A Langley participant in the Ottawa convoy protest organized a pot luck barbecue and some parking lot hockey games for kids at the George Preston rec centre on Saturday, Feb. 26.

John Bancroft, an excavator operator who lives in Brookswood, said he would like the event to lead to other, similar in-person meet-ups, to start a process of reconciliation and help heal divisions in the country.

“Just getting everyone shaking hands again and talking. Once we get that going, it will all fix itself.” 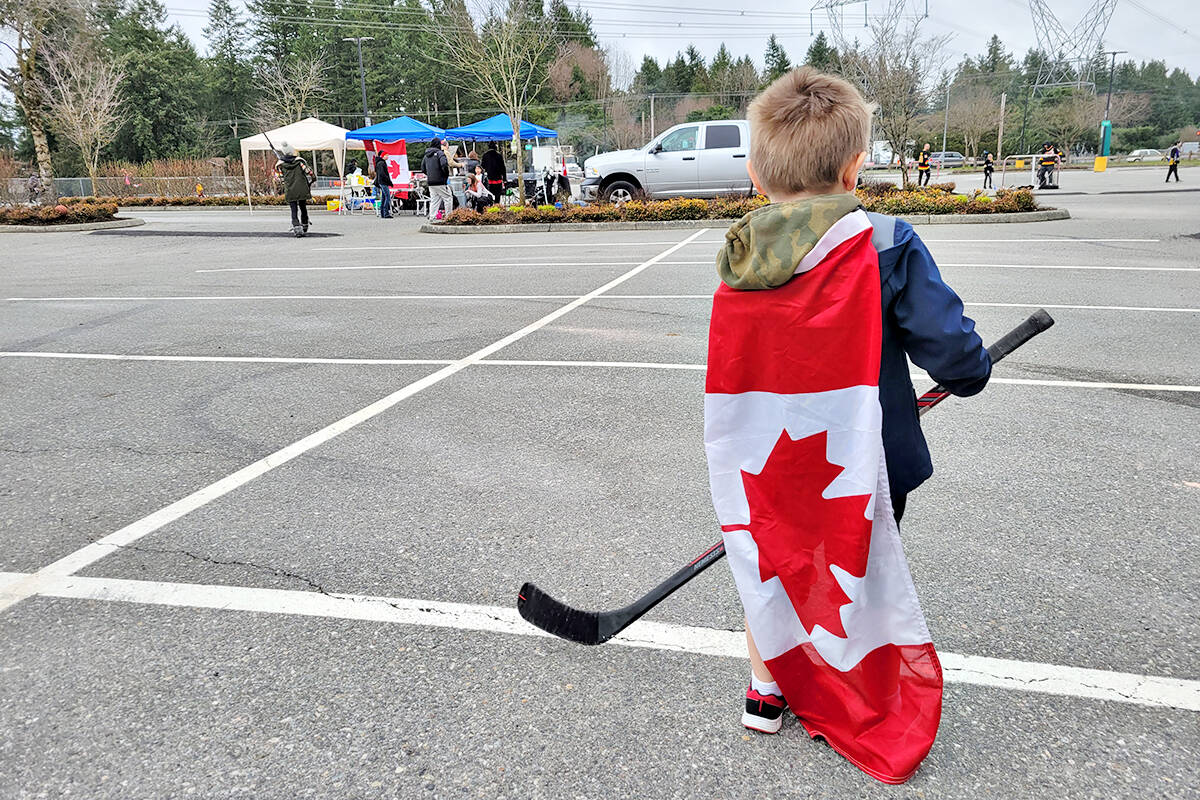 The George Preston get-together was not, he stressed, about the anti-vaccine-mandate protest that he took part in.

Bancroft said he left Ottawa before the police moved in and began making widespread arrests.

“I had a gut feeling,” he recalled.

His memories of the Ottawa event were positive.

“My experience was nothing but community coming together,” Bancroft remarked, adding he did not personally witness any of the reported incidents of bad behavior while he was in Ottawa.

Fortin explained the cup was created from a “garbage can and a mop bucket” after he and fellow convoy participant Ron Rotzetter decided to put an an empty stretch of street to use.

“For about two and half, three weeks, we went down every day with it and played hockey and got people to sign it,” Fortin related.

The cup was completely covered with names. 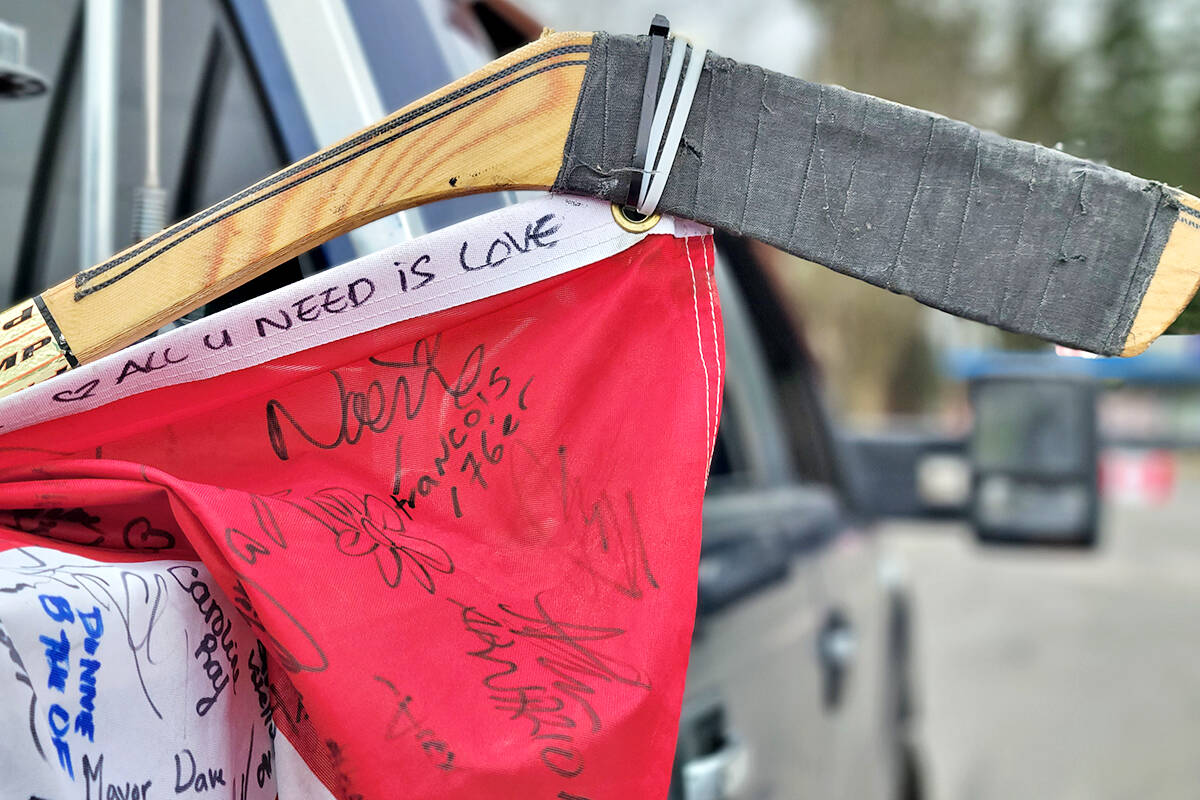 “I don’t know how many signatures are on there, but there’s a few,” Fortin said.

“A small fringe minority, let’s go with that.”

“I wanted to leave with that experience of the unity. That’s what I saw, the whole time I was there, the unity.”

The event was held without permission from Langley Township, but Mayor Jack Froese noted that while the municipality generally doesn’t rent out parking lots, they also don’t prevent people from meeting up in an empty lot, as long as there are no violations of laws or regulations, such as liquor laws.

“People use our parking lots for meetings all the time,” Froese said.

Bancroft is planning a second event at George Preston on Sunday, March 6 starting at 9 a.m.

More photos from the event can be seen online.