Police, fire and ambulance crews responded to a two-vehicle crash at the intersection of 208th St. and Fraser Hwy. Sunday morning, Dec. 12. 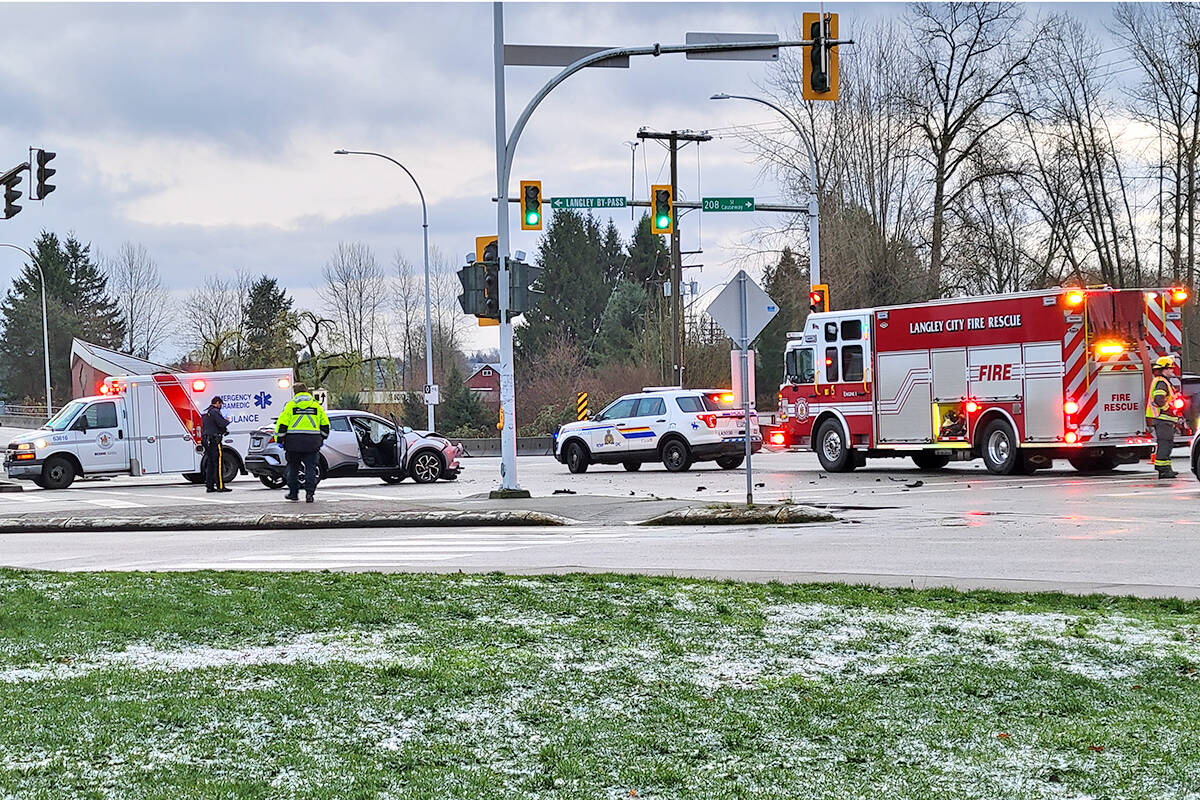 No serious injuries were reported, and traffic through the intersection was restricted while police took statements.