Southbound traffic was blocked off on 200th Street at Willowbrook Drive near the Langley Bypass Saturday afternoon (Nov. 14) in Langley after a truck and sedan crashed at 2:10 p.m.

The force of impact was enough to trigger both the truck and car air bags, but no serious injuries were reported.

Traffic was blocked off for over an hour until debris could be removed and the damaged vehicles could be towed.

The scene of the crash is the fourth most accident-prone in Langley, according to ICBC stats.

The 10 most dangerous intersections in the Langley area last year were, for the most part, located along Highway 1 and 200 Street, with the most accident-prone being the highway on- and off-ramps at 200 Street, where 252 crashes were recorded in 2019. 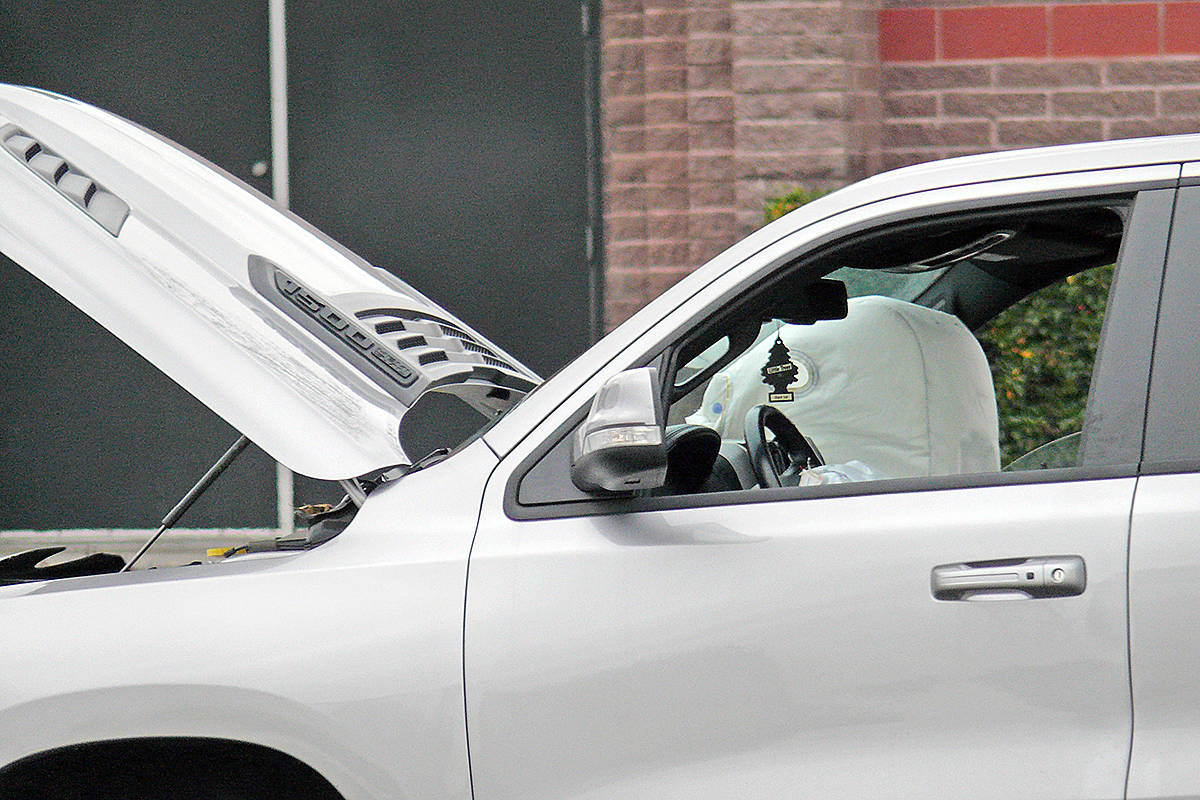 A collision involving a pickup truck and a car closed 200 Street near Willowbrook for more than an hour Saturday, Nov. 14, 2020 (Dan Ferguson/Langley Advance Times)

The MP launched the attack during question period