A second alarm was called, bringing in additional firefighters to the scene.

In all, five Langley Township vehicles and about 30 firefighters were called to battle the stubborn fire.

Excavation equipment was called in to dig a trench to separate the smouldering mulch from unburned material.

Deputy Langley fire chief Bruce Ferguson said initial indications suggest the cause of the fire was spontaneous combustion, the result of the material sitting there for about three months during some especially hot weather. 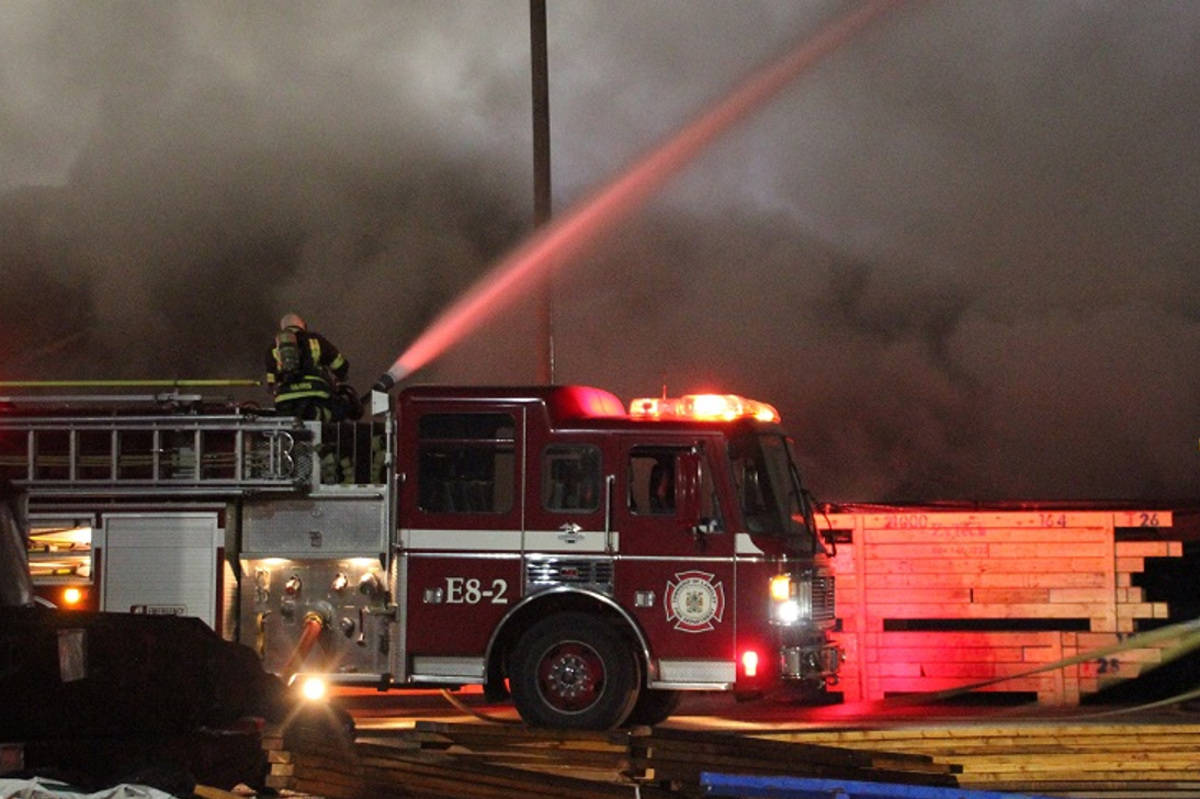 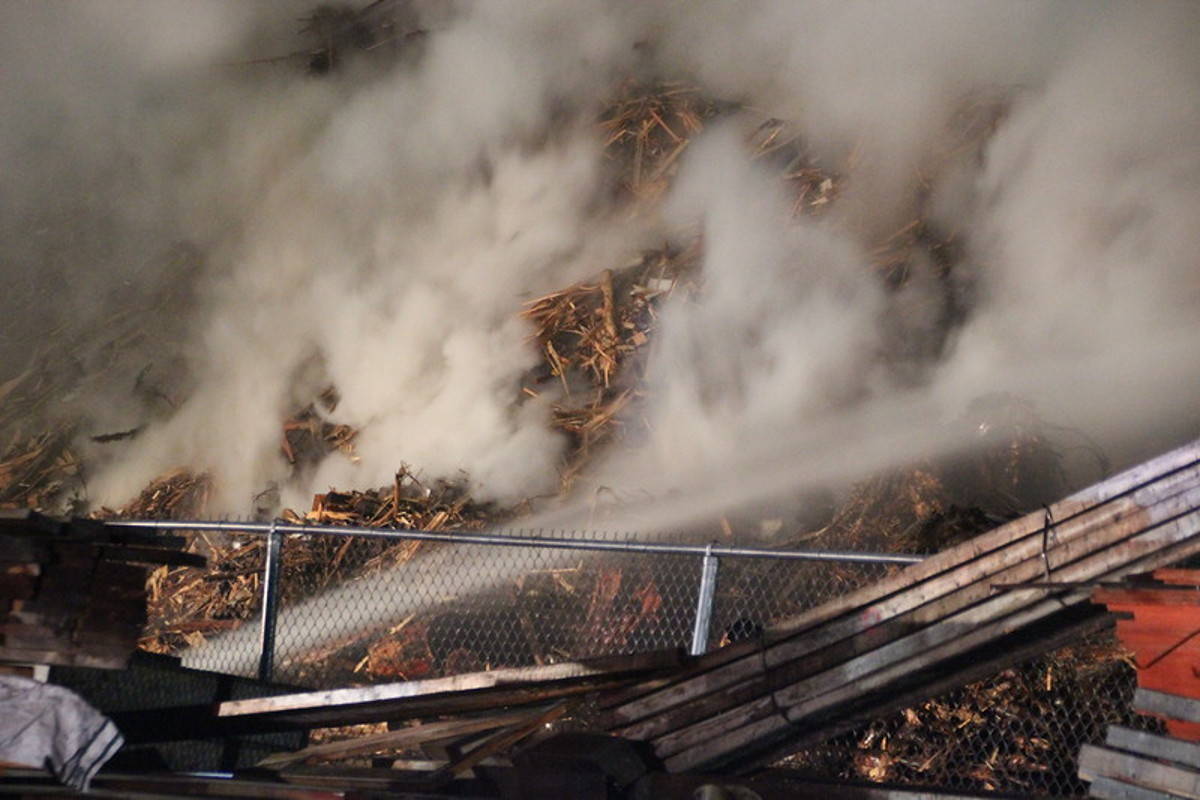 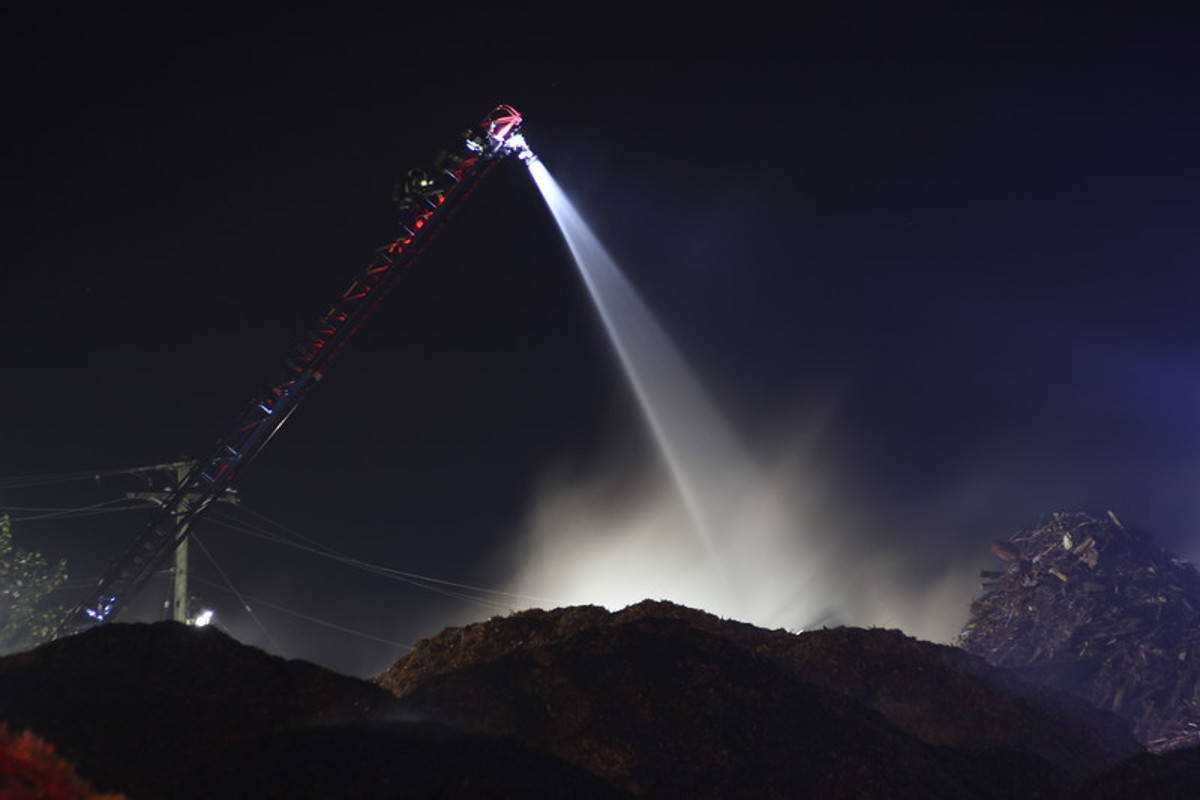 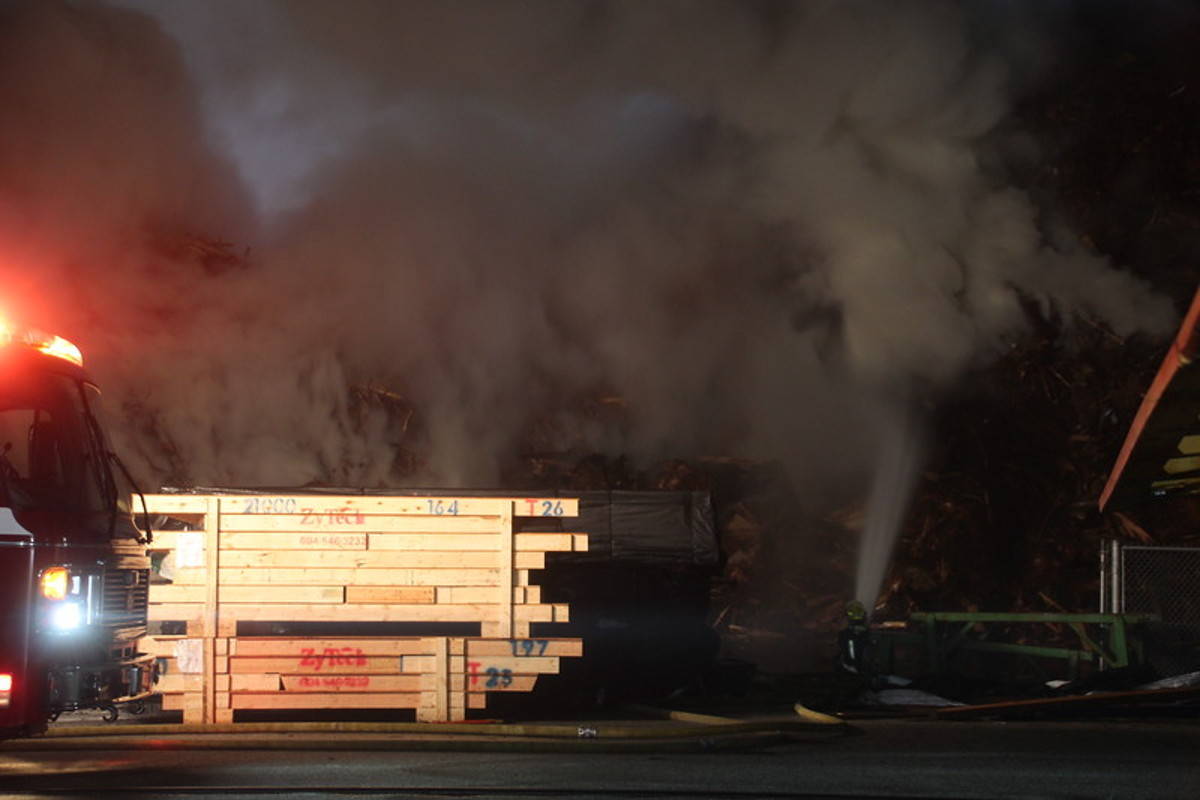 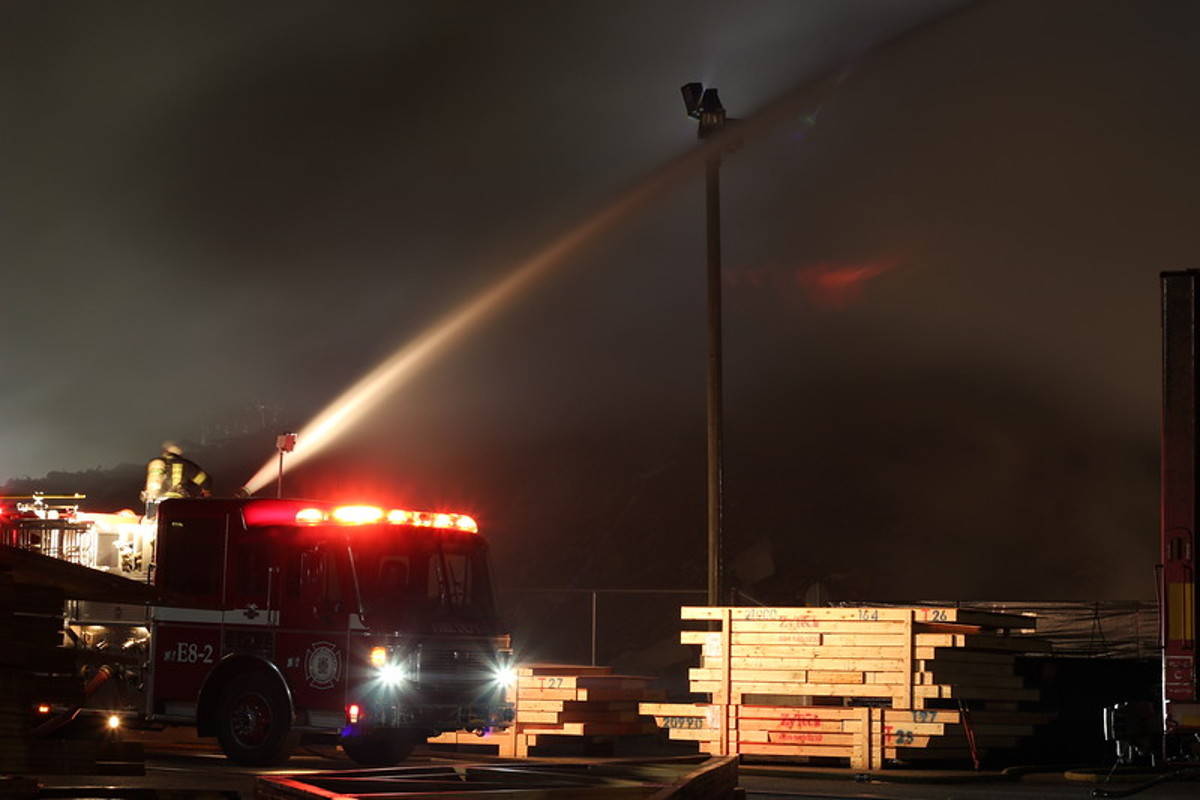 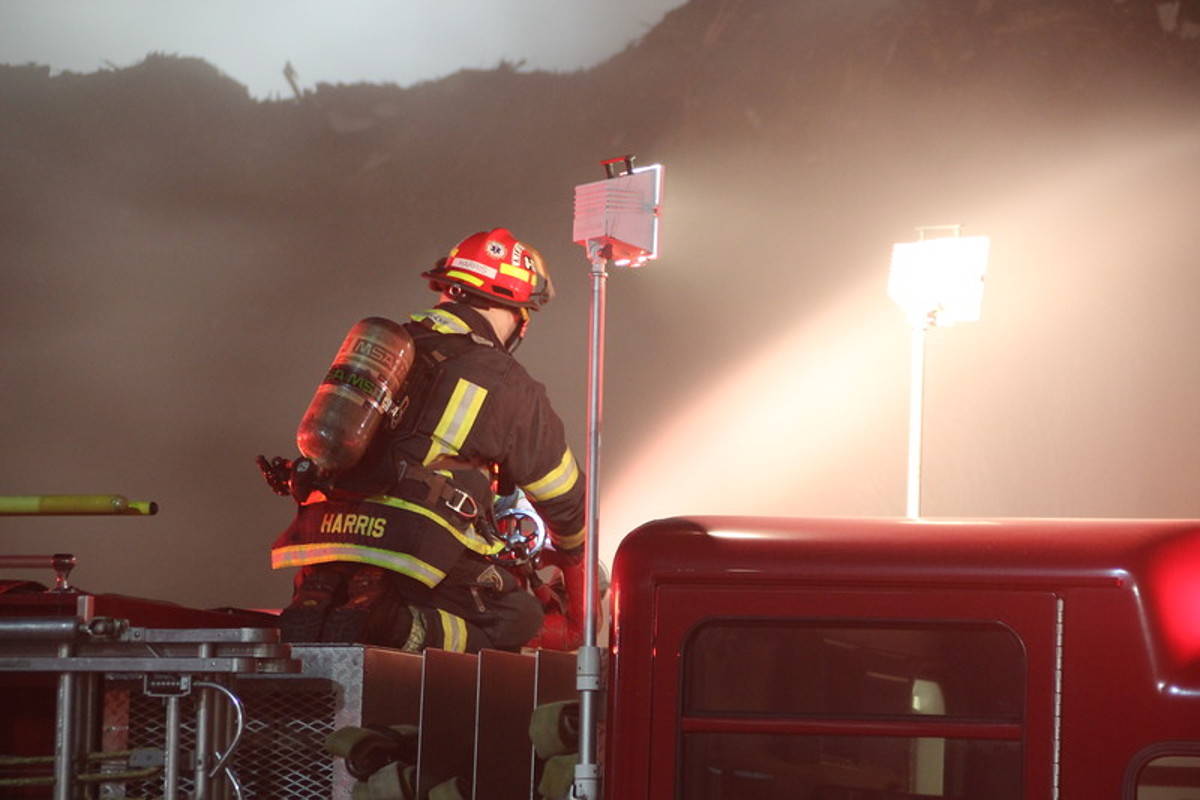 Fire lights up the night skies in Langley