A fire that damaged a boarded-up building in Fort Langley on Sunday afternoon was described as “suspicious” by Langley Township assistant fire chief Dale Steeple.

Steeple told the Langley Advance Times that while the exact cause hasn’t been determined, there was no gas or electrical service to the “abandoned” building near Mary Avenue and Church Street.

Langley RCMP Cpl. Holly Largy said investigators believe it to be a case of arson.

Crews arrived to find smoke and fire coming from the building.

A second alarm was ordered to bring in more crews.

At its height, 20 firefighters and six vehicles were at the scene.

What Steeple described as “a good, aggressive exterior attack” opened up the building and the fire was quickly extinguished.

The area was cordoned off for about two-and-a-half hours while crews remained at the location to handle any remaining hot spots.

Seeple said the building has apparently been slated for demolition. 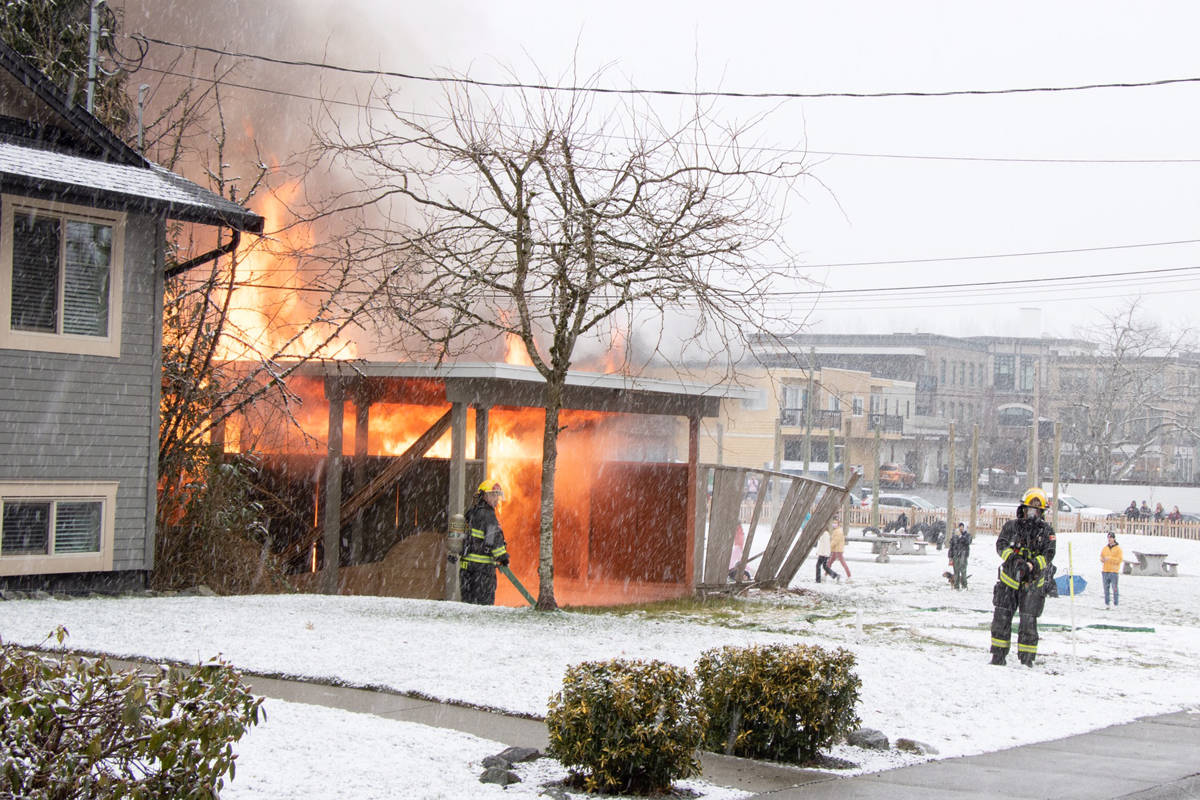