Homeless people told the Langley Advance Times the fatal shootings of two people on Monday, July 25, represented an escalation of the harassment they already endure, and they are concerned there will be more such incidents.

Stephan Steinfest, 55, originally from Aldergrove, has been living on the street in Langley City for the last two months.

“I knew it was coming, and it’s coming again.”

He was planning to spend the night outside a local community police station.

“I’m going to sleep at the police station, up there in the front yard. Safest place there is,” Steinfest told the Langley Advance Times. “I was at the fire department last night.”

An emotional Anita Soderquist from Vineyard Church, who works with the homeless, was horrified by the news.

“I know so many of the homeless people because I work with them, and my ex-husband is on the street part-time, and it breaks my heart to know that people are out there knocking off my friends.” 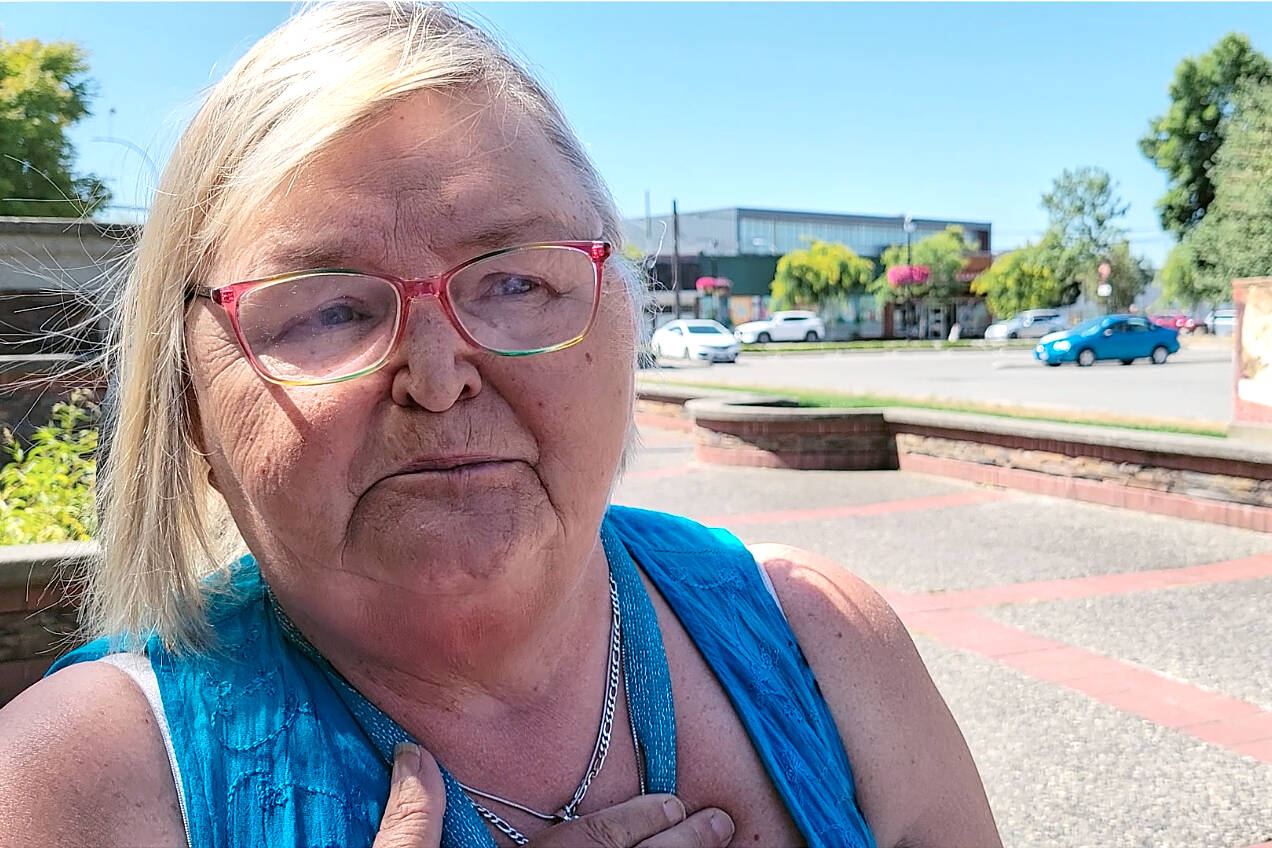 A horrified Anita Soderquist, who works with the homeless in Langley City, said the news someone shot and killed homeless people ‘breaks my heart.’ (Dan Ferguson/Langley Advance Times)

A homeless man who didn’t want his name used or his picture taken claimed to have been in the area and fled when he heard shots fired in the parking lot of the Cascades casino.

“I heard the shell casings hit the ground,” the man told the Langley Advance Times.

“I wasn’t sticking around.”

He said he didn’t see anything, but said it sounded like the weapon may have been a bolt-action rifle.

“I had my legal firearms licence when I was 19,” the man said.

Ask if he felt threatened, the man said it would depend on whether it was a targeted attack against specific individuals.

“Sometimes, there are groups of people who do [illegal] things together,” he speculated.

“If it was completely random, and the homeless people didn’t do anything, I’d be concerned.”

Another homeless man. who was sitting in the shade of a tree not far from the shooting scene outside the Casino, said harassment for being homeless was nothing new, with vigilantes posting pictures of homeless people to social media.

“The community’s been targeting homeless people for a while,” remarked the man, who declined to give his name.

“It’s not new. What’s new is people are taking shots with bullets instead of their phones.”

“It’s an everyday thing,”another homeless man, who also wished to be anonymous, said.