Homicide investigators have identified the man found shot in the back yard of a Langley townhouse complex Thursday night.

Dai Duong Duong of Abbotsford, 21, was found in the 8100-block of 204th Street at 10:45 p.m. Thursday night. The complex is across the street from the Church of Jesus Christ of Latter-Day Saints temple.

Langley RCMP swarmed into the area after receiving 911 calls about shots being fired. Duong was rushed to hospital where he was pronounced dead.

Duong was known to police and believed to be involved in gang activity, according to Cpl. Frank Jang, spokesperson for the Integrated Homicide Investigation Team, which has taken over the case.

IHIT on scene in 8100 block 204 St #langleybc for overnight shooting that left 1 dead. Believed to be targeted. More info to follow later. Have info? Contact @HomicideTeam

“We are asking that any witnesses to the event that have not yet spoken to police, please contact IHIT,” said Jang. “There are people who knew Mr. Duong that may have information that could help us solve his murder. I urge these individuals to come forward and speak with IHIT.”

The murder is believed to be a targeted killing linked to other gang violence in the Lower Mainland.

Police cordoned off the complex for the investigation. By Friday morning, the cordon had shrunk to one corner of the dense townhouse complex, and a group of units that are adjacent to a construction site.

One nearby resident, who asked not to be named, said he heard four shots just after 10:30 p.m.

There were two shots, then 15 seconds later another two shots, he said.

“All the cops showed up five minutes later,” he said.

Four officers walked through the area after that, two of them carrying semi-automatic rifles.

The resident said there hadn’t been any issues with the residence where the shots were heard before.

The location is several blocks away from a previous incident in October in which shots were fired in a different Willoughby development. 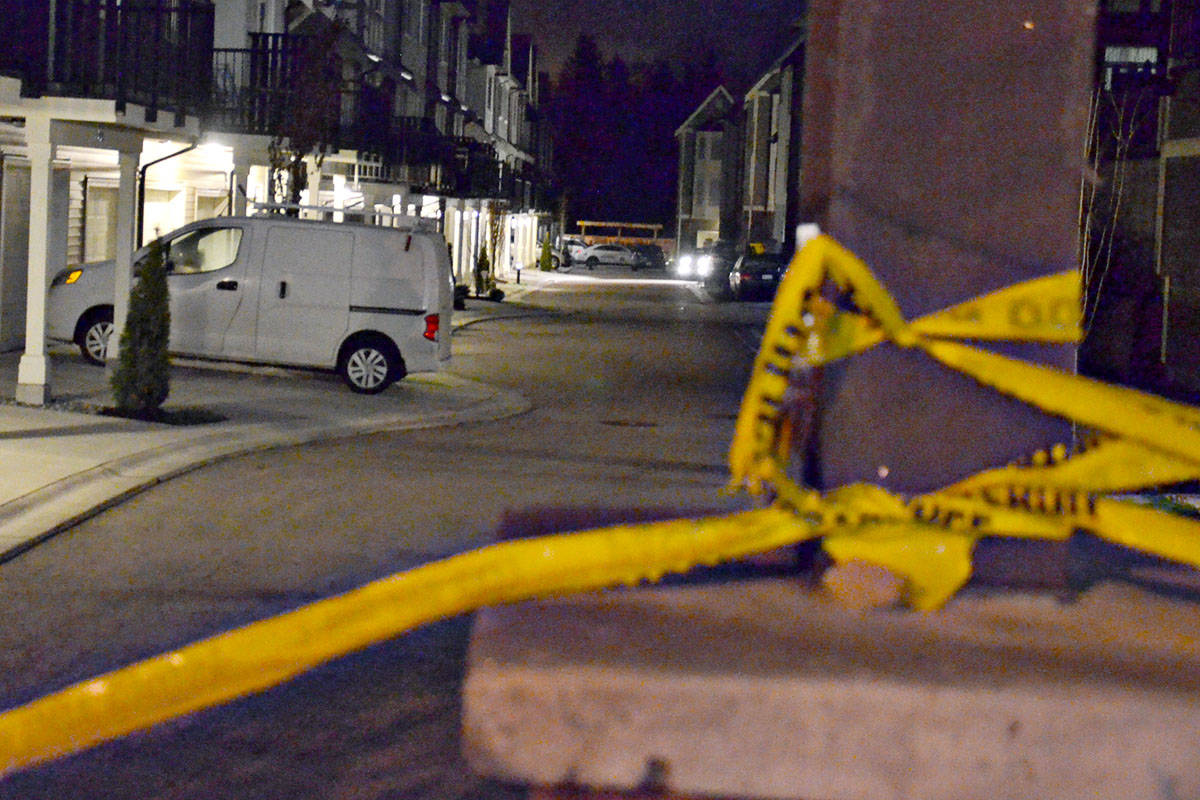 Police tape remains up Friday morning after reports of a fatal shooting in a townhouse complex in Willoughby. (Heather Colpitts/Langley Advance)