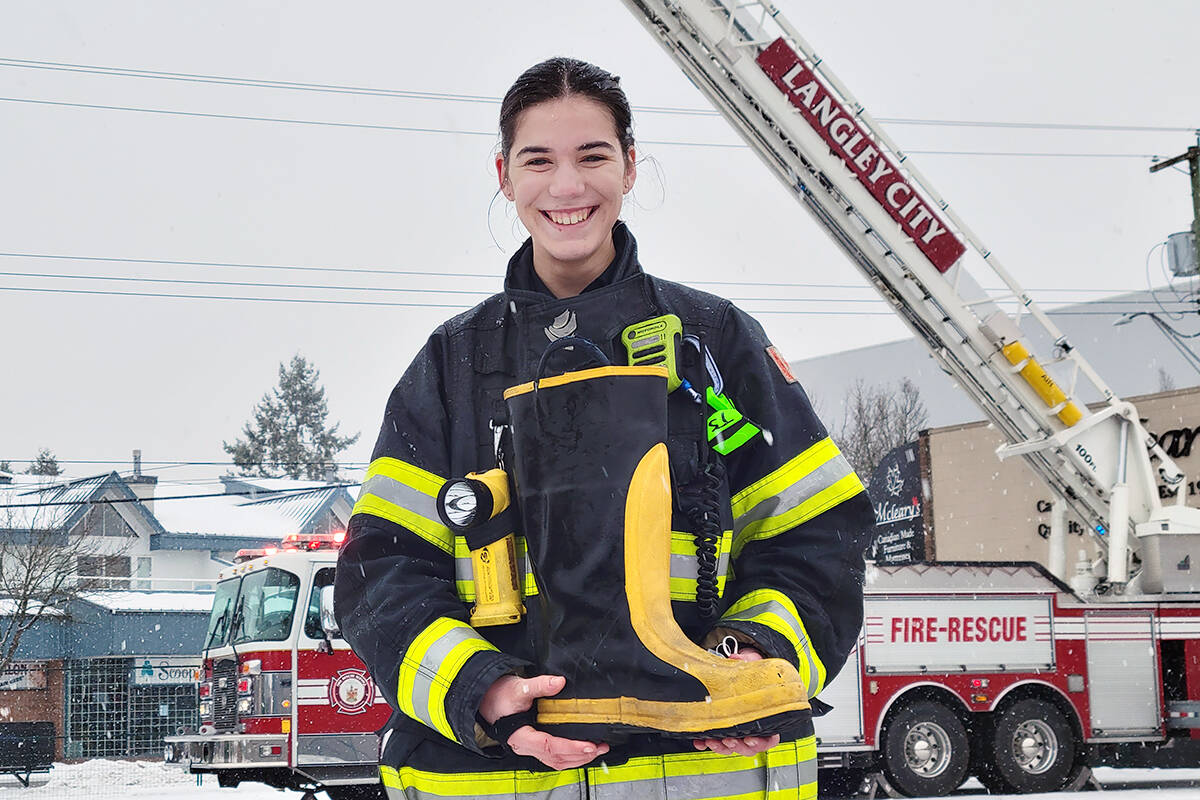 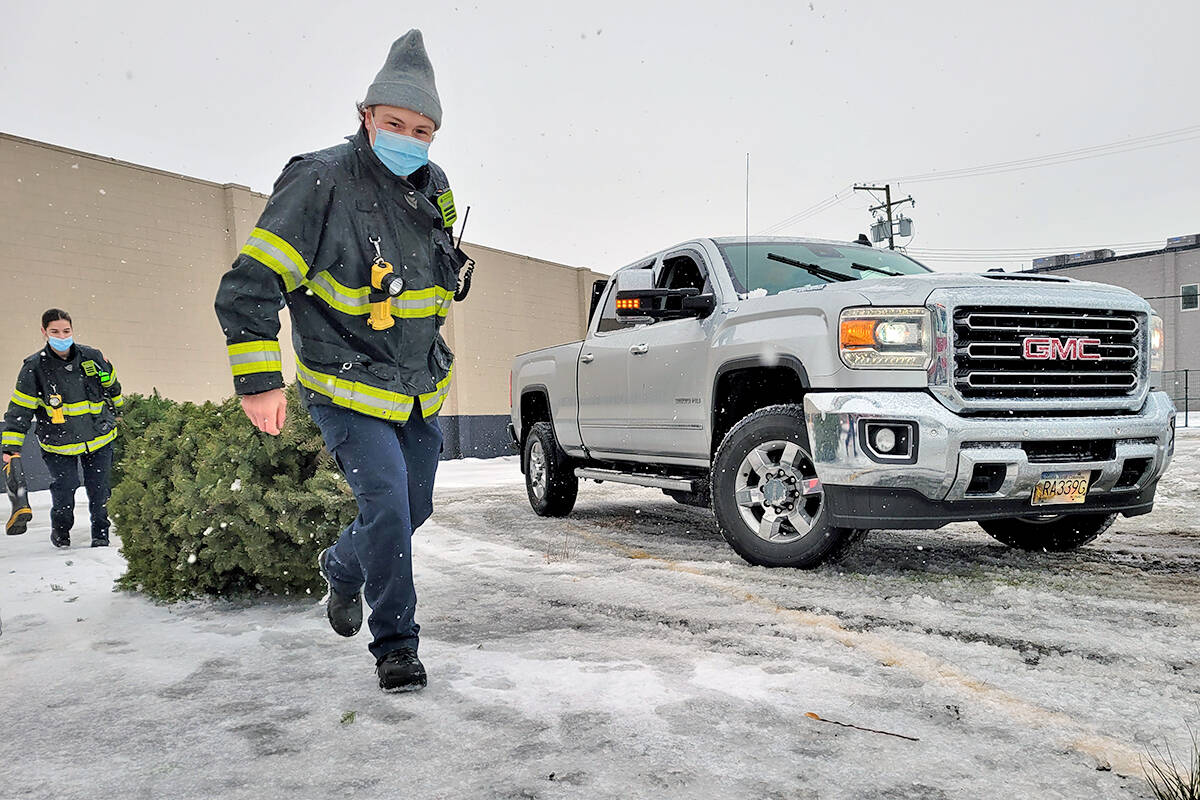 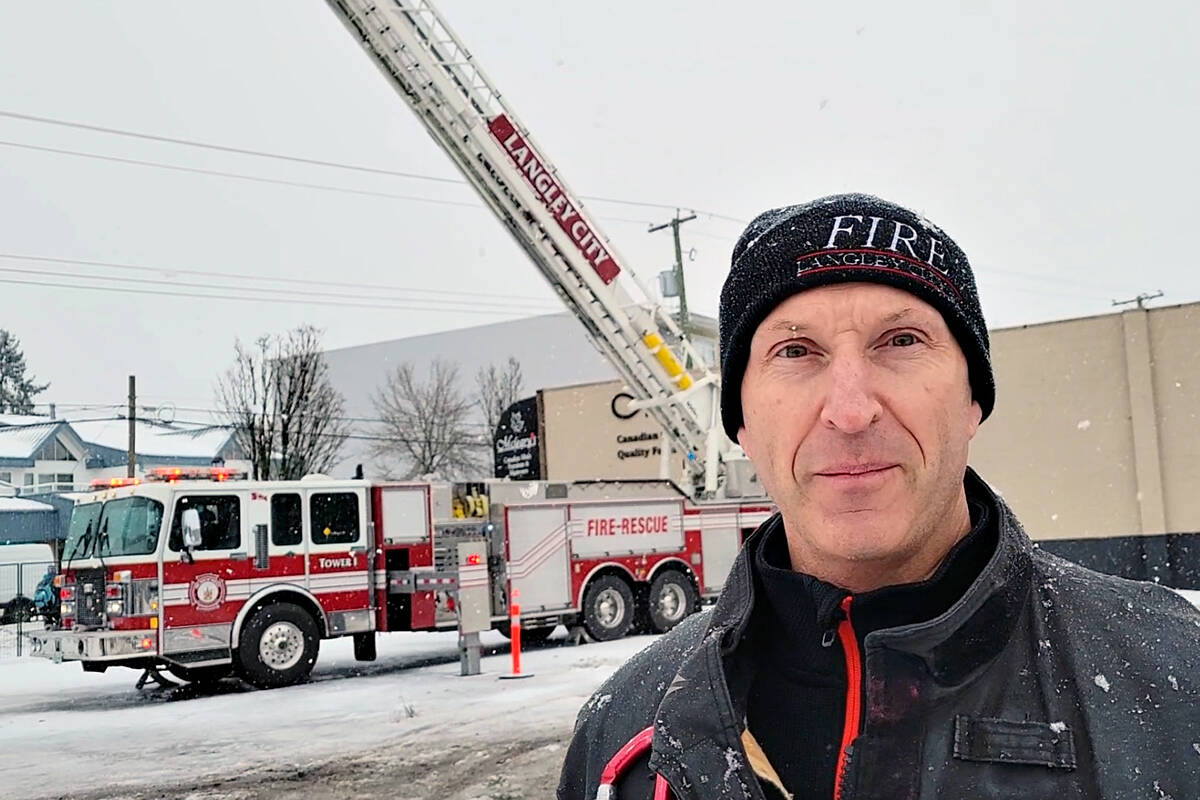 About $3,000 was raised by Langley City paid on-call firefighters at their very first tree chipping and bottle drive, held Saturday, Jan. 8 and Sunday, Jan. 9 at the former site of Gabby’s nightclub.

Much of it was cash donations from people who dropped by the site on Fraser Highway and 203rd Street, said Mark Scelsa, a firefighter with 10 years at the Langley City department.

And even though they were open for a shorter period on Sunday, they received more donations that day – likely because the weather had improved, he speculated. 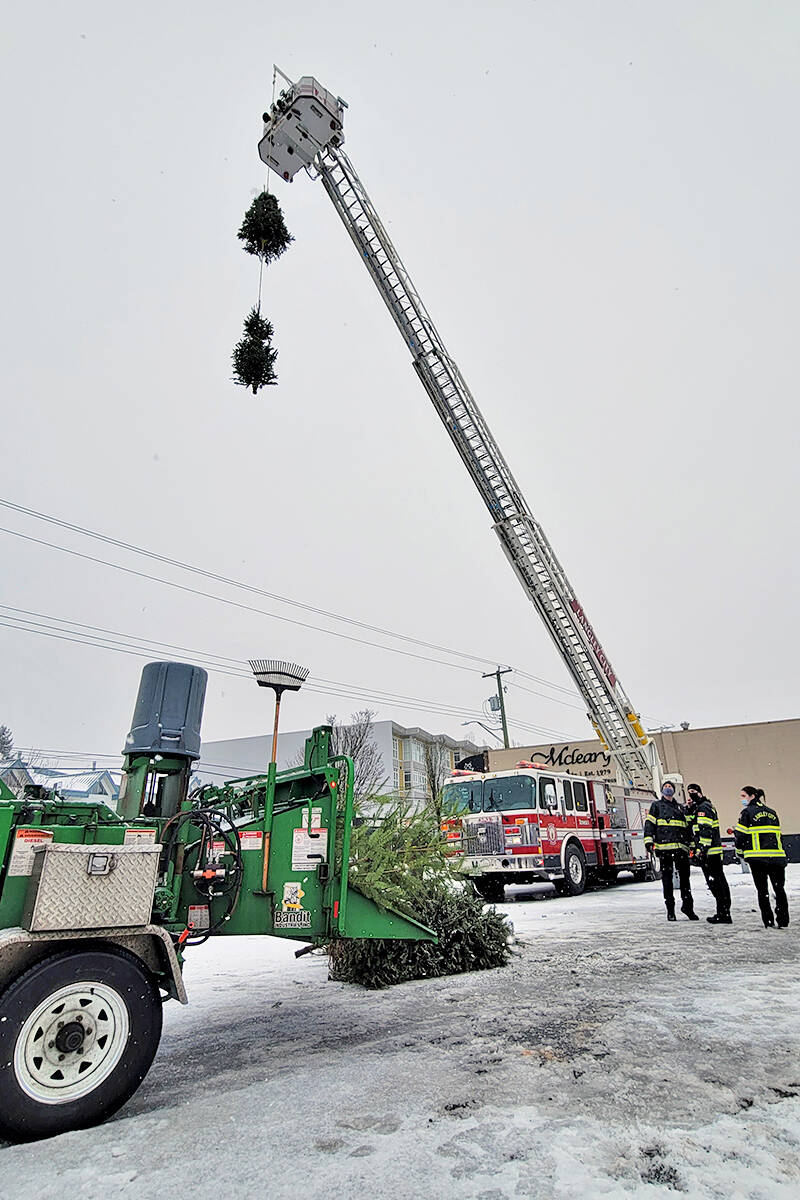 Fundraising efforts through the registered non-profit firefighters organization have been hampered by the pandemic, which is why they decided to try something different, Scelsa explained.

He thinks there’s a good chance they will be back at the site with another tree chipping event next year.

Funds raised from the event will go to local charities and community initiative, including – this year – Mamas for Mamas.

Ashley Chalmers, a Langley realtor and volunteer fundraiser for the Vancouver chapter Mamas for Mamas, was on hand Saturday to see the contributions coming in.

It is a national charitable organization that supports mothers and caregivers in crisis by providing ongoing support to individuals and families facing various poverty-related struggles.

“We envision a future where no mama or child is left behind,” Chalmers said.

She described the tree chipping as “a great way to be helping our charity and the community.”

Scelsa said thanks were owed to the owner of the former Gabby’s site, Kerr Properties of Langley, for agreeing to let the firefighters use the currently vacant lot, Horizon Landscaping of Langley for donating their tree-chipping services, and Cloverdale Fuel for disposing of the ground-up wood.

All funds raised from the tree chipping will go to charitable and community initiatives, not to pay for gear or equipment. A previous story about the event contained incorrect information.