Melanie Zabel, Mae Malone, Parker Zabel and Derek Zabel drove in from Cloverdale to sample the wares at the drive-through version of the Greater Vancouver Food Truck Festival held in the Christian Life Assembly parking lot on Sunday, Sept. 13.

They had pulled over to the side to eat, but were planning another trip through the line-ups before the event ended at 6 p.m.

“We started with wings,” Derek told the Langley Advance Times.

Their vehicle was among an estimated 1,000 that turned out for both days of the weekend event, providing a much-needed boost to the bottom line of an industry that is struggling.

Most who attended, like the family from Cloverdale, visited more than one truck while they were there.

Festival co-organizer Kat King, who operates a Langley-based business with six trucks with her husband, estimated their revenues were down 76 per cent because of the pandemic that has shut down the many public fairs that are a crucial sources of income.

Pre-pandemic, she said, the festival would usually set up around two dozen trucks and live entertainment, all of it close together, with people walking from truck to truck.

On Saturday, there were seven trucks, on Sunday, six, all well-spaced.

As people in cars queued up, order takers with masks and gloves were delivering the requested food items by tray.

It was billed as a “pandemic proof event,” one that allows people to feel safe and still have the full food truck expetiuence.

King said the industry is adjusting.

“Adapt to survive,” is how she summed it up.

COVID-19 has fostered innovation because it has “given us time to dig down into our business,” King explained.

Innovations, like the drive-through version of the event, show there is a way forward.

“Now we know that, in the spring next year, rain or shine, we can host them,” King said. 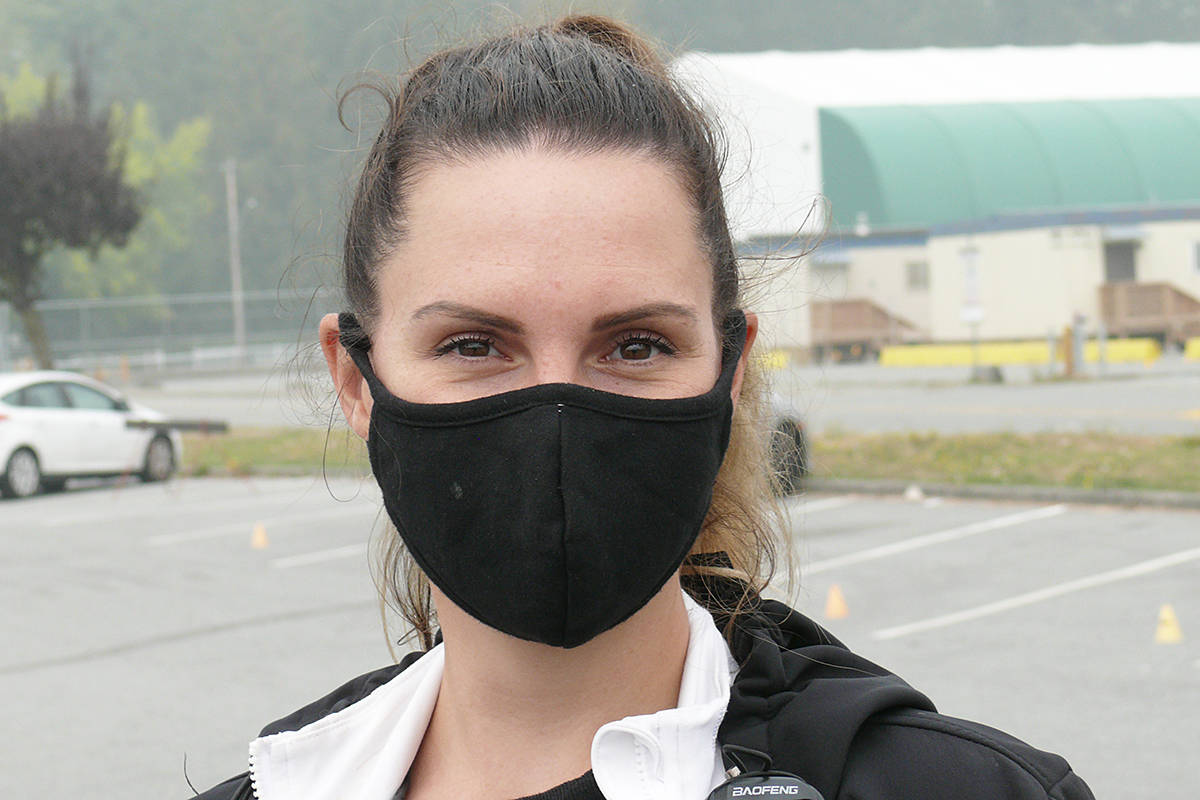 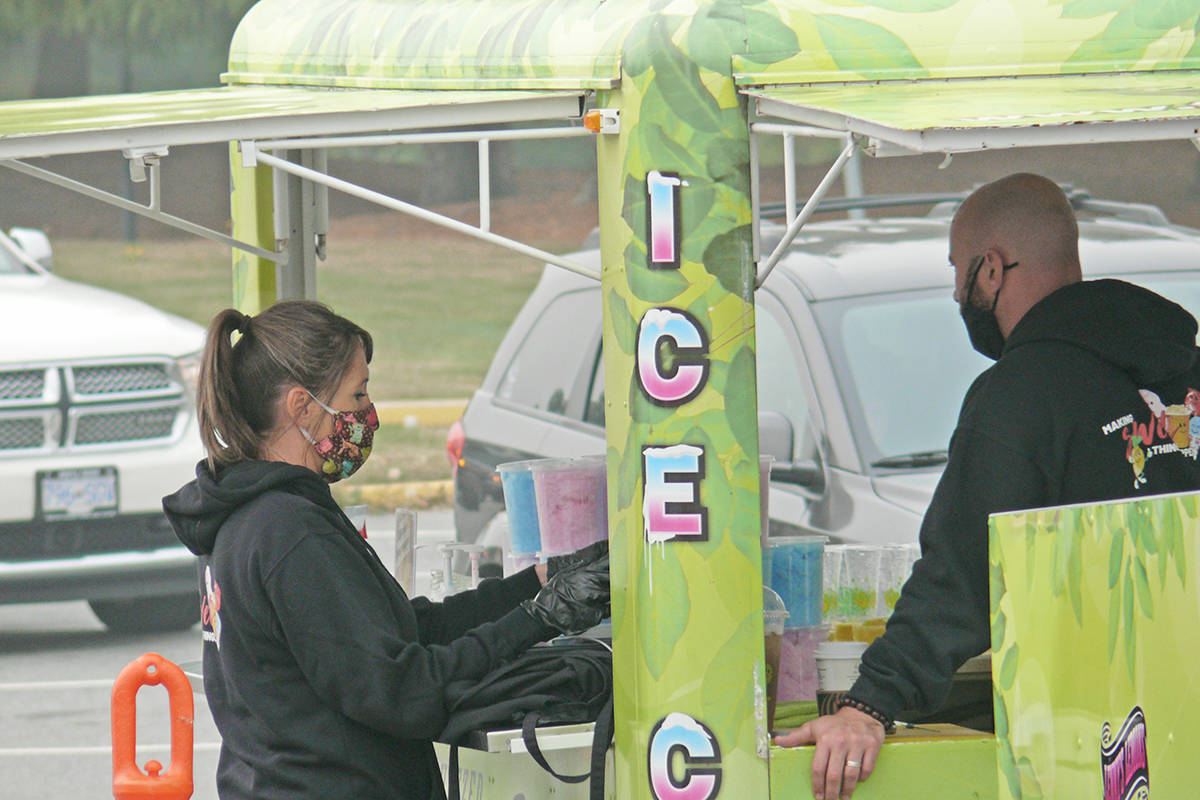