At first, she thought it was the flu.

Two days after Thanksgiving, Shantee Anaquod, 23, was busy preparing for anthropology midterms at UBC when she started “feeling weird.”

By Thursday, she could no longer keep food or water down and took herself to the hospital, only to be sent home with some Gravol.

Her symptoms rapidly became worse, and on Sunday, Shantee knew if she didn’t make it to the hospital she was going to die. She called a cab to take her to emergency, and within two hours had lost her vision and ability to walk.

By the time her mom, Jennifer, got to Burnaby General Hospital from Langley that night, Shantee had already been given four pints of blood and two bags of plasma.

“Her body was starting to shut down non-vital functions … because she only had about a third of the blood she needed in her body,” Jennifer said.

This disease — which affects only one in a million people, or between 100 and 150 Canadians — causes a protein to be built that attacks the body’s own healthy cells. This leads to many tiny blood clots being formed, which in turn shred the red blood cells as they go through the kidneys, causing the kidneys to shut down and red blood cell count to drop.

It is a genetic disease that can manifest in the body at any time and at any age, or in some people, not at all. Oftentimes, a traumatic event will trigger the mutated gene to begin producing the destructive protein.

Upon this diagnoses, Shantee was transferred to Vancouver General Hospital to begin plasma exchange, a treatment that removes damaged plasma from the blood and replaces it with donor plasma.

But doctors soon had to stop the treatment as Shantee had an extreme allergic reaction to the donor plasma that caused her to grow dozens of hives on top of each other — something the hospital had never seen, Jennifer said. It took five days for staff to get the right solution of plasma mixed with medication to stop the outbreaks.

Now, Shantee spends her days in extreme pain and a constant state of delirium, thanks to high dosages of steroids and Benadryl pumped into her jugular vein. Her kidneys have completely shut down, and she has recently contracted pneumonia as well from the fluid buildup in her lungs.

“She had headaches so bad she just couldn’t function,” Jennifer said. “She was begging at times, she just couldn’t go on. So they’ve worked really hard to try to get everything under control, but in order to get everything under control, she’s highly medicated. She’s on blood pressure medication every two hours. Without blood pressure medication her pressure sits at about 185/120. There’s been times where they’ve worried about her having a heart attack, having a stroke.”

But Shantee doesn’t have to be in pain.

There is one drug approved in Canada that treats patients with aHUS, and can many times return them to a regular life.

It is one of the most expensive drugs in the world, and neither Shantee’s extended medical plan, nor the B.C. government, provide coverage for it.

“That’s the conversation that keeps playing through my head. The doctor came in and he said, ‘We think you have something called aHUS, do you have extended medical?’ Shantee said, ‘Yes.’ And he said, ‘They’ll probably say no, but, there’s a drug that can help you. But it’s expensive.’ We thought we’d do fundraisers or something.

Some provinces do provide coverage for Soliris. Both Quebec and Ontario cover the full costs, while Alberta, Saskatchewan and Manitoba, provide partial funding on a case by case basis, said Margriet Eygenraam, director with aHUS Canada.

“If you ask me why the drug is so incredibly expensive, I would say it’s ridiculous, it’s over priced,” she said. “Having said that, rare disease drugs are, in general, almost always more expensive than a drug for a more common disease, just for the fact that there are not that many patients that have the disease. So if the manufacturer is doing all the research and is bringing a drug on the market, which is only used for patients that have an ultra rare disease, automatically the drug will always be more expensive.”

Before Soliris was available, plasma infusions and exchanges were generally the only treatments that were being used for aHUS. However, they do not cure the disease.

“It was something that could be used to at least try to save the patient’s life … It might save somebody from death, but there is a still a lot of major organ damage that is still being done to the body regardless of multiple plasma treatments,” Eygenraam said.

Soliris, by contrast, has the ability to stop the destructive activity altogether by blocking the part of the complement system that goes out of control.

Part of the reason why Soliris is not covered is because when Health Canada approved the drug, it was not recommended for funding by the Canadian Health Technology Assessment, Eygenraam said. That means it is up to each individual province to decide.

“There is a drug that is readily available, but is not accessible because the B.C. government is refusing to fund the drug, and I find that so incredibly maddening and beyond unjustified and unethical,” Eygenraam said.

“To let somebody suffer, so badly, when they know there is a drug that could change her life completely, get her out of the hospital — probably within a week or two — and restore her kidney function and restore her back to the 23 year old healthy girl that she was less than a month ago. I find it completely beyond — I don’t even have words for it. I’m so upset, and we as a patient organization, we will do as much as we can.”

The B.C. Ministry of Health says it cannot cover the cost of Soliris at this time due to “unclear clinical benefit” and “high treatment costs.”

“When considering PharmaCare coverage for any drug, B.C.’s drug review process relies on the findings made by independent experts from the national Common Drug Review and B.C.’s Drug Benefit Council. These arms’ length bodies have recommended that public drug plans do not cover Soliris for aHUS due to unclear clinical benefit and high treatment costs set by the manufacturer Alexion. As a result, PharmaCare does not fund Soliris as a treatment for aHUS,” said Laura Heinze, manager of media relations and issues for the Ministry of Health.

“The Patent Medicine Price Review Board — Canada’s drug price watchdog — has also found that the price Alexion Pharma set for its drug Soliris, is excessive.”

For now, Shantee will continue to spend her days hooked to machines in hospital, doing plasma exchange for three hours every day and dialysis for four hours every second day.

“One of the doctors said this is the worst case they have ever seen of aHUS. She’s really slow to respond and will take two steps forward and three steps back. Like, her platelets were up, but then her hemoglobin dropped again,” Jennifer said.

“She’s been rushed for so many MRIs, so many CAT Scans, so many different things that’s it’s just terrifying. And she’s now starting to talk about things like, ‘I’ve had an interesting life, I guess,’ kind of that end of life. Being aware that without Soliris, there is a very good chance she won’t survive.

“In the literature they call it a catastrophic event, so ending with a heart attack or an aneurysm or a stroke because of the proteins in the blood. And the percentages are high.”

Jennifer has started the Facebook Page “Help Shantee fight for Soliris” and a GoFundMe fundraiser to help Shantee while she is in hospital and cannot work. Her goal is to raise $100,000 to help cover things like rent, or eventually at-home care, as she assumed they would never be able to raise enough money for the Soliris.

On Sunday (Nov. 5), a small group held a march outside of Vancouver General Hospital as well, carrying a sign that read “#FightForShantee.”

“I try to wrap my head around what I was doing at 23, and what she must feel like being told that her life as she planned it is over,” Jennifer said. “Those plans that you have for getting married, having children, travelling, all those things for her are gone.

“We’ll keep fighting in the hopes that there’s enough attention.”

To find out more, visit www.gofundme.com/mnqqhj-fight-for-shantee. 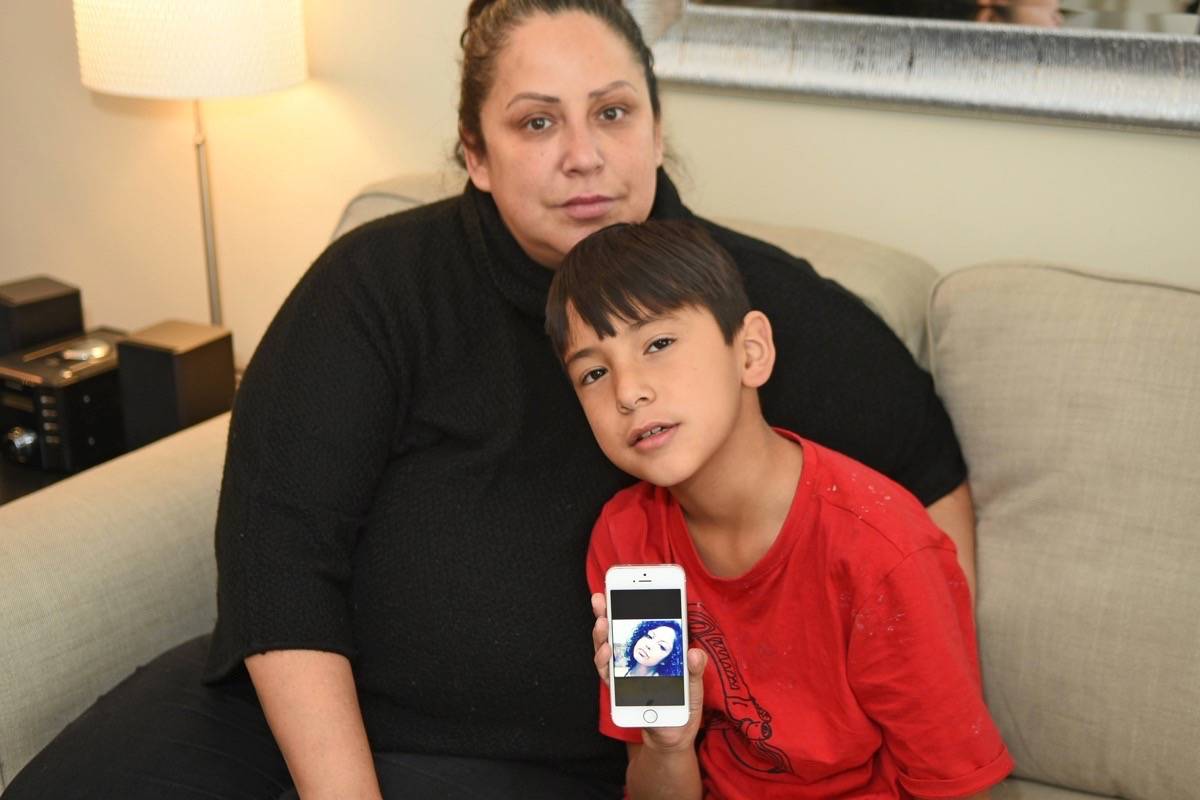 Jennifer Anaquod and her son, Jonathan, 8, hold up a picture of Shantee. Miranda Gathercole Langley Times 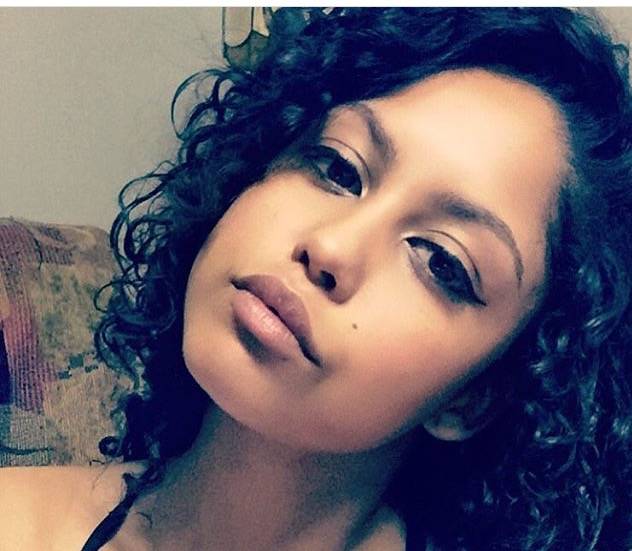 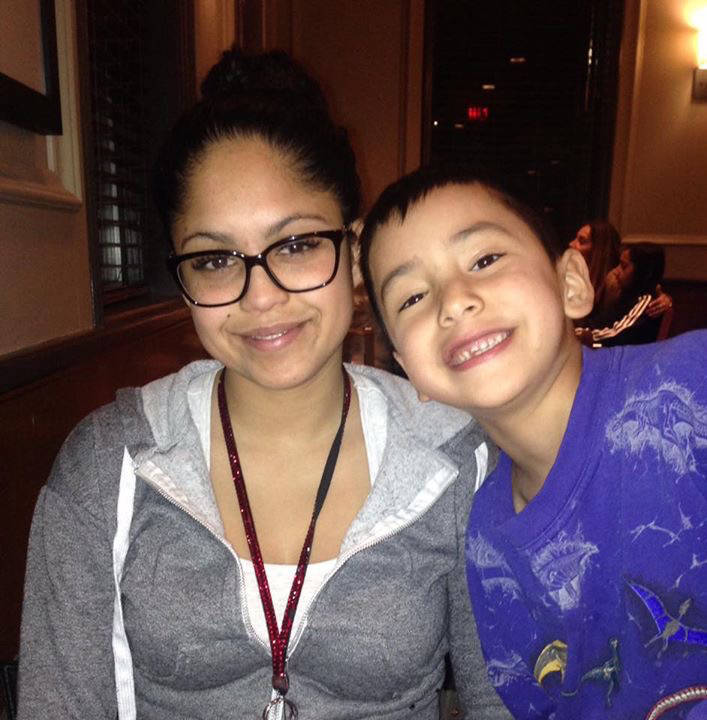 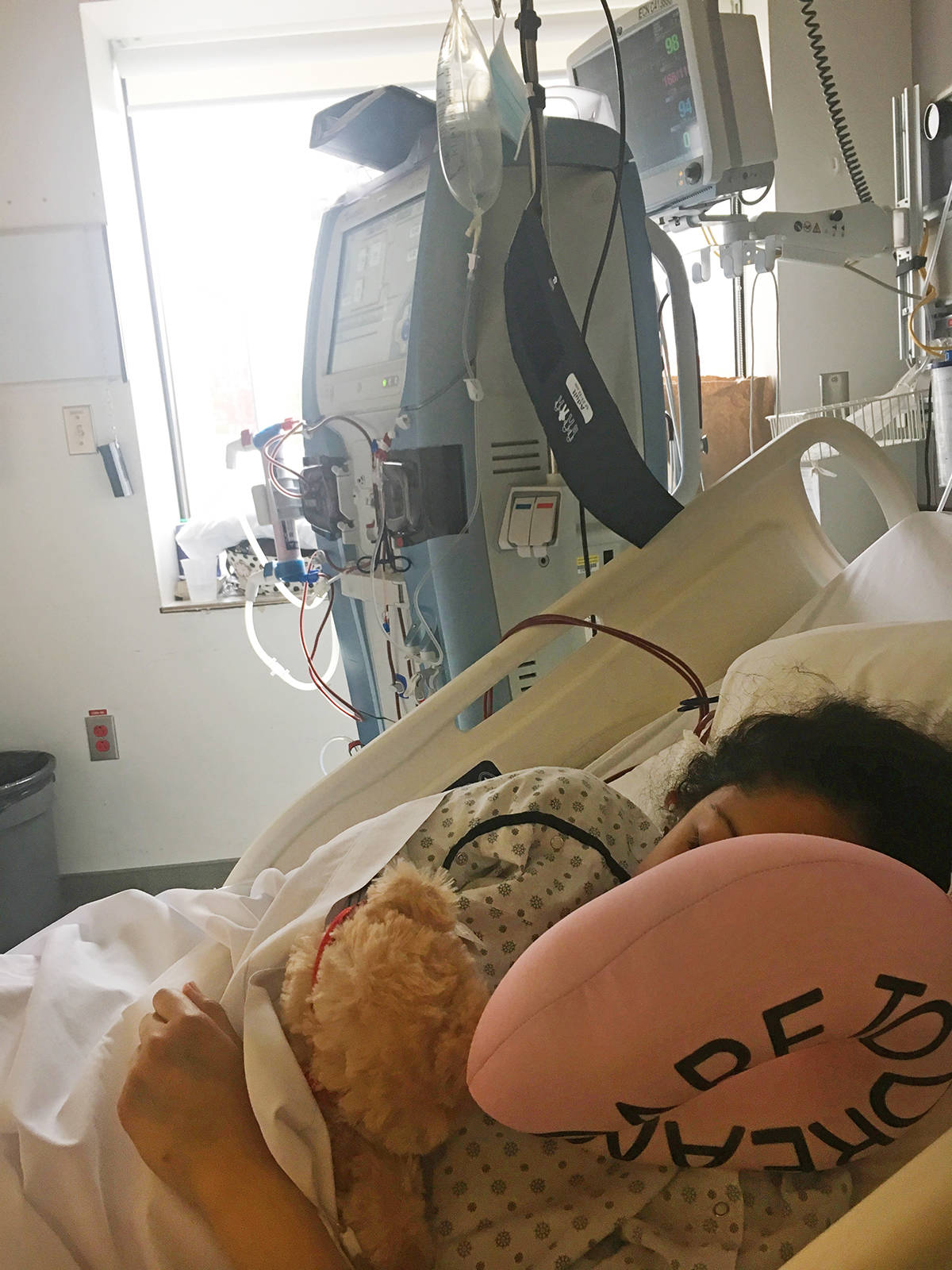 ‘We were sitting ducks’:100-year-old war veteran shares memories of Dieppe