Davidson’s family was in one of the lead cars. It was followed by hundreds of vehicles from various police forces, fire services, commercial vehicle inspection force, search and rescue groups, and other emergency personnel.

The motorcade was transporting Davidson’s body from the morgue in Vancouver to Henderson’s Funeral Home on Marshall Road.

Meanwhile, funeral plans for Davidson have been confirmed.

The full police honours service takes place Sunday, Nov. 19 at 1 p.m. at Abbotsford Centre. More details will be revealed in the coming days. 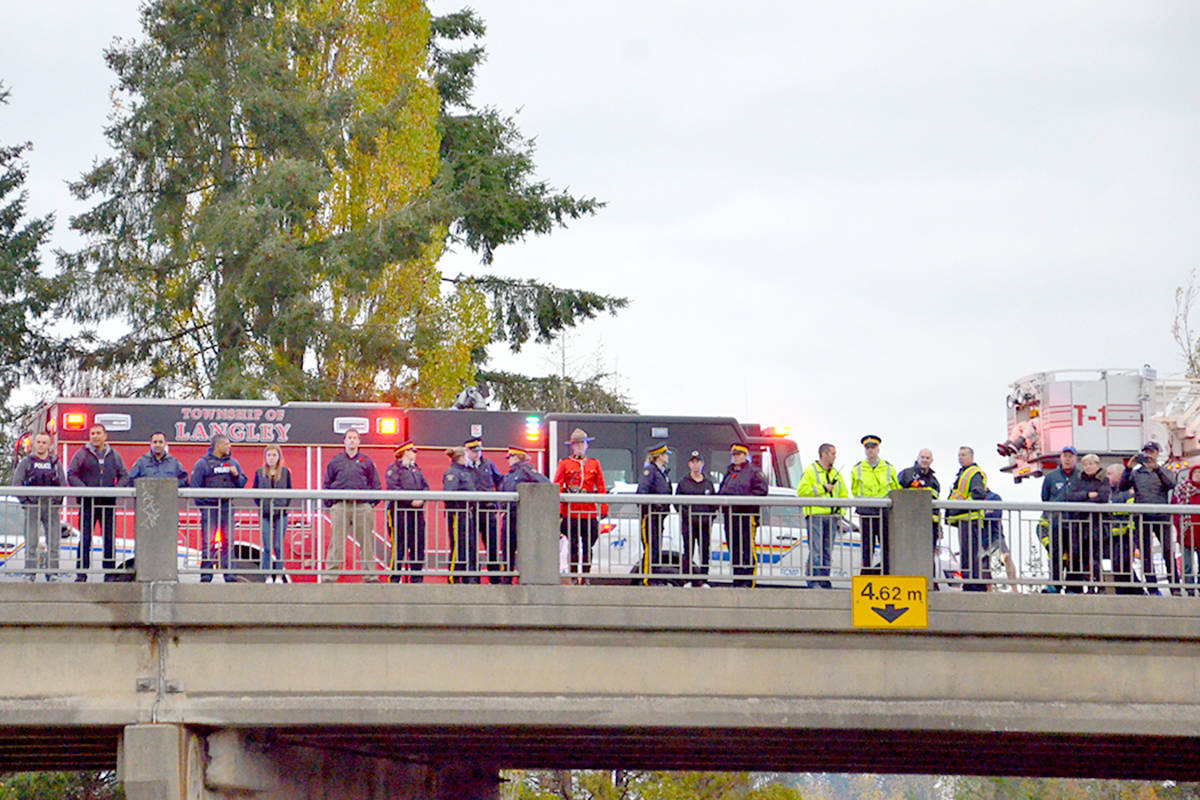 Emergency responders gathered on the overpasses of Langley and neighbouring communities as the body of Const. John Davidson was transported from Vancouver home to Abbotsford. (Heather Colpitts/Langley Advance)