The Langley Memorial Hospital Auxiliary traces its history back to a group of local women sewing bandages for the First World War.

“We were made up of a number of community auxiliaries. One was called the Thimble Club,” explained auxiliary president Thelma Boileau.

That club sewed bandages to be used on soldiers in battle.

Health care and fundraising for health care have come along way since then. Despite being a volunteer organization, the auxiliary is very business-like in its approach to fundraising for the local hospital. That is what has allowed it to announce a $1.5 million donation to the ER expansion. The contribution means the Langley Memorial Hospital Foundation has raised $8.5 million of the $15 million it said it would contribute to the $30.6 million ER project.

Dr. Richard Hsu spoke at the celebration on Saturday to announce the auxiliary donation. He described how each patient to the ER is treated in the same space, whether it’s someone having a heart attack or someone requiring stitches for a cut on the foot. The new ER will have specialized treatment spaces, more beds, and more amenities for patients, their families and health care staff.

“The new department will allow us to stop troubleshooting a space that’s not set up for modern care,” he explained.

Within the expansion, the new family waiting area will be named for the auxiliary.

A volunteer organization of mostly women, the auxiliary continues to support the hospital but how it accomplishes this has changed over the years.

Over the 15 years, the auxiliary has donated $10.5 million to Langley Memorial Hospital with this latest contribution being its biggest single donation.

In addition to providing comfort services at the hospital, the auxiliary runs the gift shop and various programs to raise funds.

Its biggest endeavour is the Penny Pincher thrift store on Fraser Highway. A squad of volunteers sort the donations into different categories. Then teams of pricers devoted to the different categories price the items which then go out onto the sales floor.

“Many of our items are fifty cents and a dollar,” Boileau said. “It takes quite a few tea cups [being sold to raise $1.5 million].”

Boileau noted that the funds will be given over a couple of years.

“We didn’t want to have our donation so large in one year that we could not continue to participate in purchasing the equipment for the hospital because there’s always need,” she said. “So we decided that we would stage this donation.” 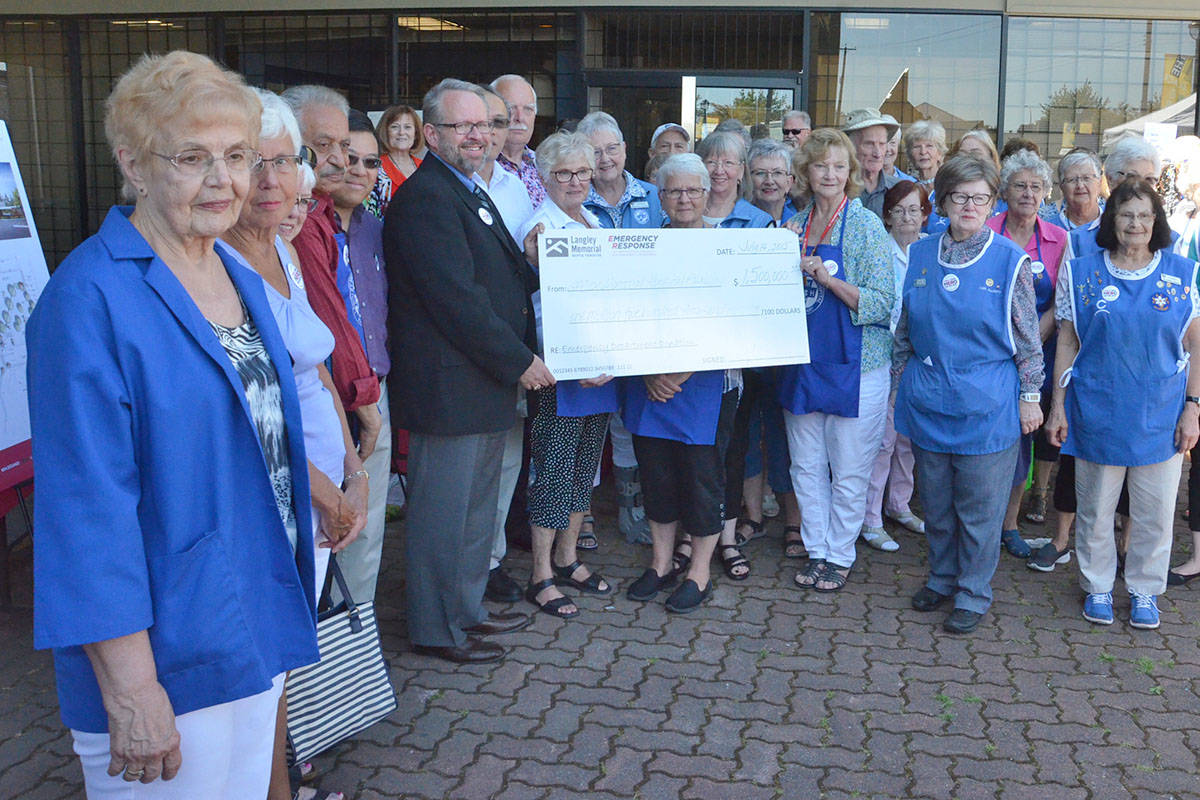 On July 14, the Langley Memorial Hospital Foundation honoured the auxiliary of the local hospital for its $1.5 million donation to the emergency department expansion. (Heather Colpitts/Langley Advance) 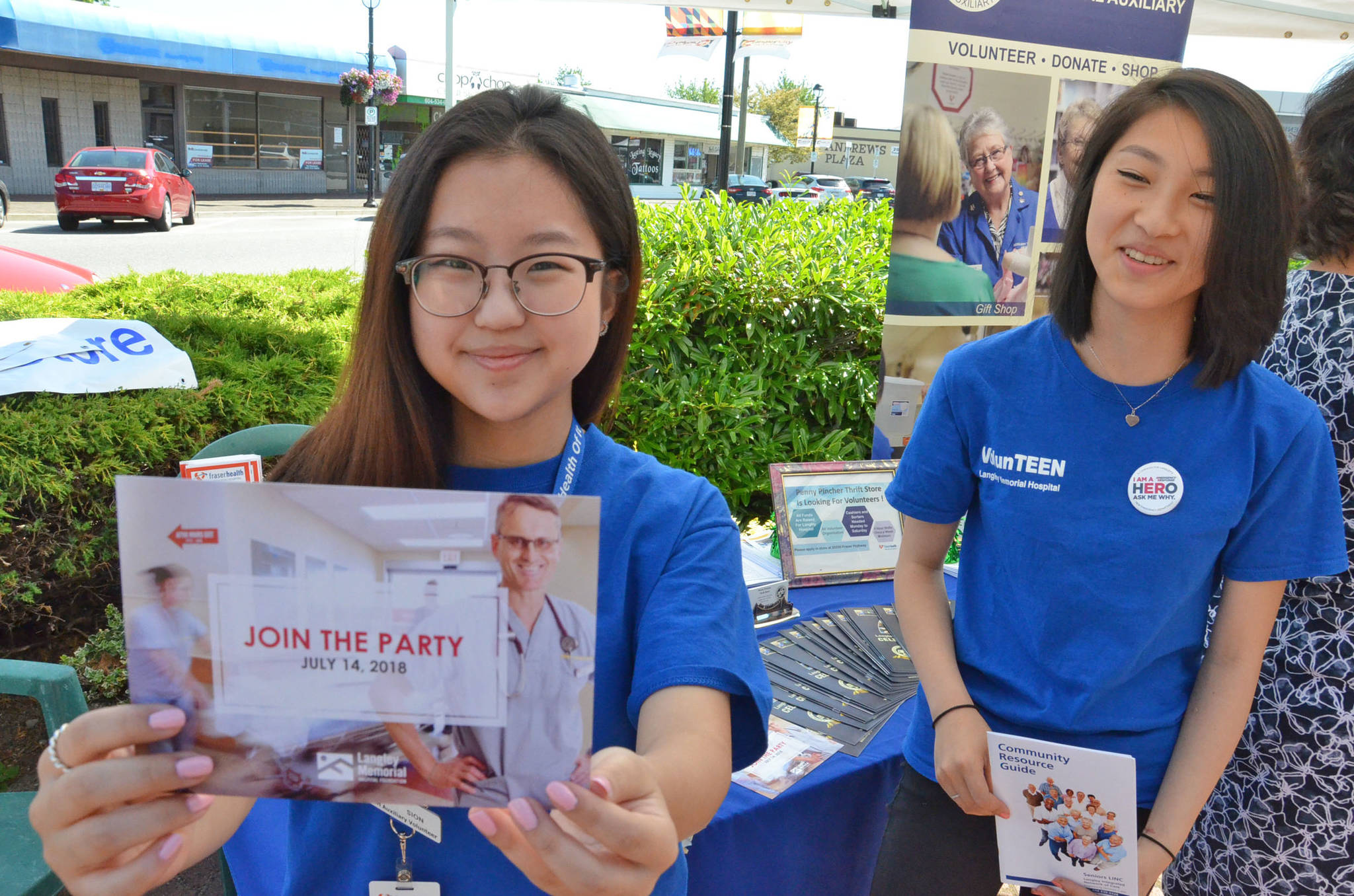 The Langley Memorial Hospital Auxiliary includes Volunteens, such as Sion Park and Yilian Zhao who were at the funding announcement on Saturday. (Heather Colpitts/Langley Advance) 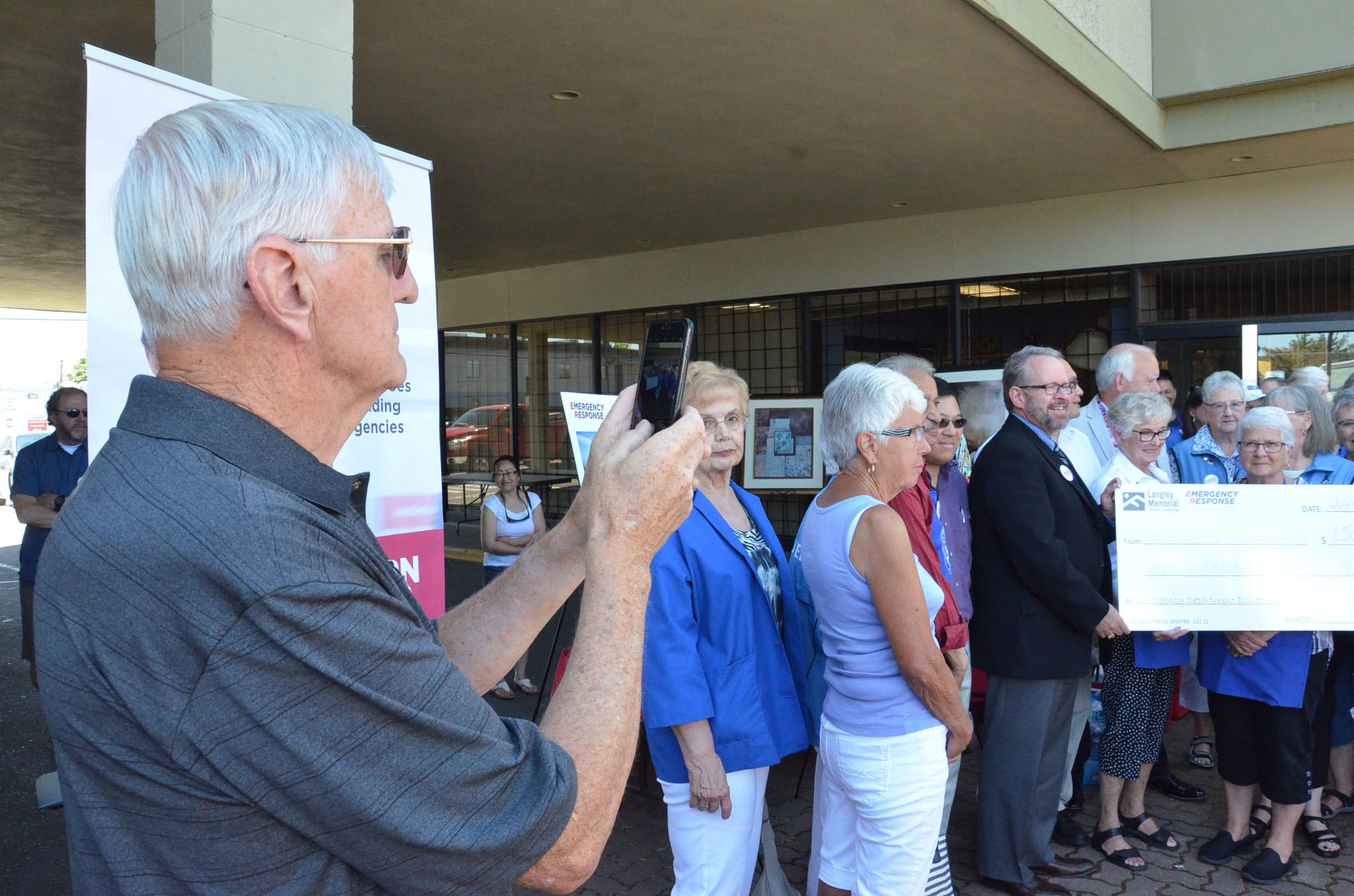 July 14 was a reason to celebrate for the Langley Memorial Hospital Auxiliary which has announced a $1.5 million contribution to the ER expansion. (Heather Colpitts/Langley Advance) 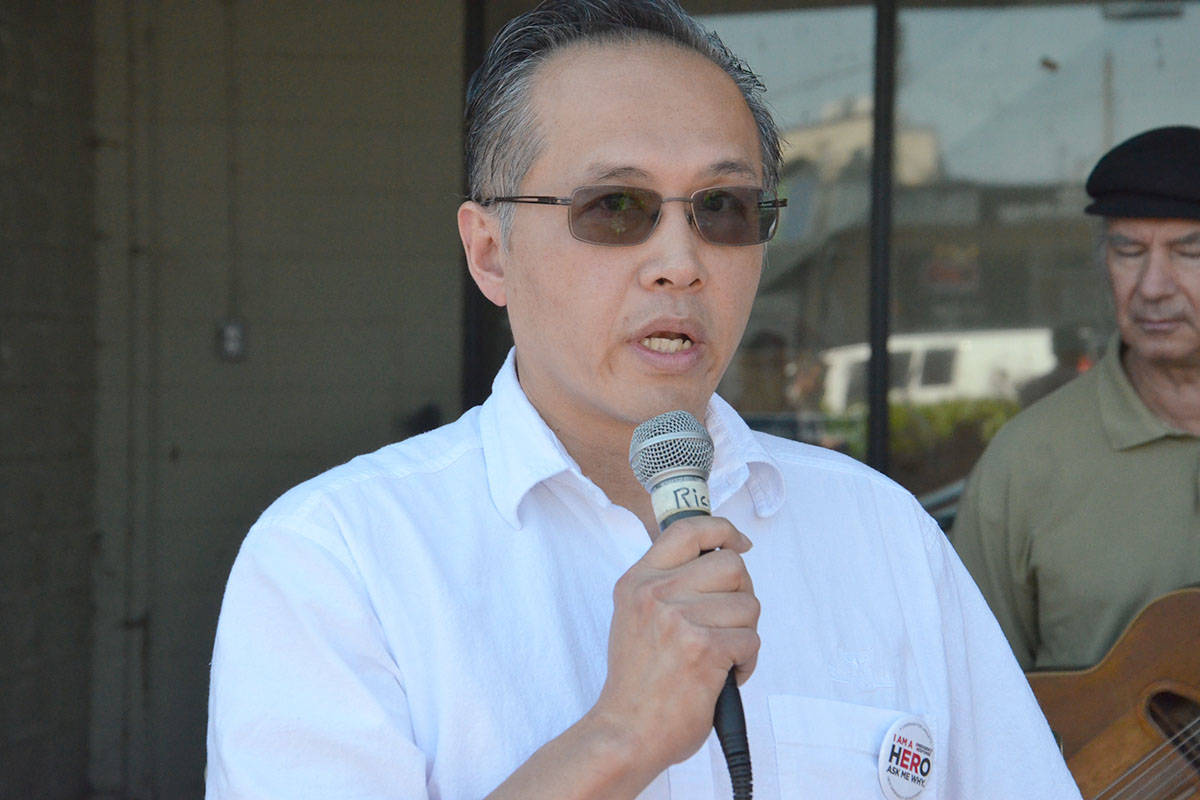 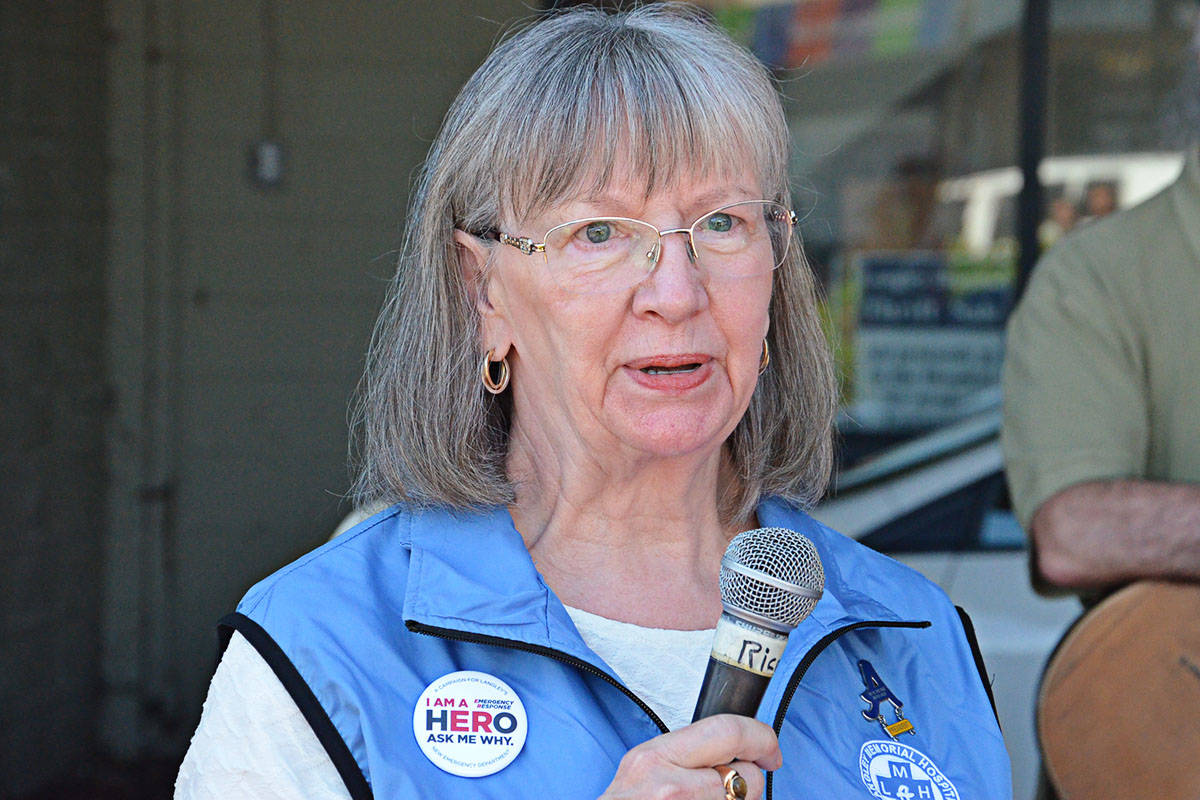 Thelma Boileau is president of the Langley Memorial Hospital Auxiliary which is donating to the ER expansion. (Heather Colpitts/Langley Advance)