Chainsaws had to be used by firefighters to cut away the exterior wall of a Willoughby home if they had any hopes of extinguishing a fire that ripped through the residence late Friday night.

Township of Langley fire crews were called out to the 7100 block of 199nd St. just before 11 p.m. after dispatchers received multiple calls of a blaze.

Firefighters arrived to find a number of neighbours putting water on the flames and trying to contain or quash the fire in the two-storey home.

It’s still not certain yet how the fire started, but some on scene speculated it started in a gas fireplace on the side of the house, and spread up the inside wall.

Crews used both the chainsaws and circular saws to cut away the siding and chase the fire through the wall.

All early indications are that the occupants escaped uninjured. They were home and escaped safely, a witness said, after being alerted by their neighbours. 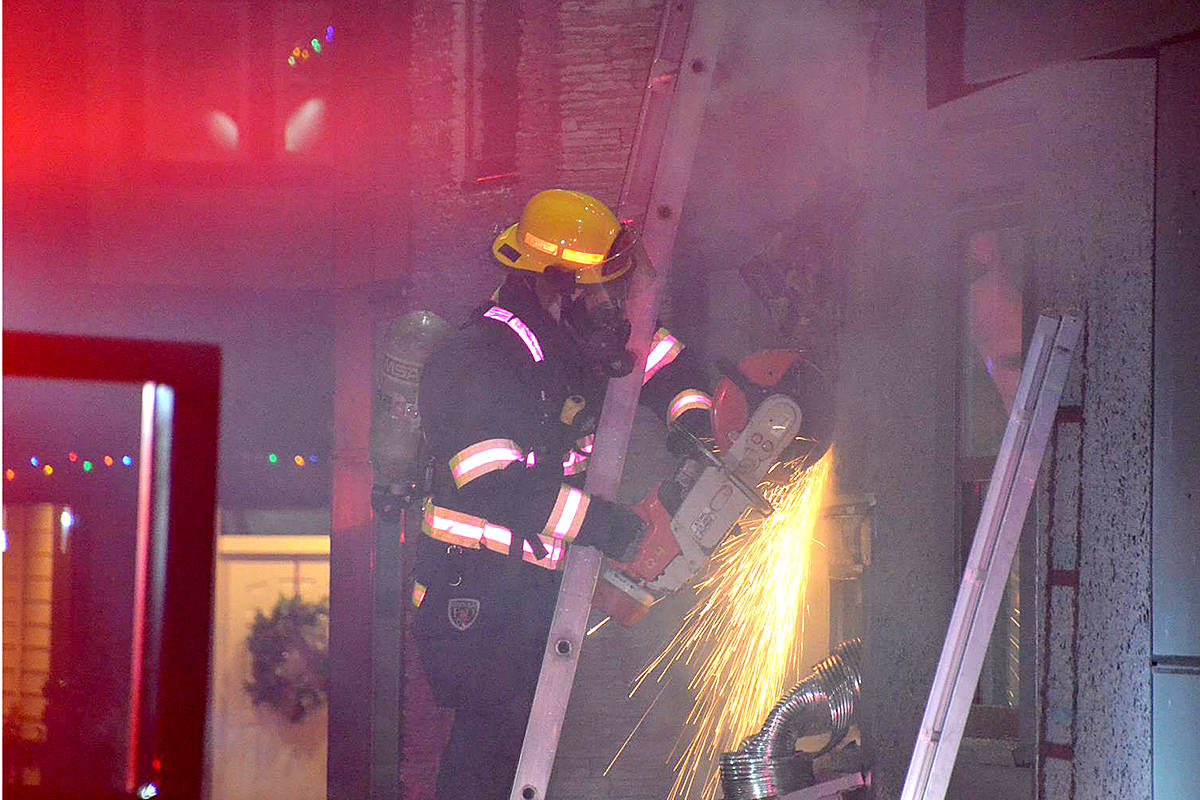 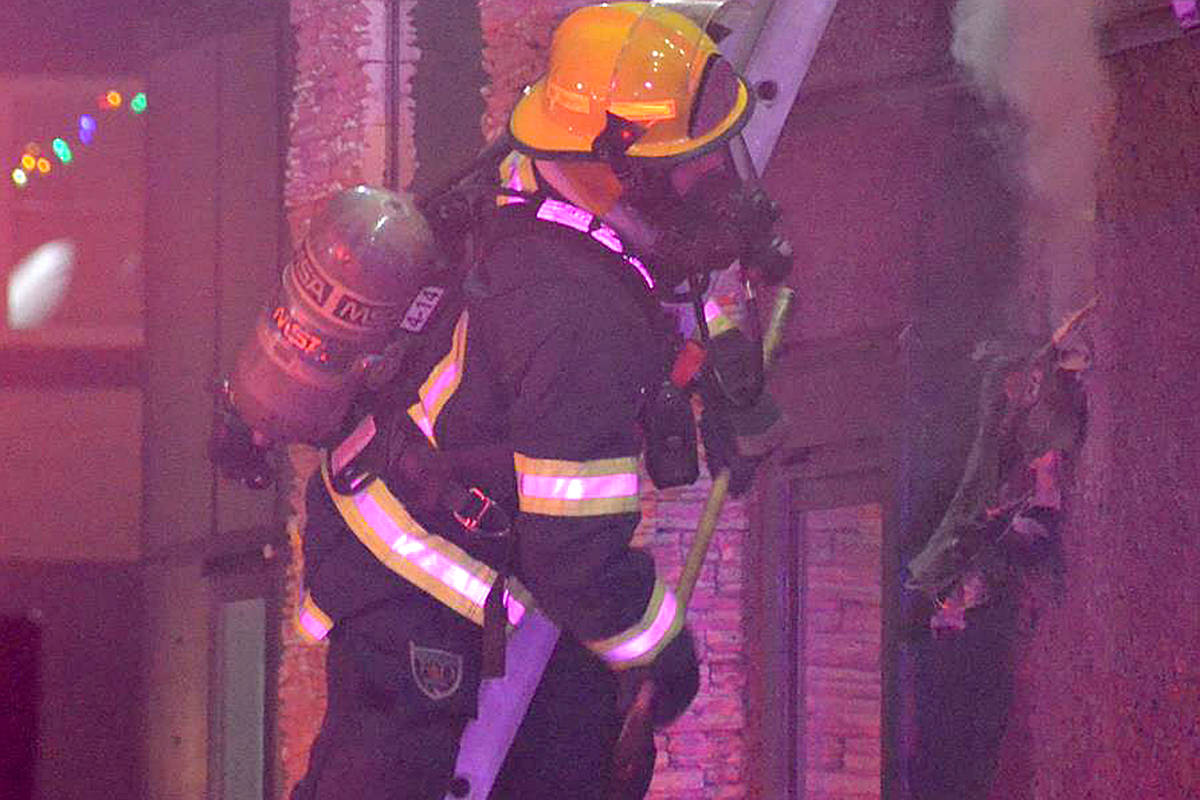 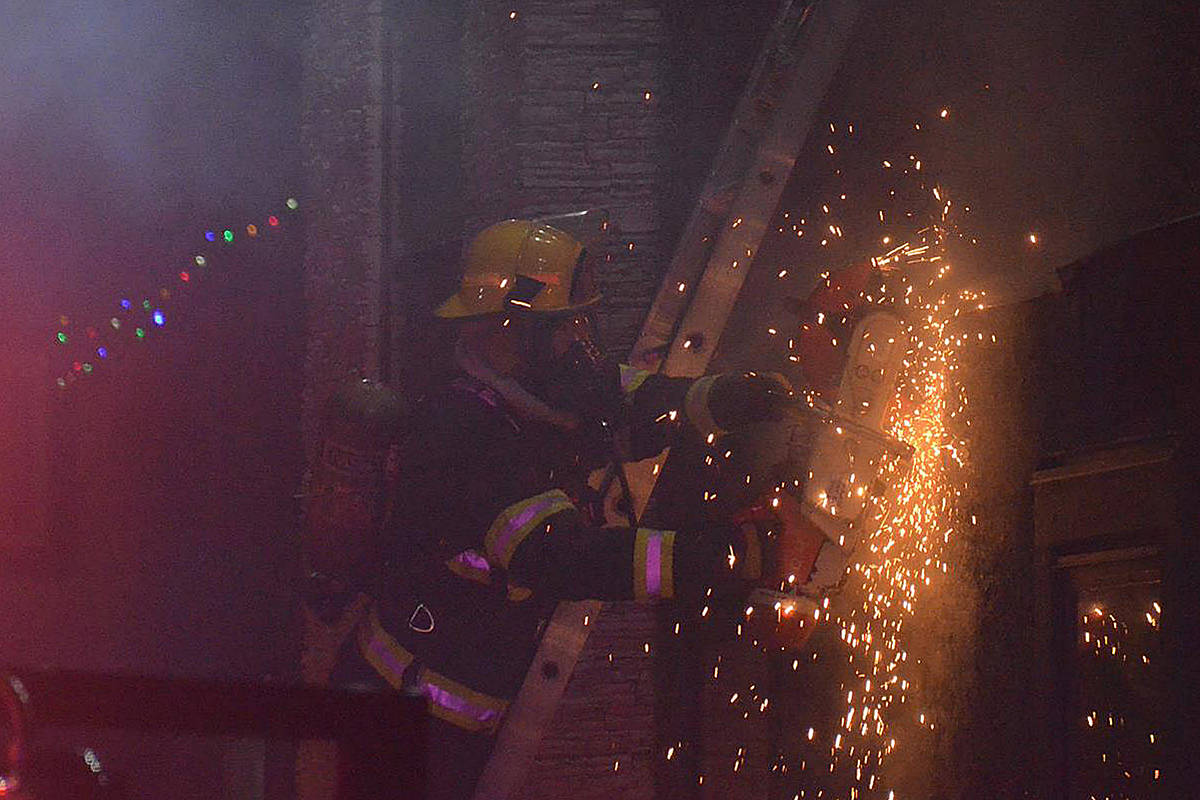 Saws were used to cut into the wall and extinguish a fire in a Willoughby home late Friday night.(Curtis Kreklau/South Fraser News Services)

B.C. woman brain injured in crash as a baby gets $1.1 million in damages