Willoughby resident Donald Fairholm called it a “small step” in the right direction.

On Saturday, March 13, the first weekend after provincial health officer Dr. Bonnie Henry gave a thumbs-up to small outdoor gatherings, Fairholm sat down to a casual lunch in Yorkson Community Park in Langley with his wife Ieneke, and son Don Fairholm, daughter-in-law Stephanie Spyksma and their son, three-year old Adrian, who had driven out from Abbotsford to visit.

“It’s the first time since the fall of last year that I can sit down to lunch with my son.”

It has been a long time since the two families have been able to get together like that, Stephanie said.

“We haven’t had a meal together since we were told not to,” she advised the Langley Advance Times, in between playing Frisbee with Adrian, who had also brought a basketball along for the reunion.

Don Fairholm was optimistic the announcement by Dr. Henry will lead to more steps moving the province toward normal.

Both families wore masks when they weren’t eating.

Other small groups of people could seen congregating at the same park, taking advantage of the sunny weather.

On Thursday Dr. Bonnie Henry announced outdoor gatherings of up to 10 people were now allowed, although it must be the same “safe 10,” similarly to last year’s “safe six.”

Henry said people must still keep up physical distancing even when meeting up outdoors with their “safe 10.”

Henry also relaxed rules around play dates for children, although she did note that children should choose a safe group of friends, stick to those children for their cohort and to keep it outdoors. 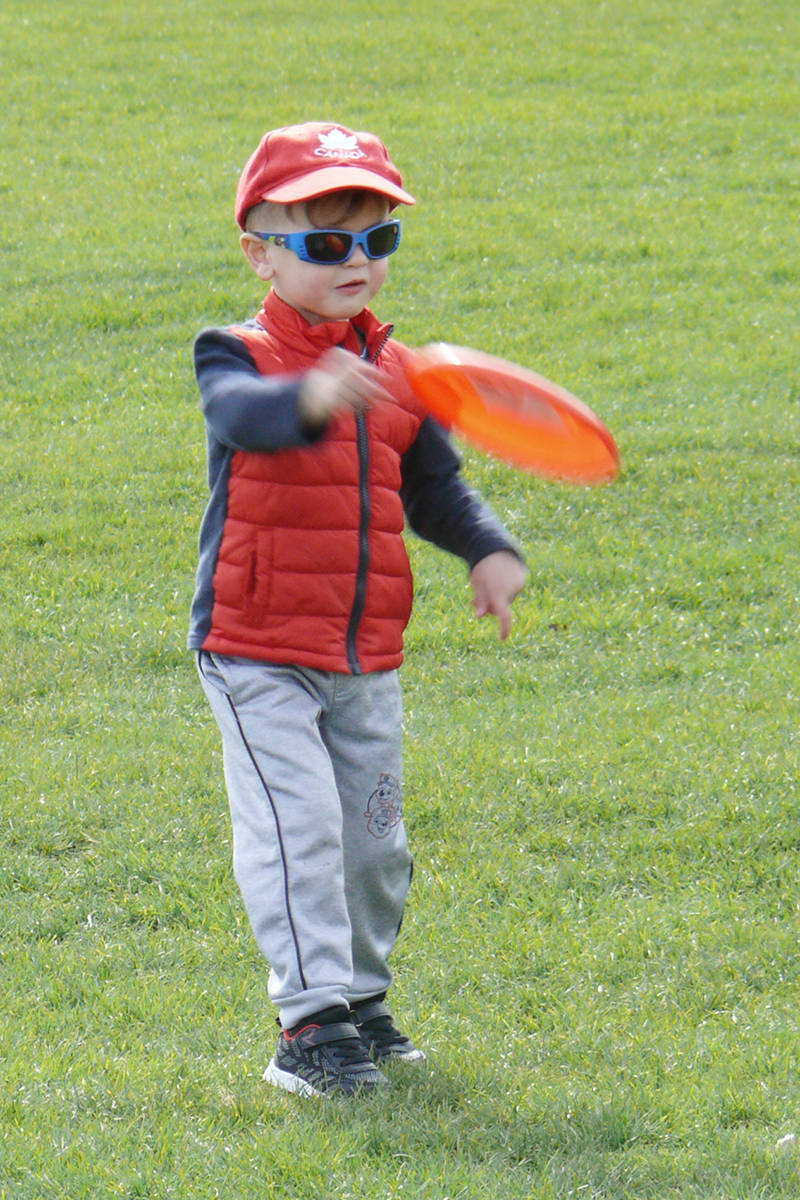