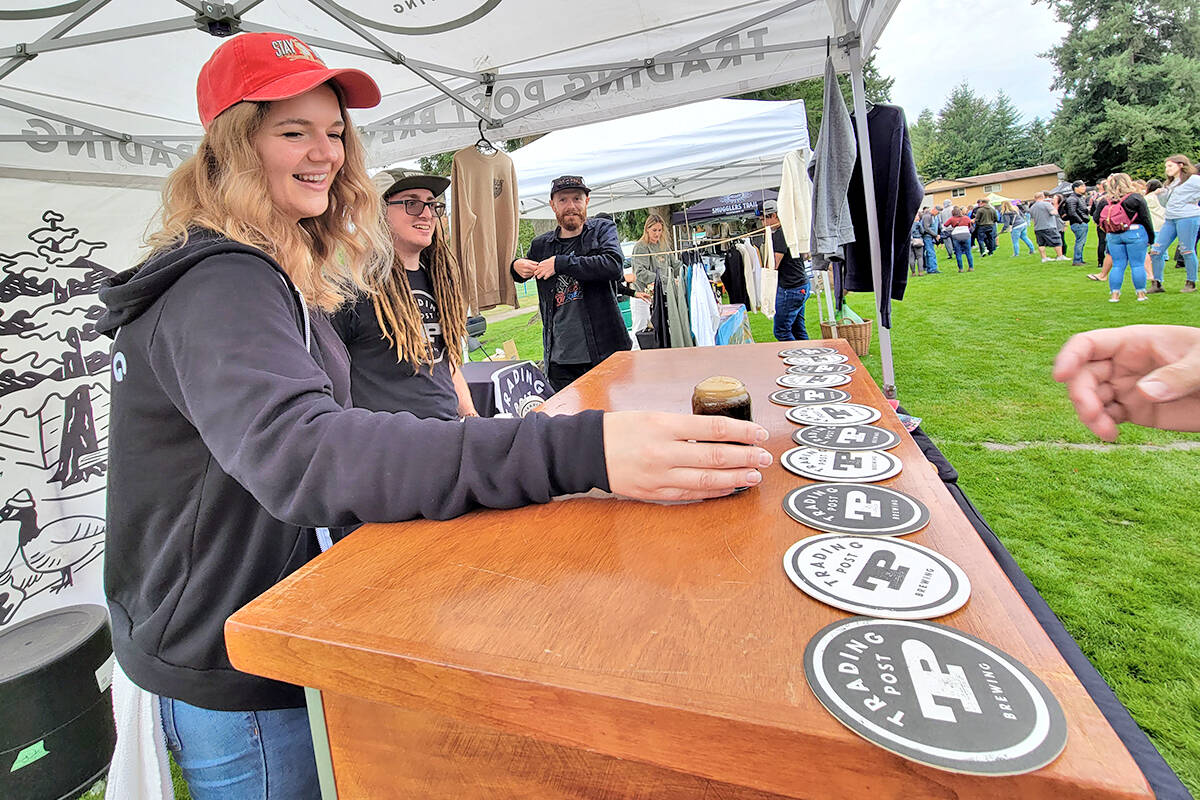 One of 23 breweries handed out a sample at the Fort Langley Beer and Food Festival on Saturday, Oct. 2. (Dan Ferguson/Langley Advance Times) 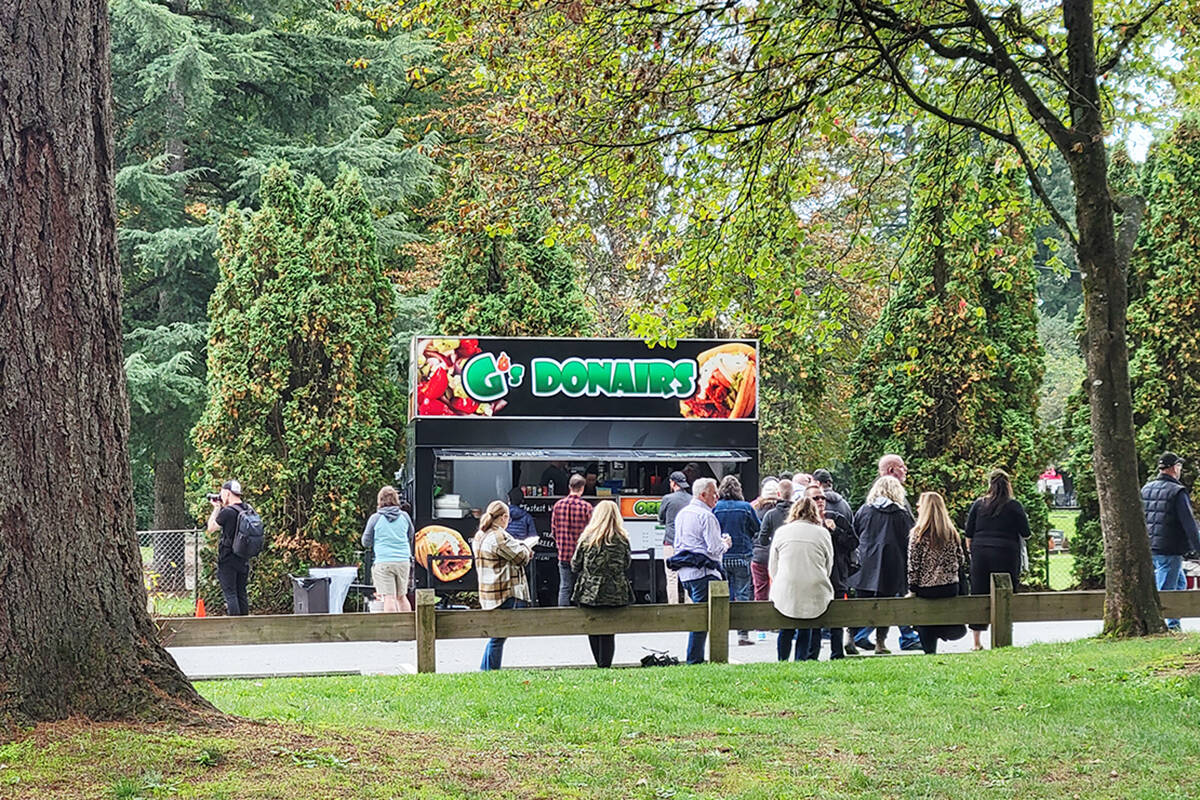 Food trucks were serving at the the Fort Langley Beer and Food Festival on Saturday, Oct. 2. (Dan Ferguson/Langley Advance Times) 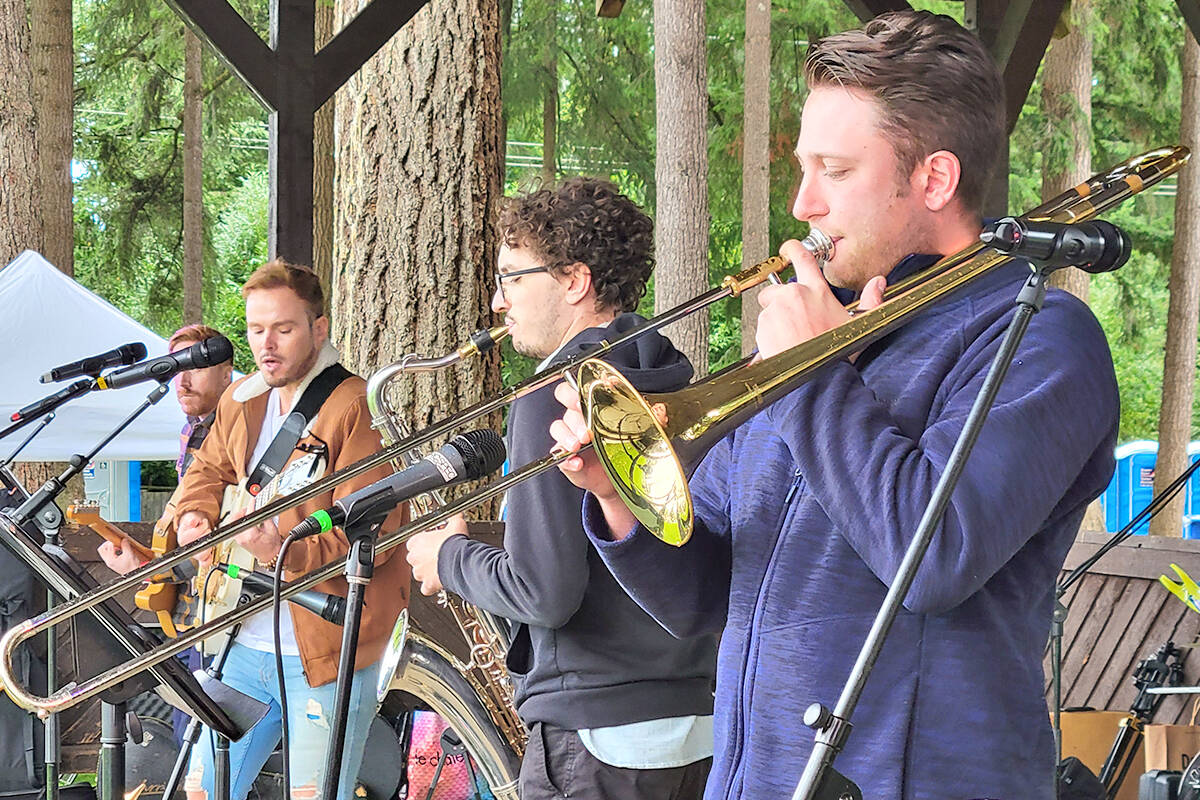 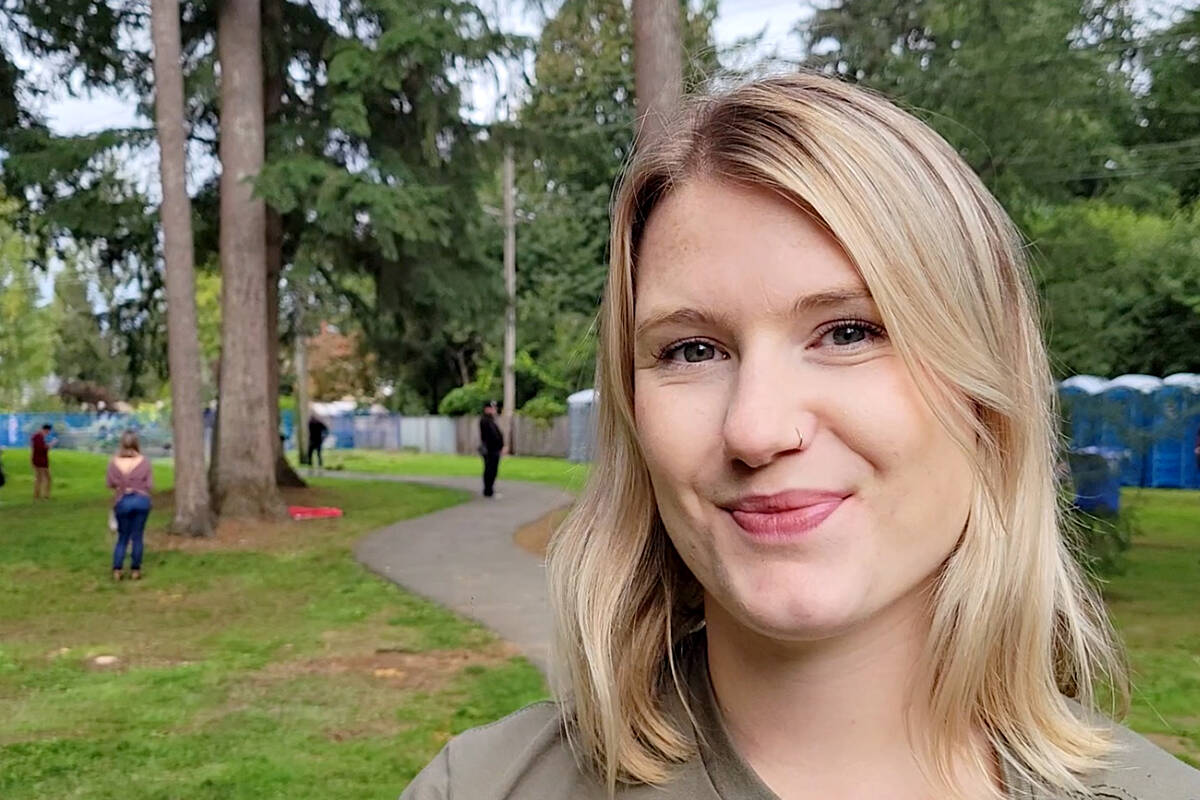 Hannah Brown, festival director said organiZers were ‘super excited’ by the return of the Fort Langley Beer and Food Festival, Held on Saturday, Oct. 2, it was sold out. (Dan Ferguson/Langley Advance Times) 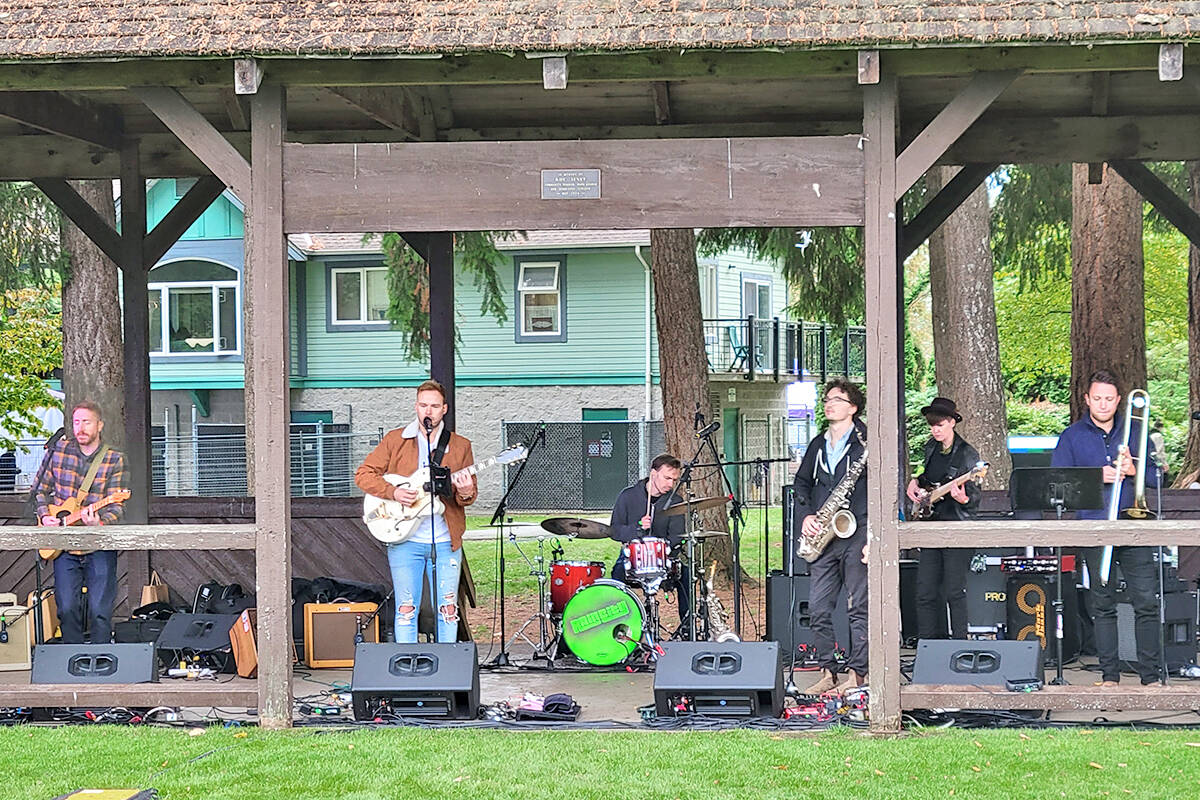 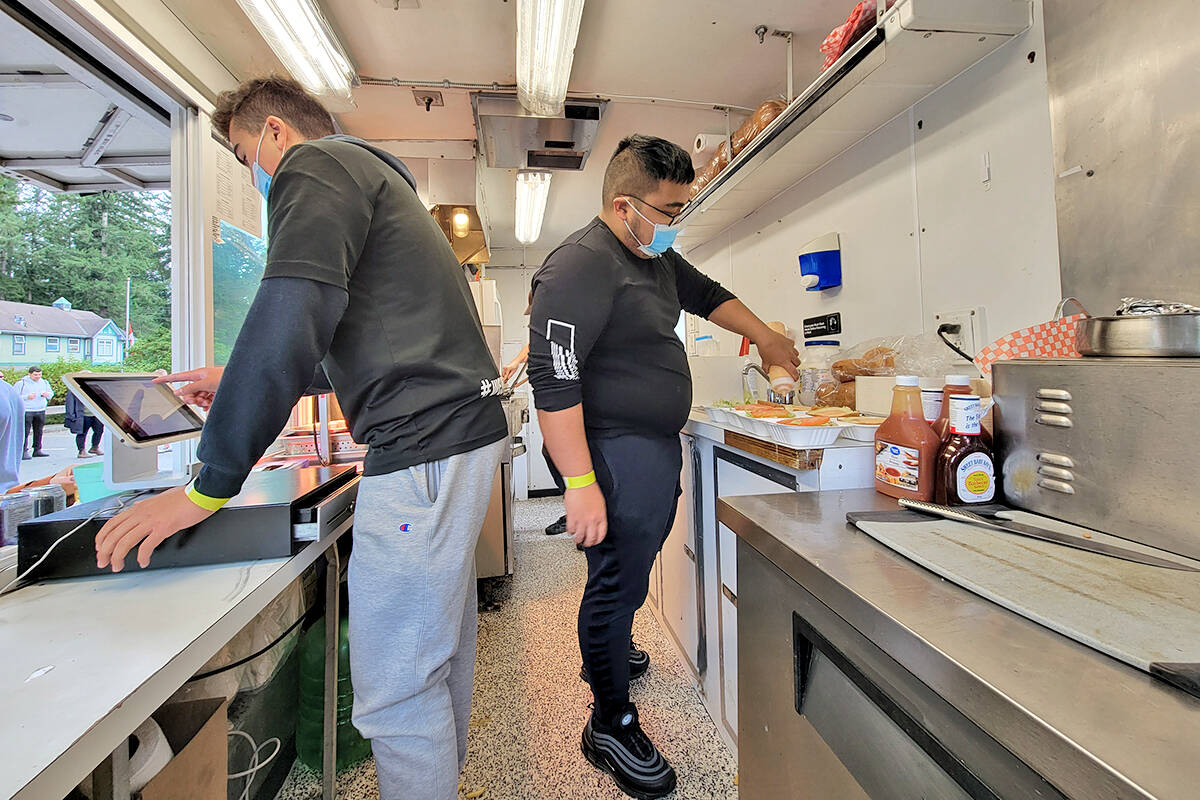 By the time the gates opened for the Fort Langley Fall Beer and Food Festival on Saturday, Oct. 2, the event was completely sold out.

Run by Red Door Events with Langley’s Trading Post Brewery, the last festival had been held in May of 2019.

Lance Verhoeff, co-founder and general manager of Trading Post, said it was a challenge to pull it off at a time when COVID-19 restrictions kept changing, calling it the “usual grind [to organize], plus the precautions.”

Verhoeff described himself as “really pleased” with the way the festival came together. 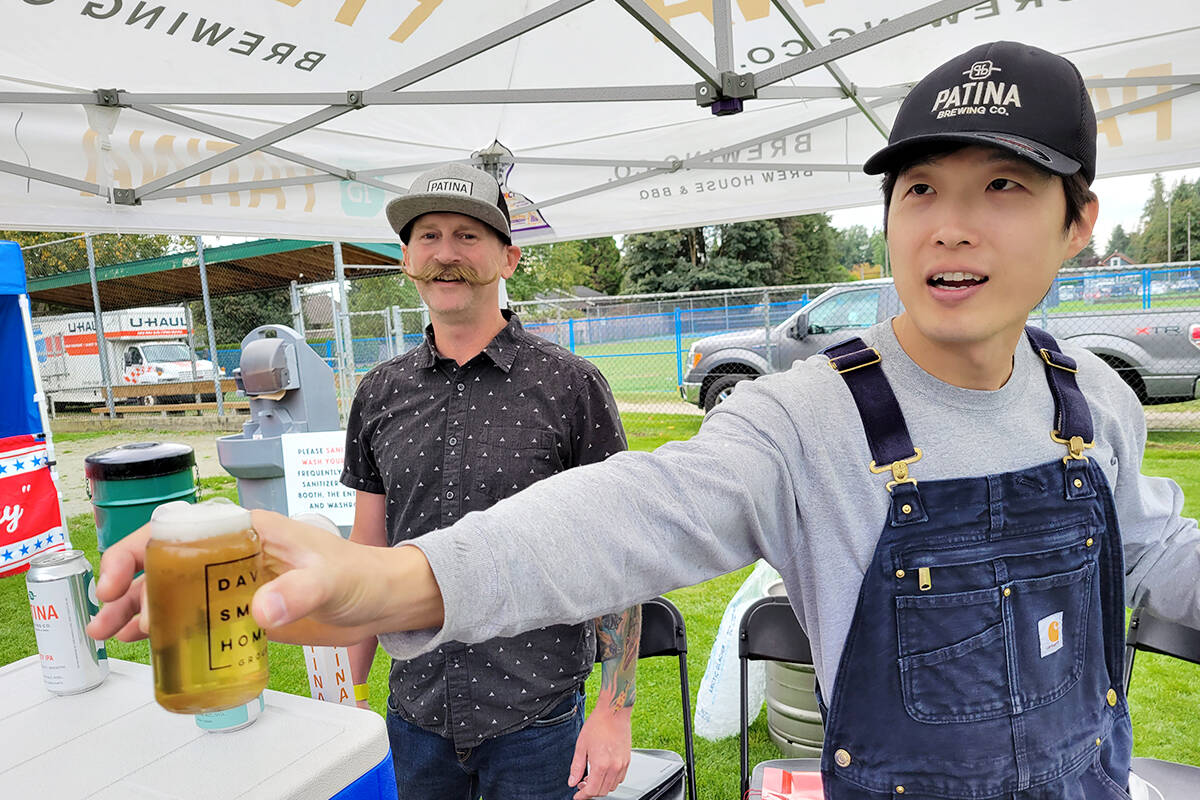 The return of the Fort Langley Beer and Food Festival on Saturday, Oct. 2 was sold out. (Dan Ferguson/Langley Advance Times)

Verhoeff explained the event had to relocate from it’s usual space at the Fort Langley National Historic Site on Mavis Avenue, to Fort Langley Park on Nash Street, after discussions with the operators of the federally-owned facility hit a roadblock.

“They eventually said it wasn’t going to work for them,” Verhoeff said.

He credited the Township of Langley for making the move to Fort Langley Park possible, and said the festival might return there in 2022.

Hannah Brown, festival director said there were 23 breweries along with some cideries, wineries and food trucks along with live music to serve the estimated 1,600 guests, the maximum allowed in the 200,000 sq. ft. park under current COVID-19 restrictions on outdoor events.

“We’re just here for the community to get together, drink some beer and have a good time,” Brown enthused.

“It’s been over 18 months since we’ve had an event,” Brown continued.

“Our 2020 festival was cancelled and usually we have this festival in May, on May long weekend, and that was cancelled for 2021. so when we got the green light to do it in October, we were super excited.”

As per provincial regulations, vaccine passports were not required to enter the outdoor event, and masks were not mandatory but they were encouraged in line ups when social distancing isn’t possible.

Live music was provided by The Big Coast, Raincity, and Kentucky Eileen Band.

More photos from the event can be seen online at the Langley Advance Times Facebook page.