A 48-year-old man has been taken to hospital in serious condition following a shooting in South Surrey Friday morning.

A news release issued at 11:18 a.m. said the shooter or shooters fled the scene in a vehicle prior to police arrival. There are no suspect descriptions at this time.

The incident is believed to be targeted, however, police say it is “too early to determine if this incident is related to drugs or other shootings.”

Police confirmed there were multiple shots fired, and that the victim was found outside, near a vehicle.

At the scene, police could be seen examining the area around a white Mercedes SUV; a tarp and a lone shoe could also be seen, along with several orange cones.

“It’s a little too close to home,” one neighbour told Peace Arch News.

Officers are canvassing the neighbourhood and speaking to witnesses, the release states.

Police told PAN shortly before noon that the victim is 48 and that it’s unclear if he is an area resident.

We are investigating a shooting in the 17000 block of 21st Avenue at approx. 9:30 this morning. One male has been transported to hospital in serious condition. BTB targeted. No suspect description at this time.

As of 4:30 p.m. Friday, there were no further updates, including regarding the victim’s condition. 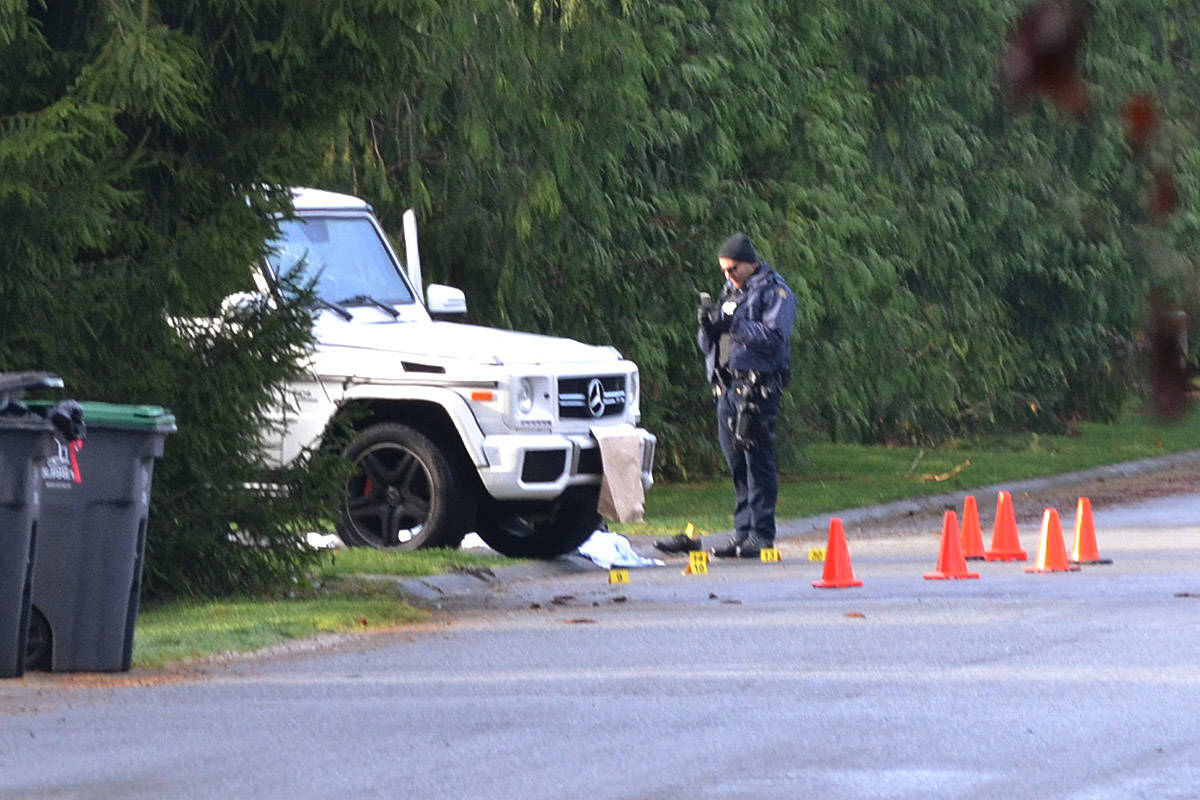