A male pedestrian was struck and killed by a semi-truck on Highway 1 in Abbotsford on Wednesday night (Oct. 20).

Emergency crews responded to reports of the collision at 9:49 p.m. in the westbound lanes between Sumas Way and McCallum Road, according to Abbotsford Police.

The man was transported to hospital by paramedics, but died of his injuries. Abbotsford Police said they are working to confirm his identity.

The truck driver remained on scene and was not injured but was “very shaken by this incident,” police said.

Highway 1 was closed between Sumas Way and McCallum Road for several hours, but reopened shortly before midnight.

Investigators are seeking witnesses, CCTV footage and dashcam footage from anyone who might have been commuting in the area near the time of the crash: 604-859-5225. 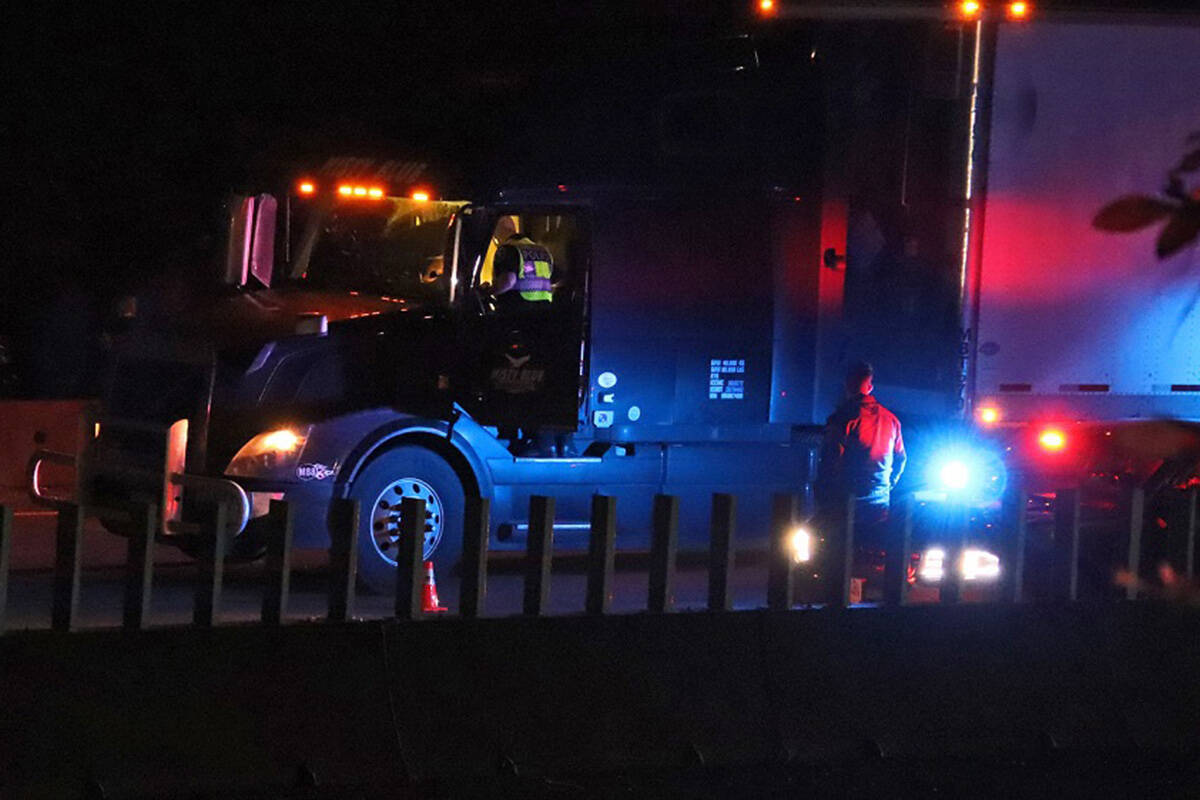 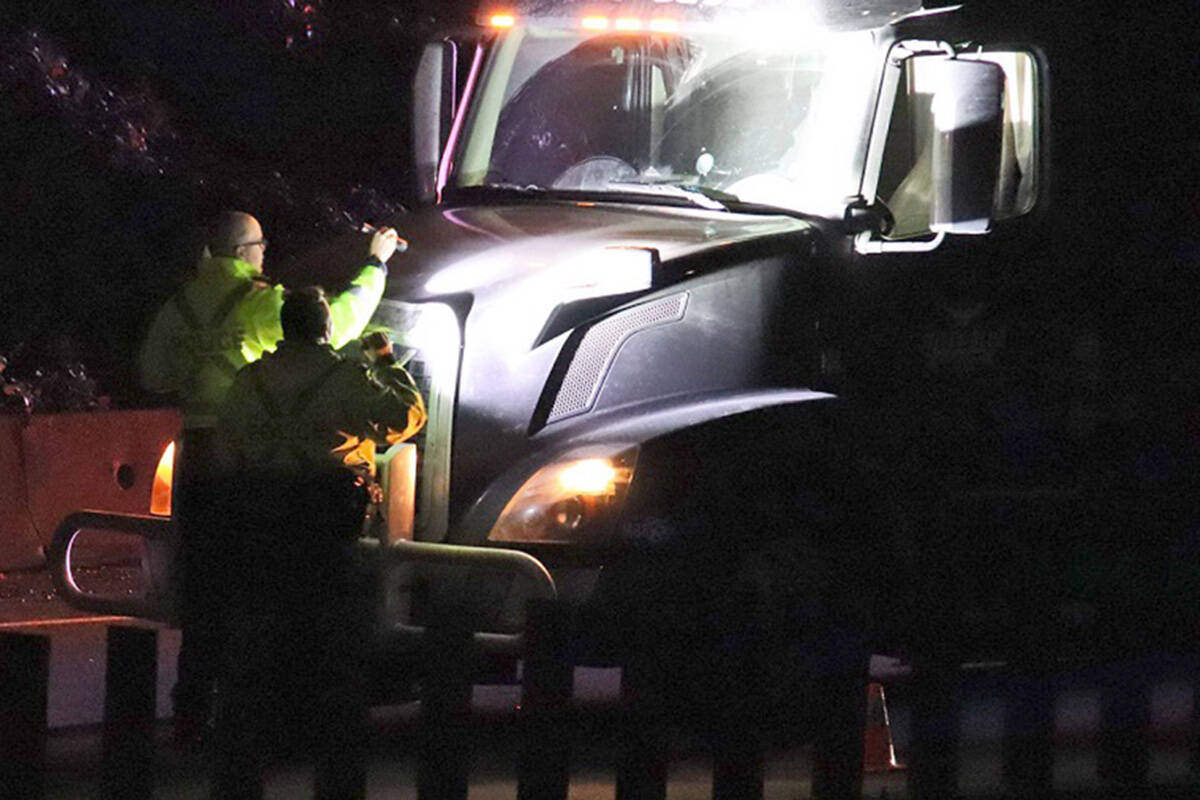 Investigators look at the front of a semi-truck which struck and killed a pedestrian Wednesday night (Oct. 20) on Highway 1 in Abbotsford. (Photo: Shane MacKichan)

Unlike U.S. neighbours, most Canadians content with state of their democracy: survey 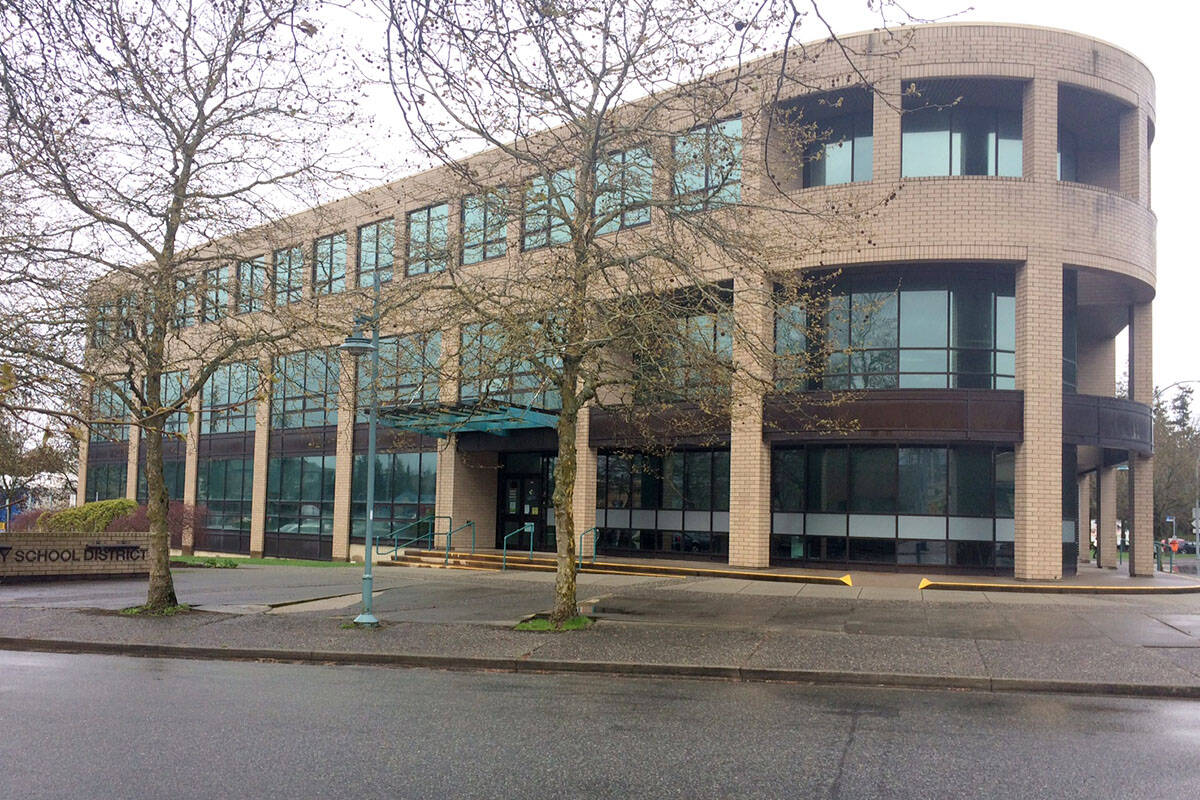