Trans Canada Highway in Langley was strewn with wreckage from multiple car collisions Wednesday night after a Surrey man stole a truck in Abbotsford side-swiping two vehicles and crashing into a centre median on the highway.

Before police arrived on scene witnesses observed the driver of the vehicle flee on foot southbound on Mt. Lehman Rd., police said in a statement issued Thursday morning.

About 45 minutes later Abbotsford patrol officers responded to a report of a man breaking into two residents on Locklin Court.

Police said the first home was unoccupied, but the second was not.

The man allegedly forced entry into the second home, where he was confronted by the homeowners, demanding their vehicle, according to police.

Police said several witnesses called 9-1-1 to report a truck, matching the description of one stolen, “driving aggressively and dangerously” westbound on Highway 1.

The driver of the truck side-swiped two vehicles on the highway before crashing into a centre media in Langley at Highway 1 at 212th Street, according to police.

Again, police said the driver fled from the truck on foot and attempted to allegedly car jack several vehicles heading eastbound on Highway 1.

After a short foot pursuit with Langley RCMP patrol officers the driver of the vehicle was taken into custody.

A 32-year-old Surrey man remains in police custody as of Thursday morning. Investigators are recommending new charges of break and enter, robbery, possession of stolen property over $5,000, theft over $5,000, hit and run, dangerous driving and possession of a controlled substance.

Langley RCMP investigators would like to speak with the three drivers of the attempted car jackings. 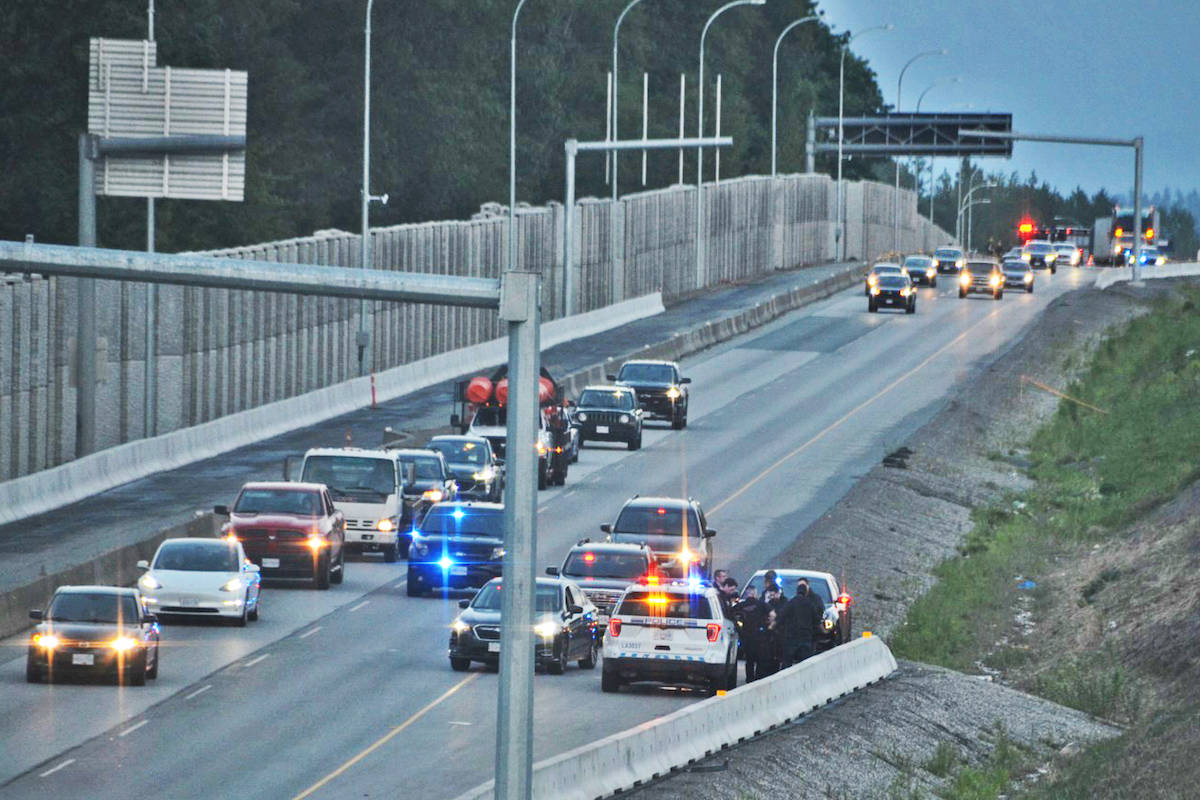 A 32-year-old Surrey man was taken into custody after crashing a stolen truck into the centre media on Highway 1 in Langley. (Curtis Kreklau photo) 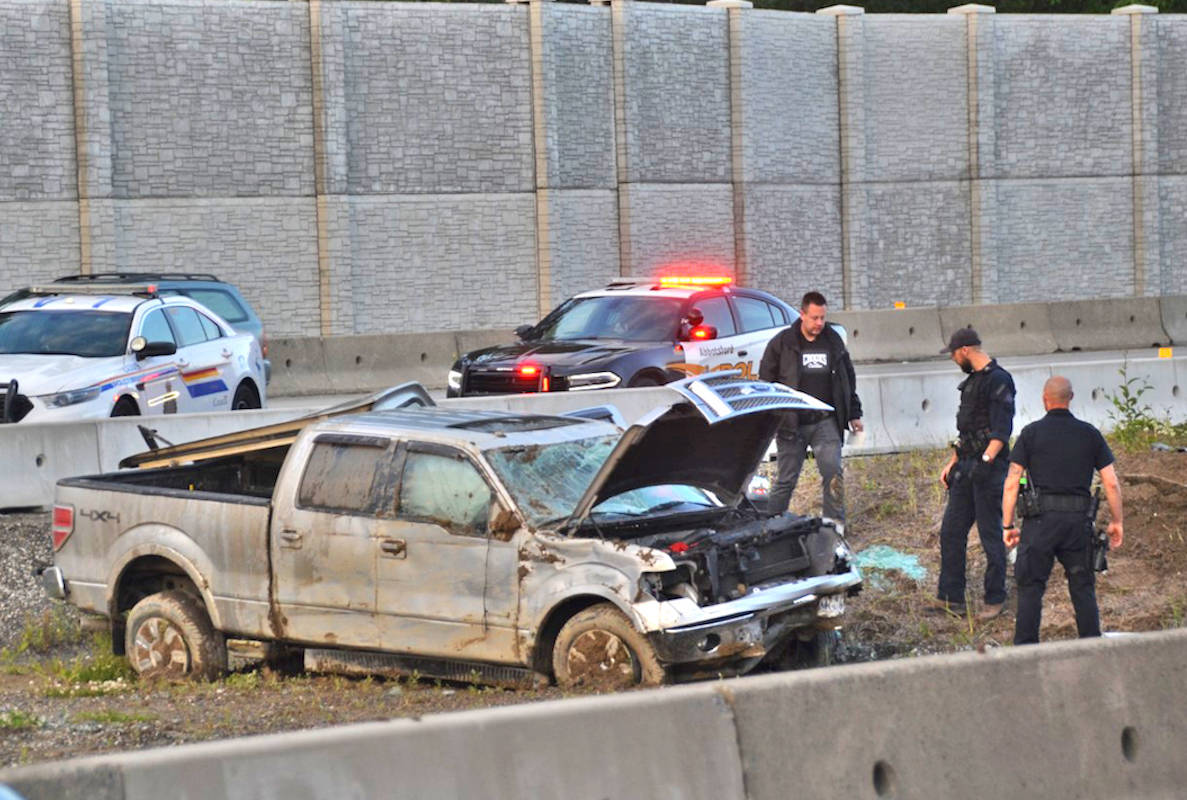 A 32-year-old Surrey man was taken into custody after crashing a stolen truck into the centre media on Highway 1 in Langley. (Curtis Kreklau photo)

Drawing a curtain against COVID-19 at Langley Memorial Hospital