West Coast Express is expecting to run with regular service on Tuesday morning.

Word just came out from the TransLink that protestors were no longer blocking the tracks in the Port Haney area, and “we have been advised that we can run trains to Mission tonight,” said spokesman Dan Mountain.

Minutes later, Ridge Meadows RCMP confirmed that protestors had been order to vacate, and had obliged.

Mounties were initially called out to the CP tracks in Port Haney at about 3:40 p.m., based on a request to assist CP Police with a protest that stopped train service along the rail track near the wharf.

“Additional police resources from Ridge Meadows RCMP, CP Police, and Metro Vancouver Transit Police attended the scene, and at approximately 6:15 p.m. the demonstrators were given notice that they needed to vacate the property,” said RCMP spokesperson Const. Julie Klaussner.

“The goal for police in any circumstance is to ensure the safety of everyone and attempt to bring any situation to a peaceful resolution,” Klaussner said. “This includes police preparing for every contingency and possible outcome that could arise and, in this situation, we had a peaceful resolution.”

Protesters have gathered on the tracks by Port Haney Station in Maple Ridge.

Just after 4 p.m. around 15 protesters started setting up a blockade along the tracks by 226th Street and the Haney Bypass.

#WCE service suspended at this time due to protesters blocking the tracks. ^LA

Michael Meredith was stuck in traffic on his way home from work when he saw the protesters setting up two long tables across the tracks along with banner signs reading, “RCMP keep off of Wet’suwet’en land”.

Protesters have also set up two canopies along with camping chairs.

How are they allowed to just block off the West Coast Express commuter train like this @TransLink & @RidgeRCMP?

How can people in #MapleRidge/#PittMeadows rely on public transit when they have to worry about this every other day?

At least three motorists have yelled at the protesters, swearing at them to get off the tracks and get a life.

One woman on a moped stopped and attempted to rip down a sign.

TransLink has suspended all West Coast Express train service at this time.

“All West Coast Express trains heading eastbound from Waterfront to Mission will not run this afternoon due to protesters blocking tracks in the Port Haney area,” said Dan Mountain, TransLink spokesperson.

“We have been advised by police that we will not be able to run West Coast Express service today,” said Mountain adding that they are asking customers to use SkyTrain and bus instead.

A bus bridge is being set up, Mountain said, from Coquitlam Central Station to Mission.

“We thank our passengers for their patience and regret this inconvenience,” added Mountain.

• Stay tuned for updates as they become available 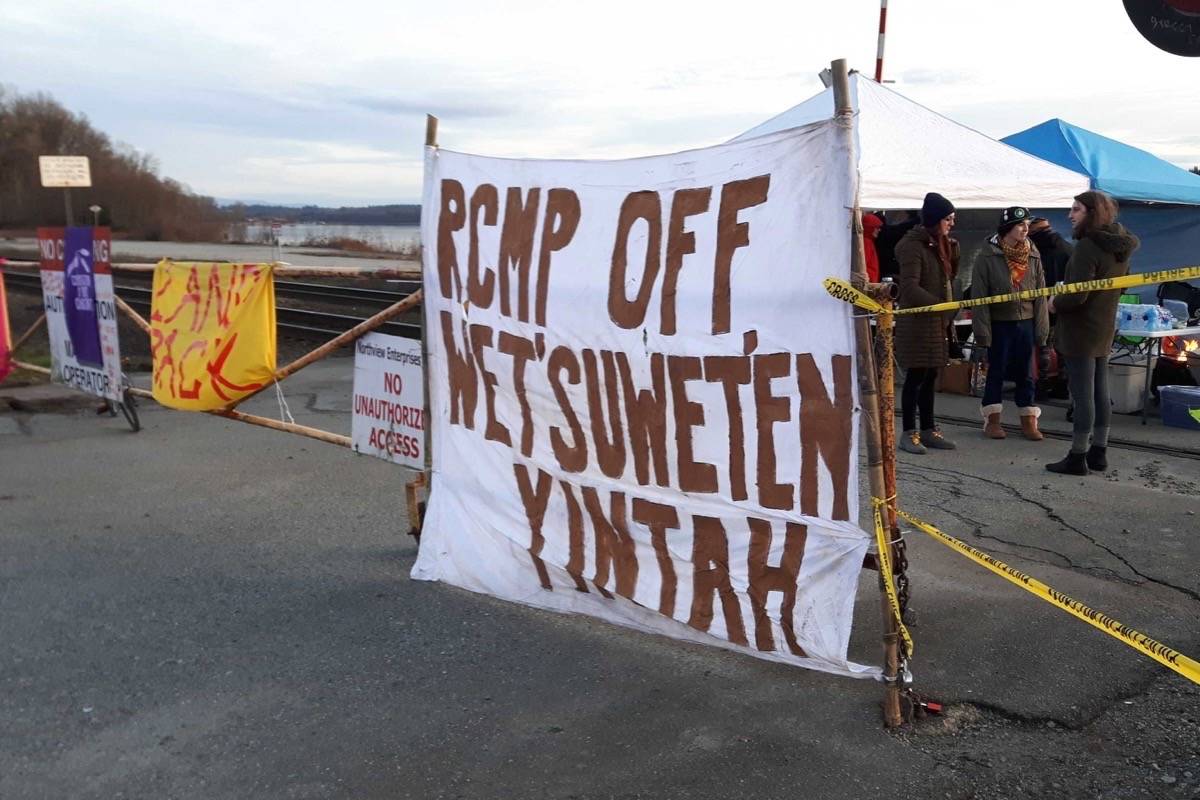 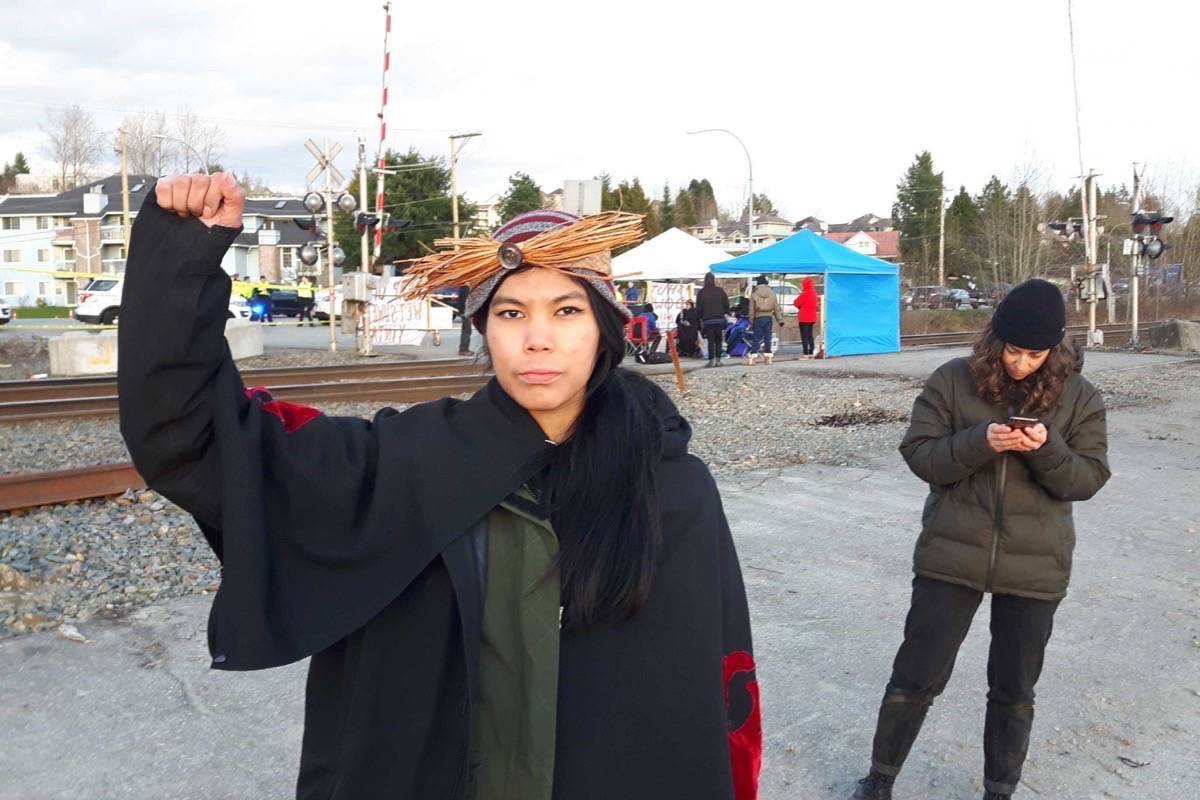 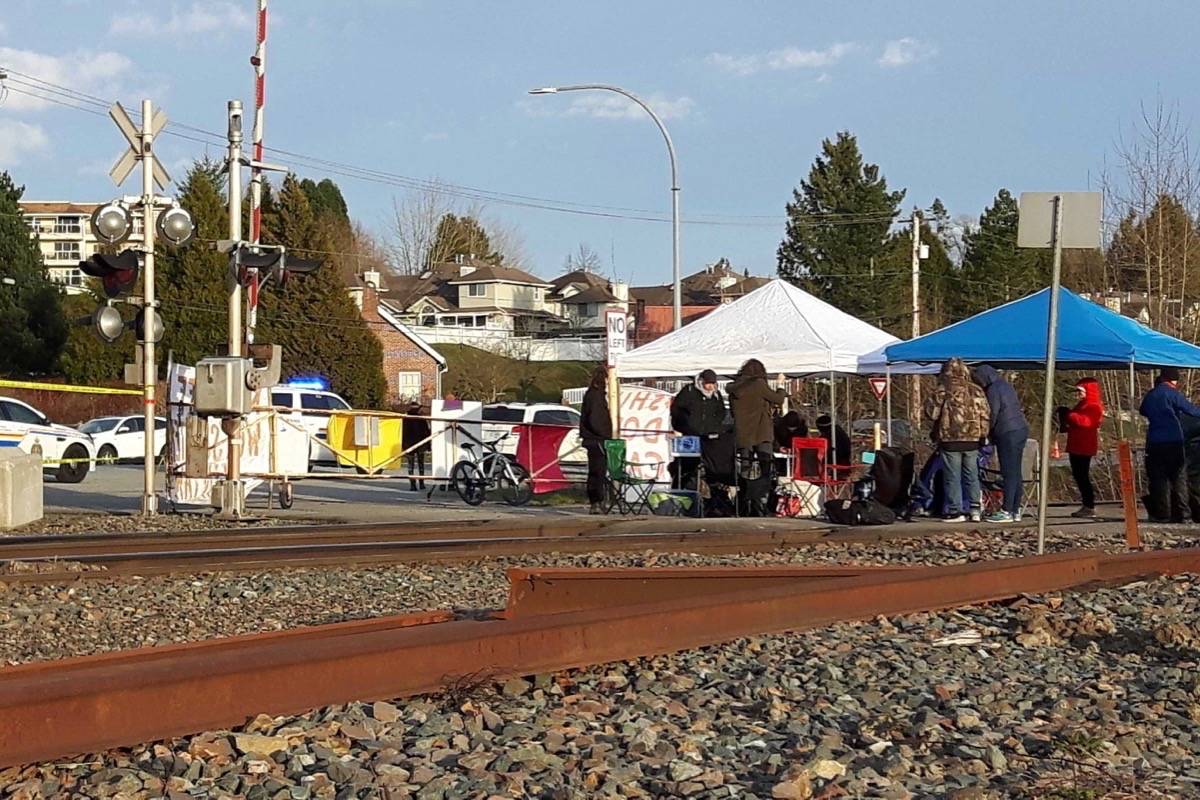 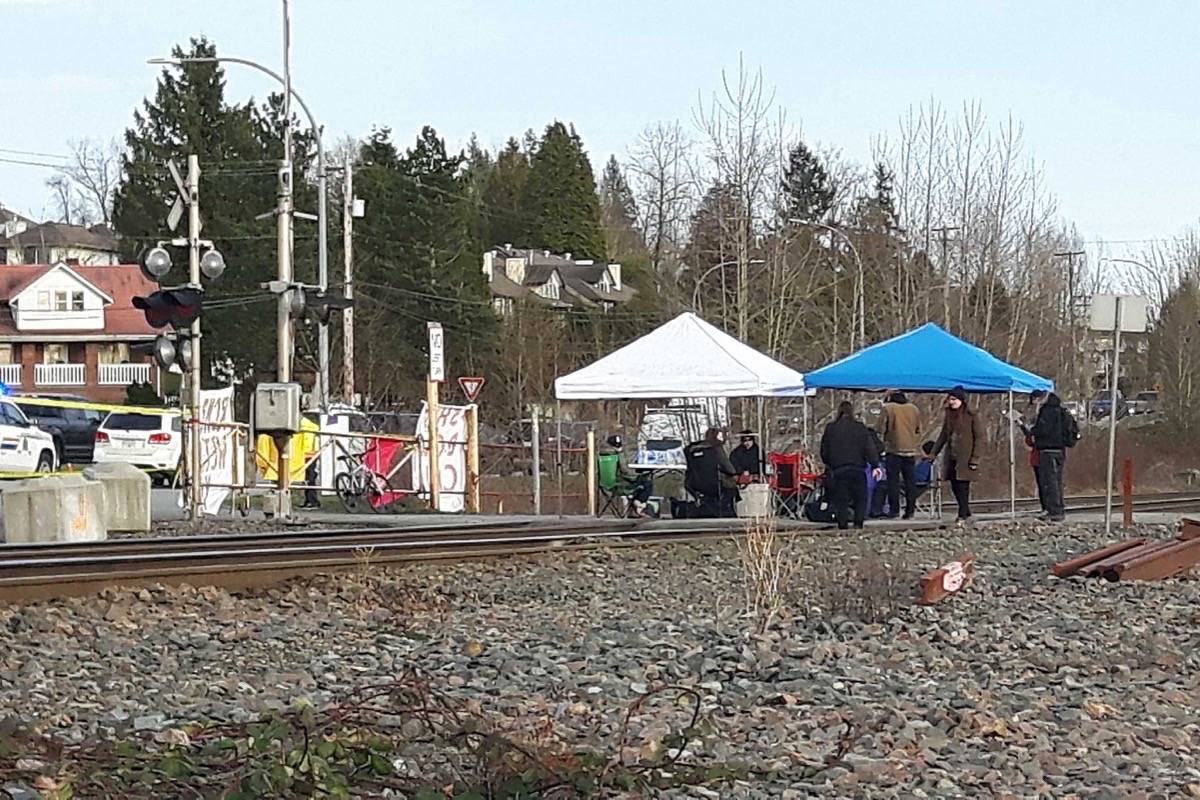 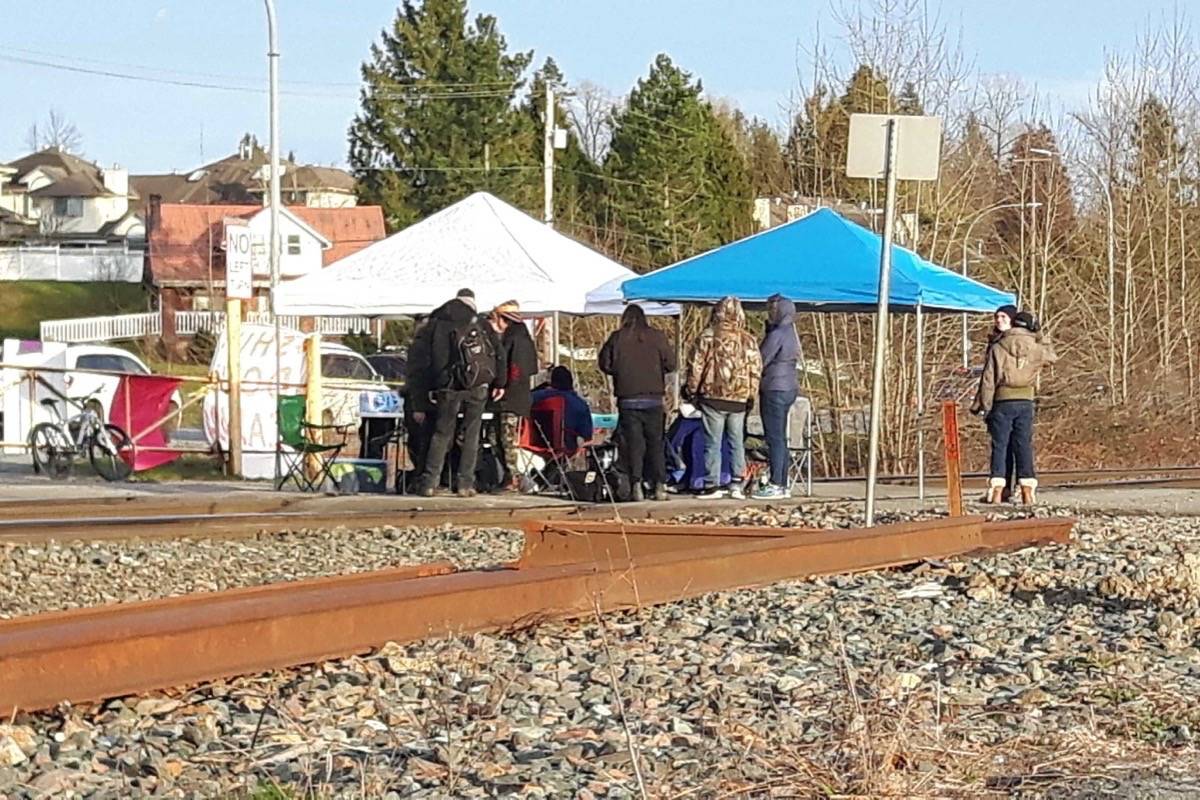