Crews are working to restore power to more than 400 BC Hydro customers this morning after a rollover crash in Langley Tuesday evening brought down a pole and power lines.

Eastbound Exit 66 from Trans Canada Highway to Highway 10 is closed to traffic.

BC Hydro crews remain on scene and estimate to have power restored by noon Wednesday.

On Tuesday, Township of Langley firefighters were called to a crash just after 7 p.m. in the 23200-block of 72nd Avenue, just south of the Highway 1.

They arrived to find a Ford pick-up truck had lost control, rolled over, sheared off a power pole, and landed in the ditch at the beginning of a freeway on-ramp.

Speed is believed to be a factor and wet road conditions also play a role in the crash, said Cpl. Holly Largy, a media spokesperson for the Langley RCMP.

“A violation ticket was issued for speeding in the road conditions,” she said.

Wires were draped across the truck and the driver was trapped inside.

But it took some time to isolate the power and make it safe for responders to attend to the victim.

The driver was seen walking away from the scene with what was believed to be only minor injuries. 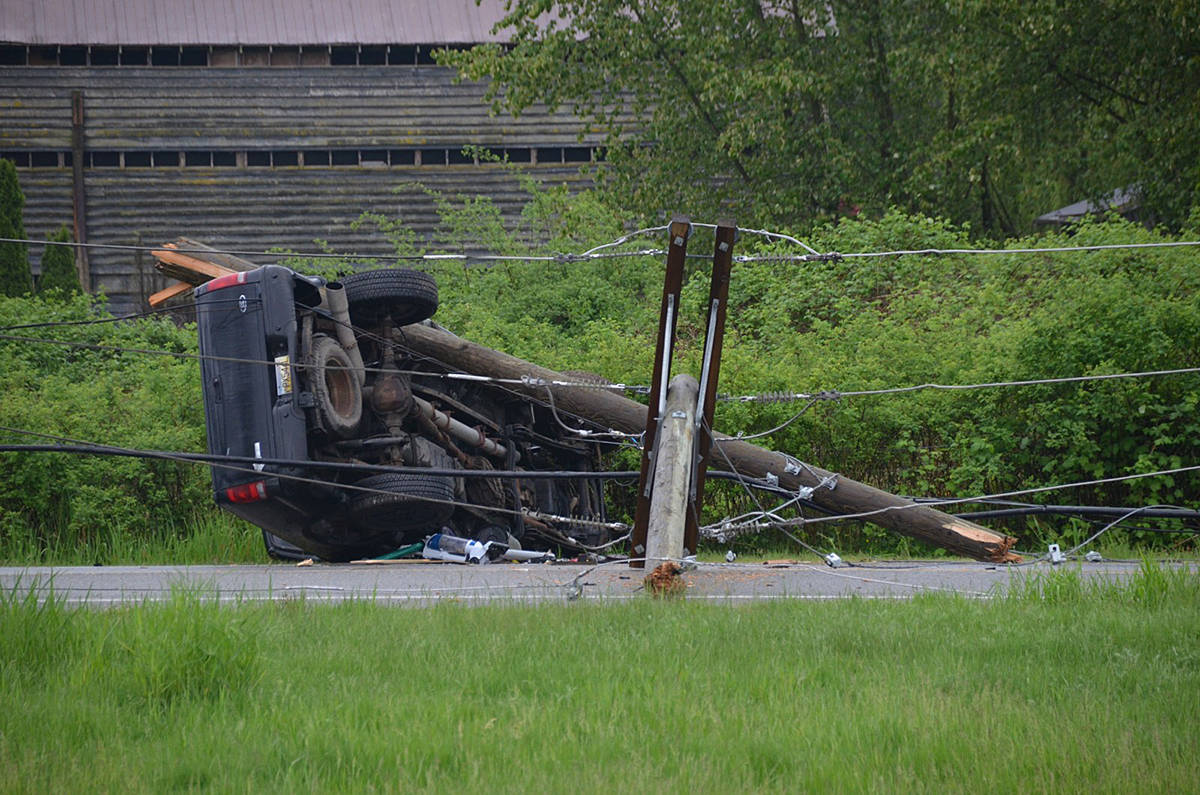 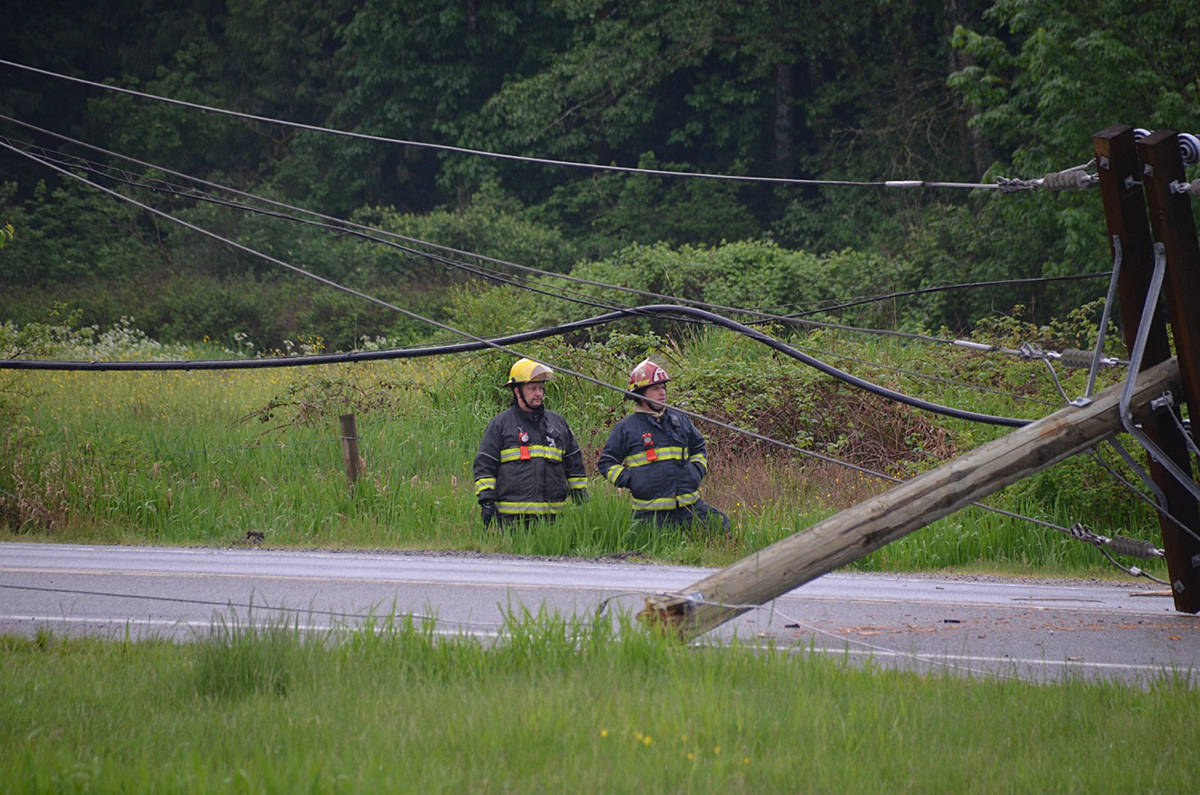 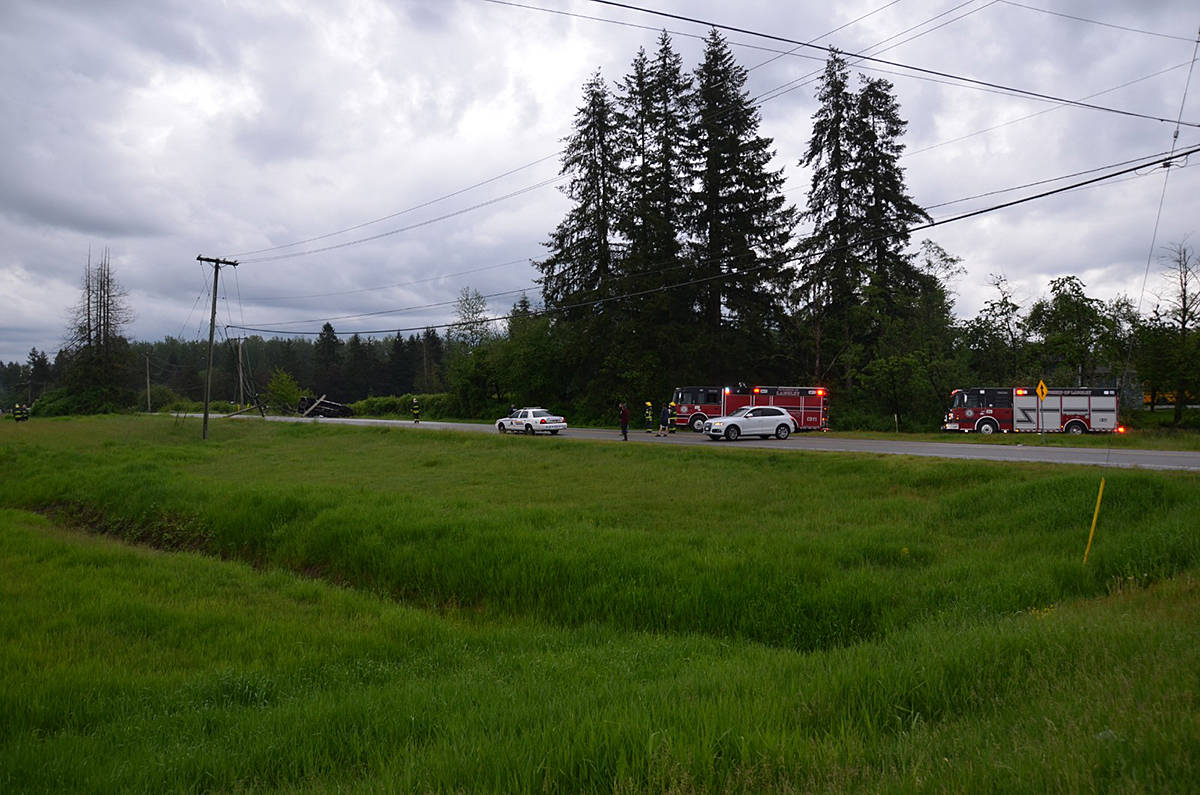 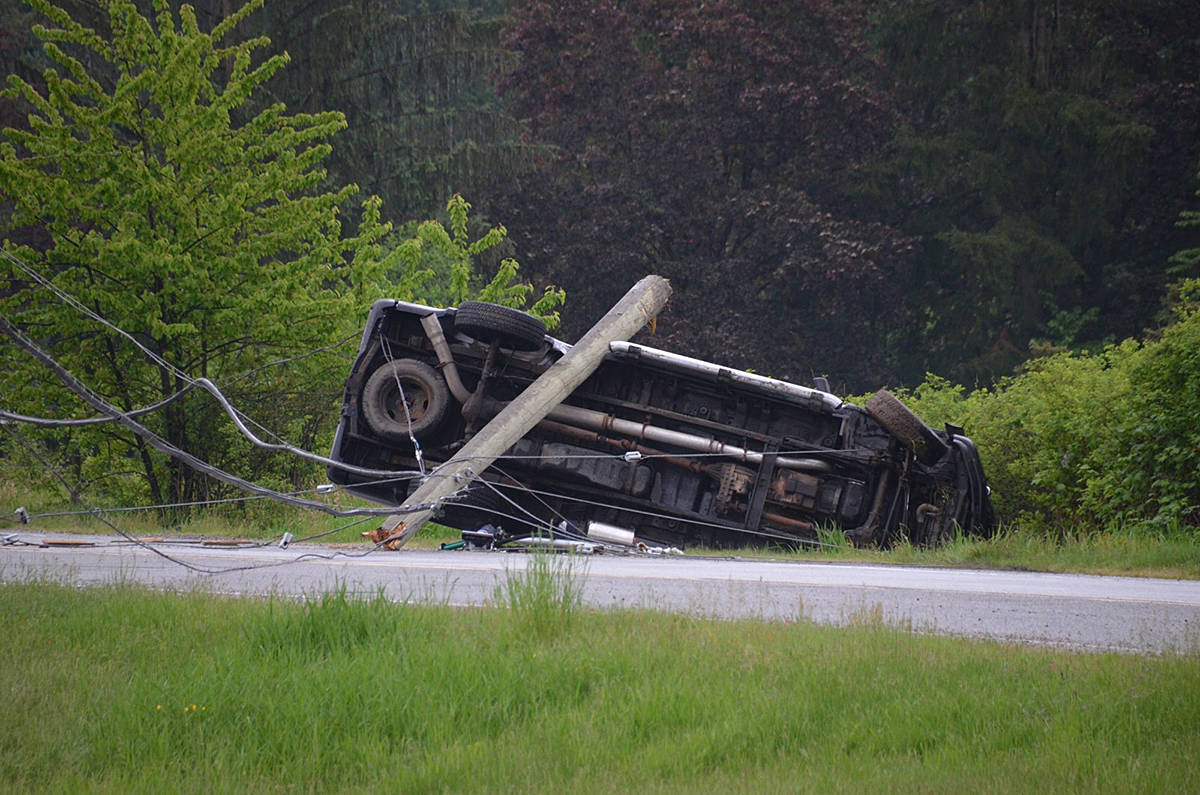