For Langley City resident Farah Alrubaye and daughter Dayana, 2, the Monday Dec. 6 weather was an opportunity to play in the snow at Douglas Park. (Dan Ferguson/Langley Advance Times) 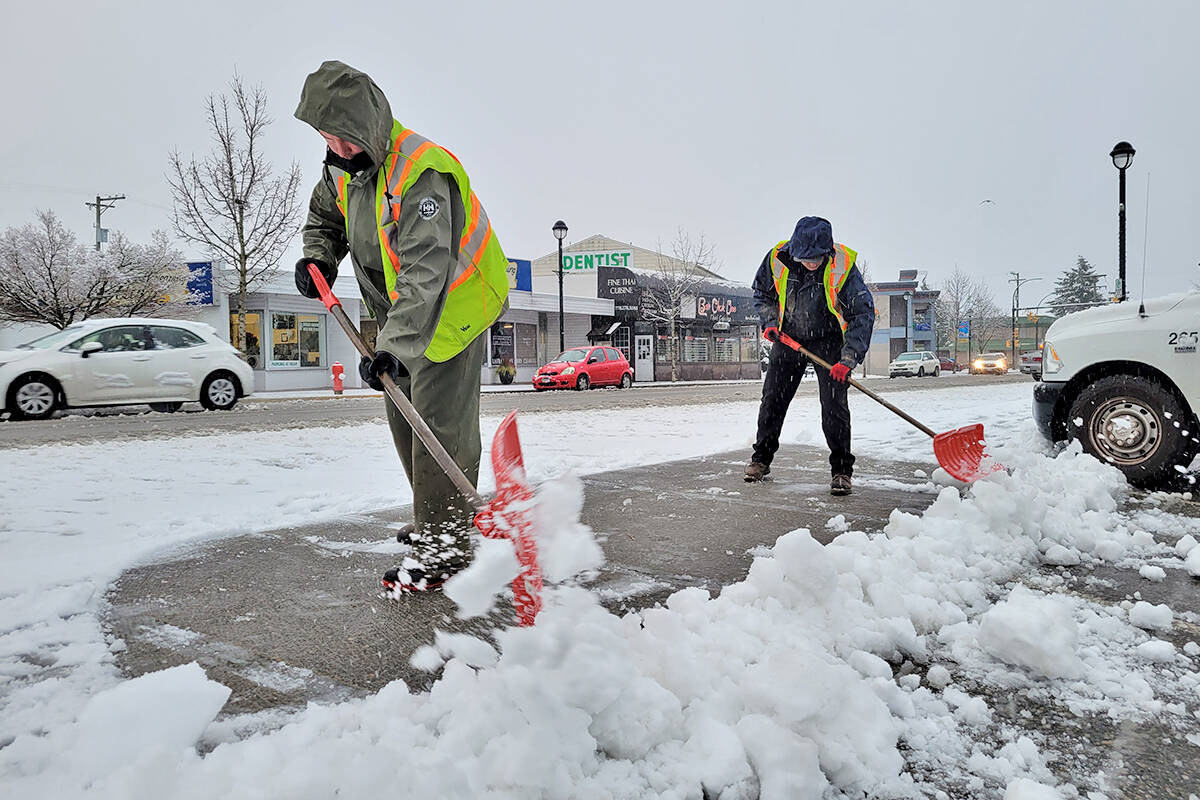 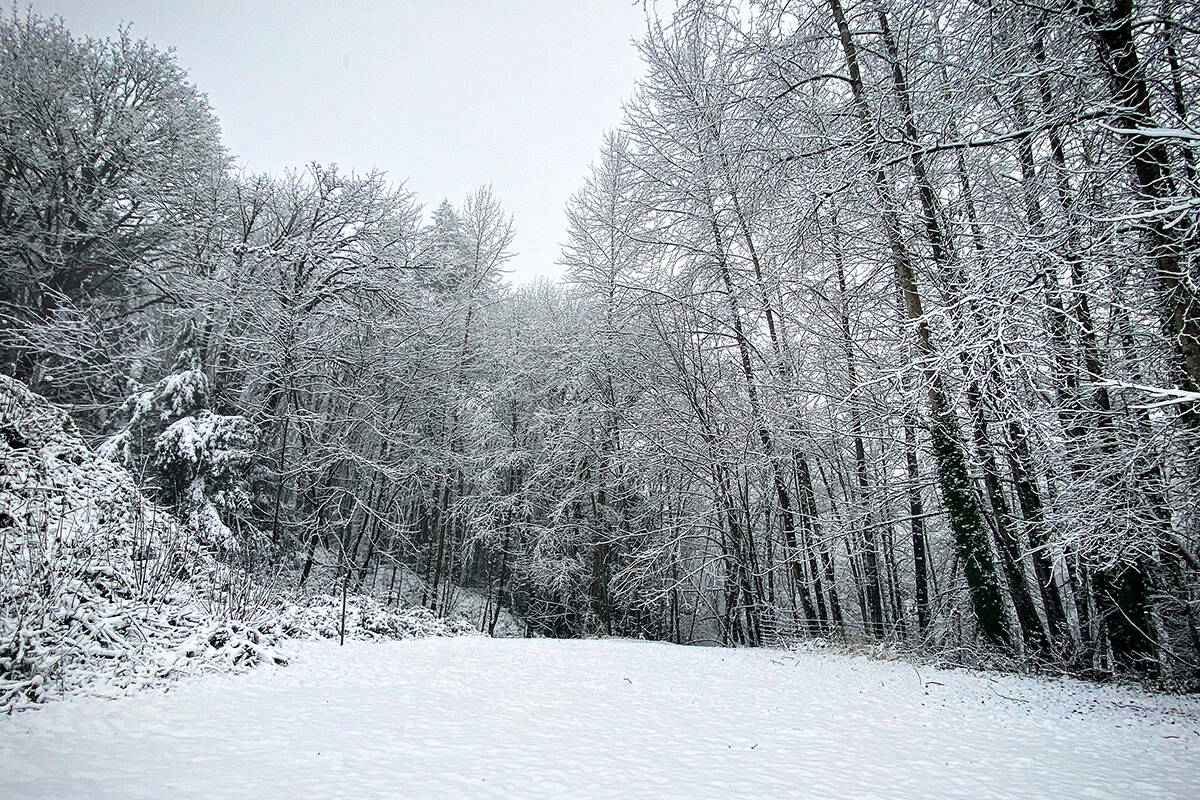 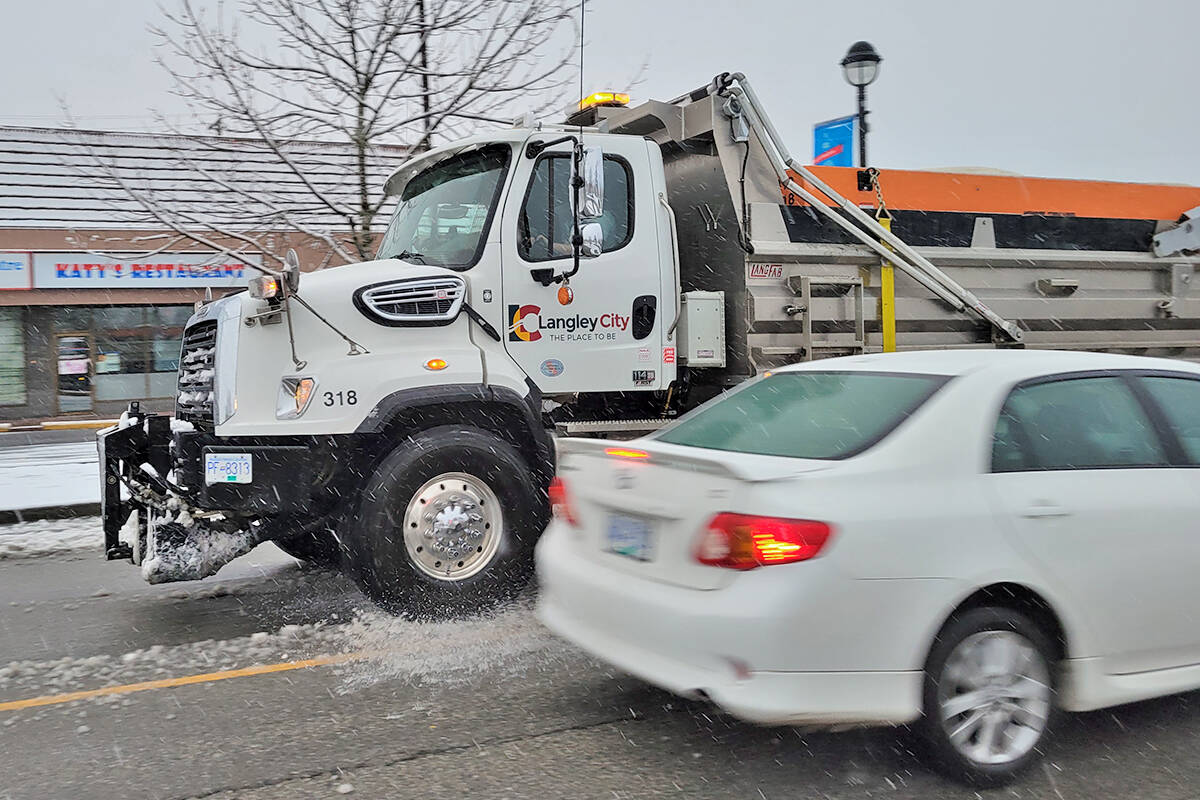 We're aware of an outage affecting 3,700 customers in #Abbotsford and #Langley. Crews will be assigned to the outage and will share updates here: https://t.co/JThHKQdIvx pic.twitter.com/P6hxBVDGAs

BC Hydro reported at least 3,700 customers in Langley and Aldergrove were affected when a tree fell across a power line, cutting power to an area north of 18th Ave., east of 240th St., west of Mt. Lehman Rd., and south of 56th Ave.

Environment Canada’s forecast is for snow changing to periods of rain by the afternoon.

Tonight, expect periods of drizzle, with temperature steady near plus 3.