“We got out our vote, and you see the results.”

He described the national numbers, showing a Liberal minority re-elected, as “disappointing.”

“We had high hopes that we would be forming at least a minority government,” van Popta remarked.

He called his re-election “a real honour to be able to serve in that capacity, and I’m so grateful to the people of Langley and Aldergrove for giving me another opportunity.”

“I will absolutely do my best for them,” van Popta promised.

“I’m going to keep working, understanding what the interests are, what the priorities are, what people’s concerns and worries are, and to be a voice for the people of Langley and Aldergrove in our national capital.”

During the campaign, Liberal challenger Kim Richter warned that voting for other “progressive” parties would ensure a Conservative win by splitting the vote.

On Monday night, the Liberal and NDP vote combined was roughly the same as the Conservative, who was elected.

“We tend to keep doing that in Langley,” Richter observed. 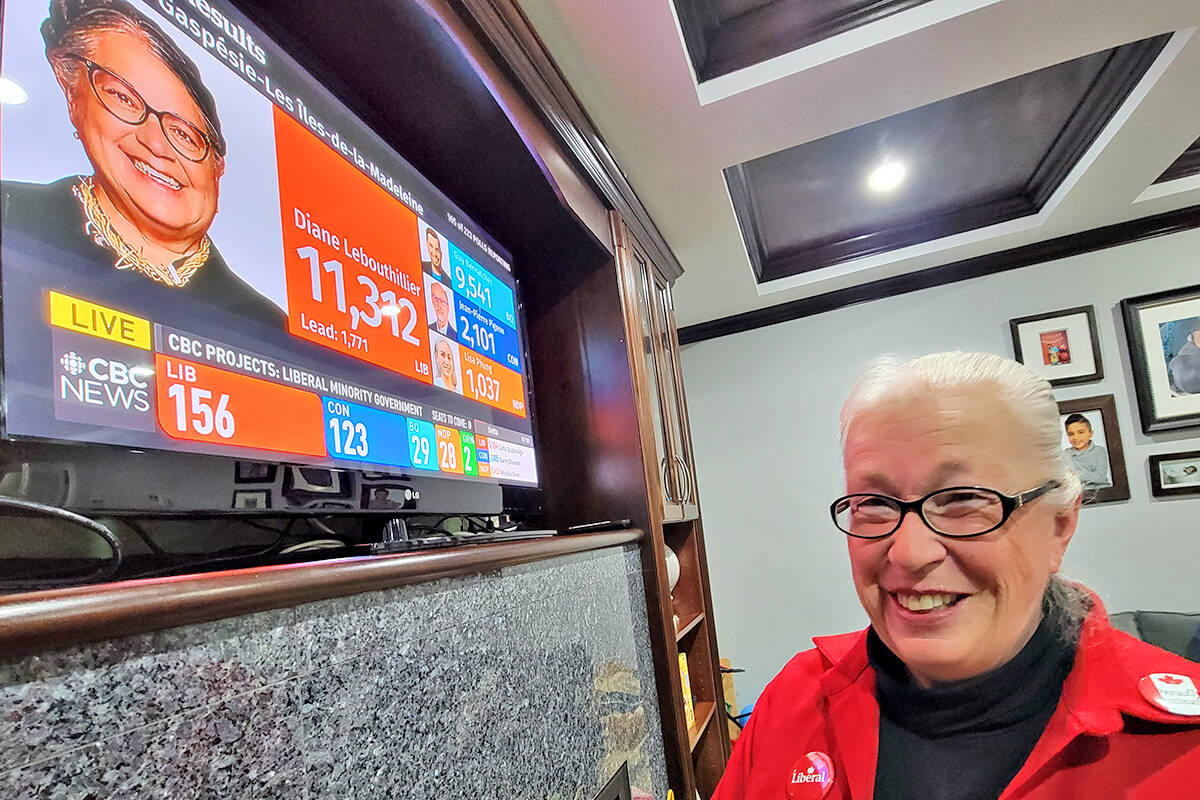 “I don’t understand why, because there are more progressive voters in Langley than there are Conservatives.”

“I believe in the collective wisdom of the electorate,” Richter went on to say, “they’ve made their decision.”

She would like to see some campaign promises become reality.

“I’m just hoping that, number one, we get $10 a day child care, and number two, that we get the performance centre at the Langley Events Centre, because we really need that.”

Richter said she will press for the performance centre as a Langley Township councillor.

Finishing third in his first federal race, NDP candidate Michael Chang said he was proud to be “part of this great process,” and pleased to see his party’s share of vote increased.

As for Liberal rival Richter’s comments about vote-splitting, Chang said opponents can “say whatever they want [but] people can choose the candidate and the platform they agree with.”

Chang said it had been a gruelling shorter-than-normal campaign and expressed dismay at some of the negativity he experienced, including “f-bombs” directed at him during door-to-door campaigning.

“Elections should should be a process of unification, not divisive,” Chang commented.

Mail-in ballots were to be counted on Tuesday.

In the 2019 election, van Popta won the seat formerly held by the late Mark Warawa with 47 per cent of the ballot, beating Liberal Leon Jensen, who had 25.62 per cent and NDP candidate Stacey Wakelin who had 16.85 per cent.

The Greens Farstad won 7.69 of the vote in 2019, with the People’s Party Natalie Dipietra-Cudmore tallying 2.06 and Libertarian Alex Joehl receiving .79 per cent.

B.C. public schools, government offices to close for Day of Truth and Reconciliation