Coming soon: a Brookswood ‘village’ for people living with dementia that is being touted as the first of its kind in Canada.

Construction of The Village memory care project on 6.96 acres at the former Bradshaw Elementary site (3920 198 St.) is expected to be completed by spring 2019.

The Village will consist of six single-storey craftsman style cottages with one main, two-storey community building.

It will be a memory care community where up to 76 people with dementia can live in a village setting complete with cottages, shops, a café, a farm, a salon, fish and duck pond, crafting and art spaces, and a community centre.

Staffed by 72 specially trained employees, The Village’s goal is to create a memory care community that will become the new standard for person-centred care.

The Village will also include a gated entry, eight-foot perimeter fence with a resident location monitoring system, a 24/7 caretaker, and staff on site at all times.

A Wednesday groundbreaking ceremony at the site was followed by a reception and presentation at the Township Civic Facility.

“Today they had the groundbreaking, and this is a groundbreaking project for Canada and it’s great to see it in Langley,” Froese said.

There were 18 representatives from the design, development, operations, finance and ownership group in attendance, including B.C. seniors advocate Isobel Mackenzie. The office of the Seniors Advocate monitors and analyzes seniors’ services and issues in B.C., and makes recommendations to government and service providers to address systemic issues.

Mackenzie said The Village will complement existing B.C. care facilities that treat people with dementia and other related cognitive challenges.

“As we continue to age and increase the number of people who are going to need some supports, I think that it’s important that the supply keeps up with the demand,” Mackenzie said. “I think it’s very helpful that this development has come along at the time that it has and in the location that it has.”

Eighteen per cent of B.C.’s population is aged 65 and older and that number is expected to increase to roughly 25 per cent over the next 20 years.

“We are definitely going to see more seniors,” Mackenzie said. “The percentage of people struggling isn’t going to change, but the total number will increase.”

When the project was first announced in early October, Jespersen told The Times that people with dementia often have to move to another community due to symptoms related to the disease.

“We didn’t have an appropriate place for people to go to,” Jespersen said.

“We began looking for a community (where) we could build (The Village) that had a bit more property, that allowed people to move about freely without being constrained in a building. When we discovered the Bradshaw Elementary site for sale a year-plus ago, we put in an offer in Langley.”

“To our knowledge, there is no other place in Canada that has all the components, and by components, we’re talking about the physical environment, the philosophical approach, and the type of staff support we have,” he said. 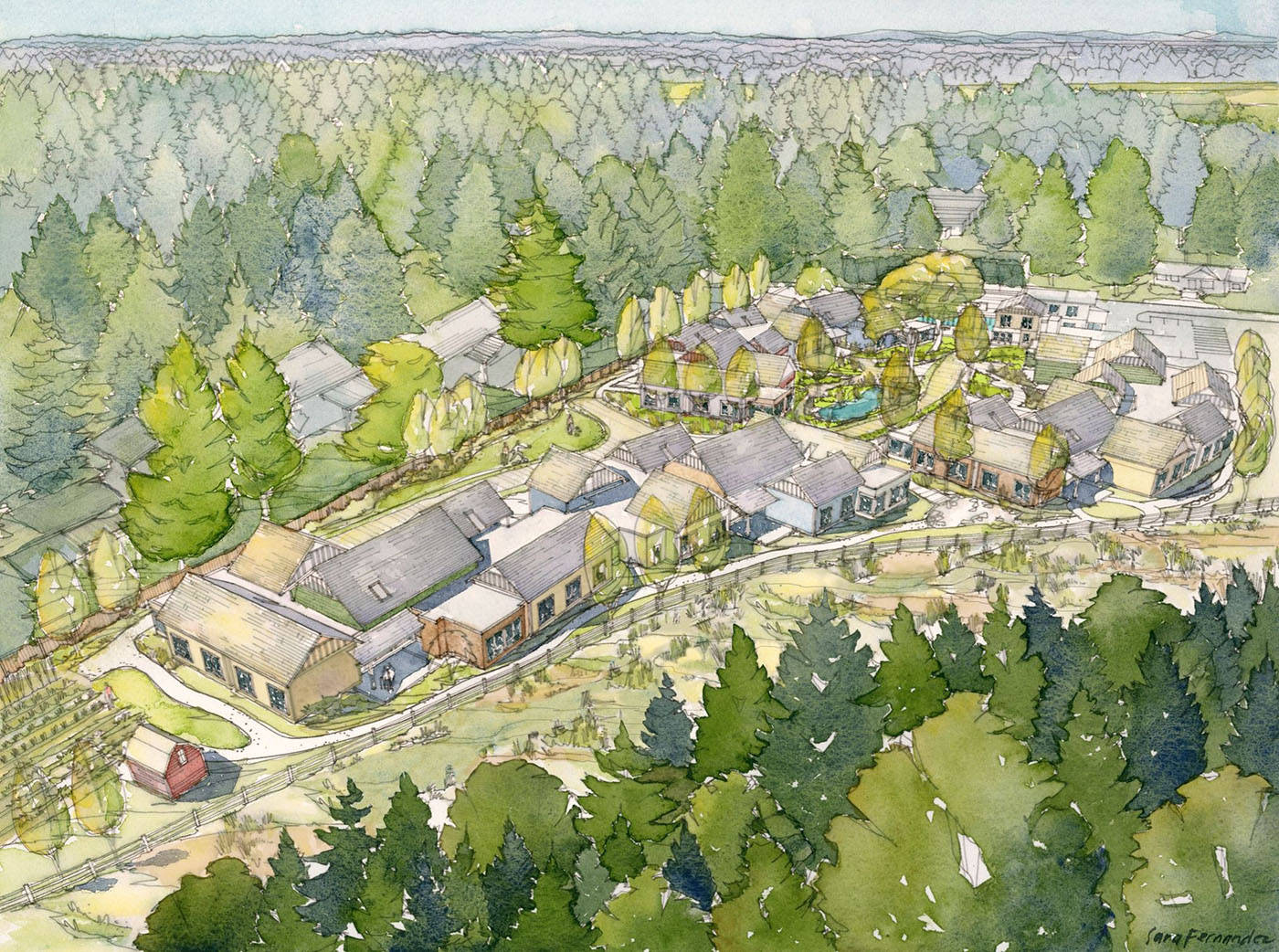