The engine of a van caught fire while the vehicle was being driven in Brookswood Tuesday evening.

The driver pulled the van over and with his son, the pair managed to scramble out to safety just before flames quickly took hold of the vehicle.

Several residents took video and many others commented they could see the plume of smoke as far as Murrayville and Willowbrook. Craig McDougall shot video of the flames and black smoke.

Tamie Simunac said her husband and son were driving south on 206 Street, coming from 44 Avenue when they noticed a smell of smoke and thought it was coming from outside.

They then realized it was coming the vents on the dash.

She said her husband pulled over near George Preston Arena and told his son to get out. By the time they escaped the van, the engine had burst into flames. There is nothing left of the van.

Two Township fire trucks arrived at the scene to douse the fire. Although the vehicle was stopped underneath power lines and close to the tree line, the blaze was contained to the vehicle, said a Township fire official.

Other residents said they heard an explosion. Simunac said that sound was the tires exploding.

Simunac said it was a stressful situation but everyone is OK. 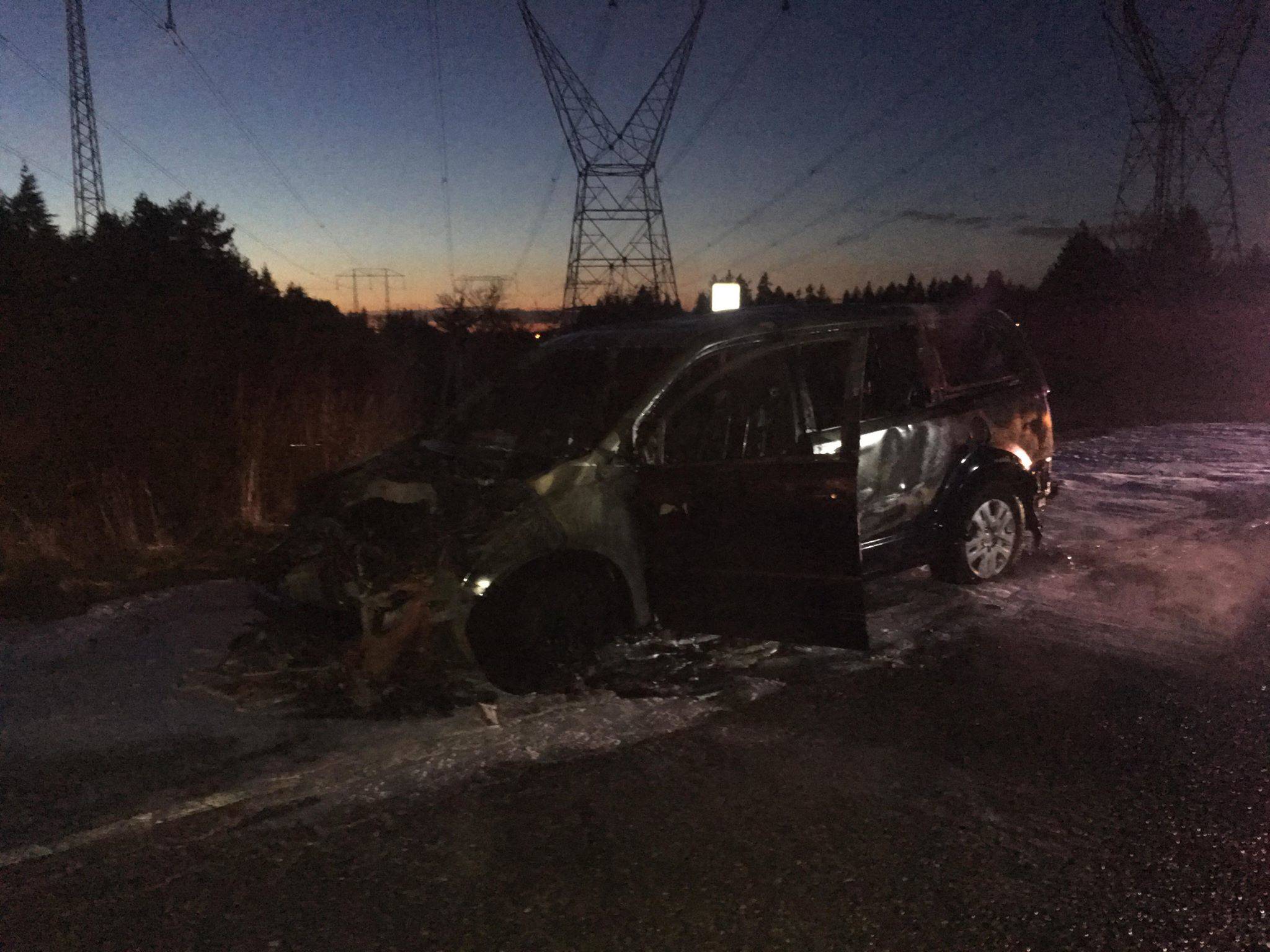 Nothing was left of the van that caught fire Tuesday. Submitted photo