As a mechanical shovel began demolishing the oldest wing of Langley Secondary School (LSS), a small group gathered to watch the moment.

Among them was former student Daryl McEwen, who pointed out his former classroom.

“I had, I believe, socials and math.”

He was not, he said, an especially good student, but he enjoyed the social part of school, hanging out with other students and sneaking a cigarette in the parking lot (a habit he abandoned a long time ago).

Now a plumber employed by the school district, McEwan came by on a break, hoping to get a photo of the walls coming down.

So was LSS teacher Aaron Rowe, who took his dog Pippin for a walk to see his former classroom taken down.

Principal Marcello Moino was also among the spectators.

Moino took over two and a half years ago, just as renovations were getting started.

He pointed out a metre-wide cut running between the old section and a newer east wing of the school.

“Everything from there to the new lobby will be coming out,” he said.

“There’s a new school behind it.”

In the new wing, there will be classrooms with movable walls that can be folded away, hallways with benches and alcoves for students to study, and rows of half-height lockers that can also be used as long tables.

A new main office will be going up where the old wing is coming down, as well as a counselling centre, staff room, and a resource classroom.

When the project is done, two gyms and some of the shops will remain from the “old” LSS, including the original gym built in 1949. 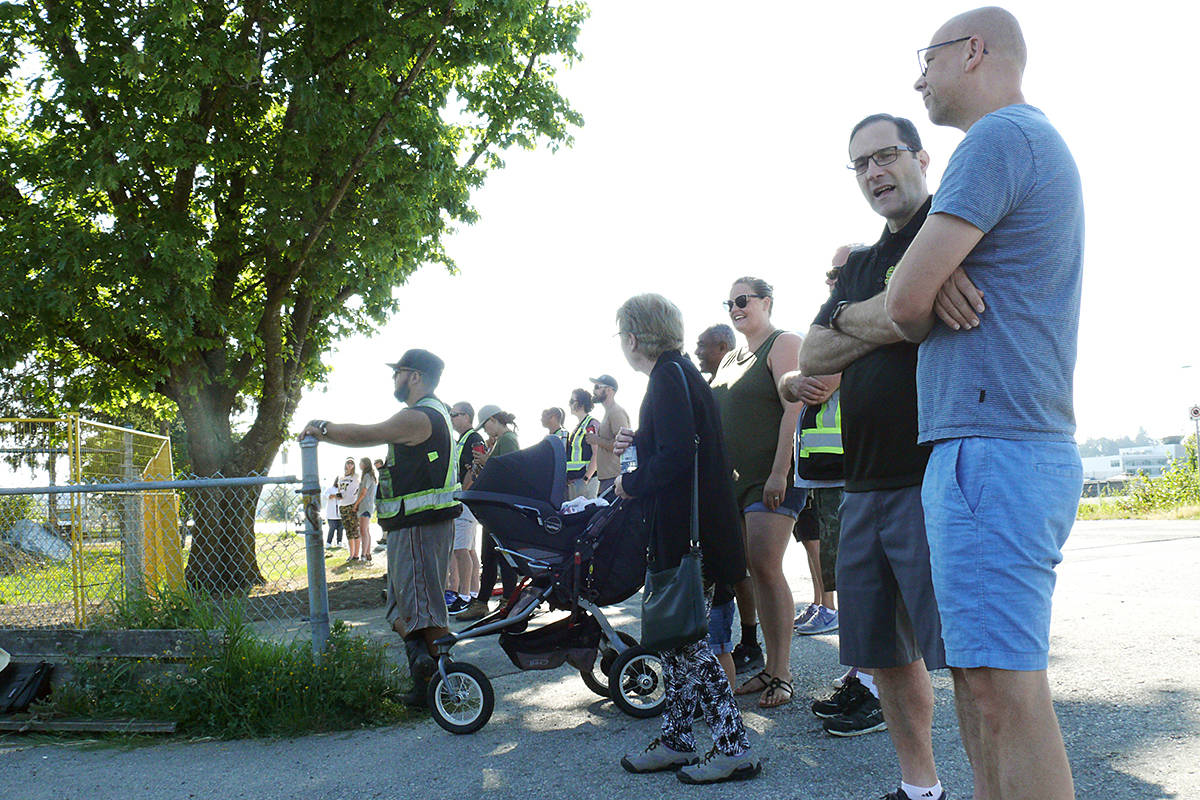 LSS principal Marcello Moino, second from right, was among the spectators as the old wing at LSS began coming down. (Dan Ferguson/Langley Advance Times) 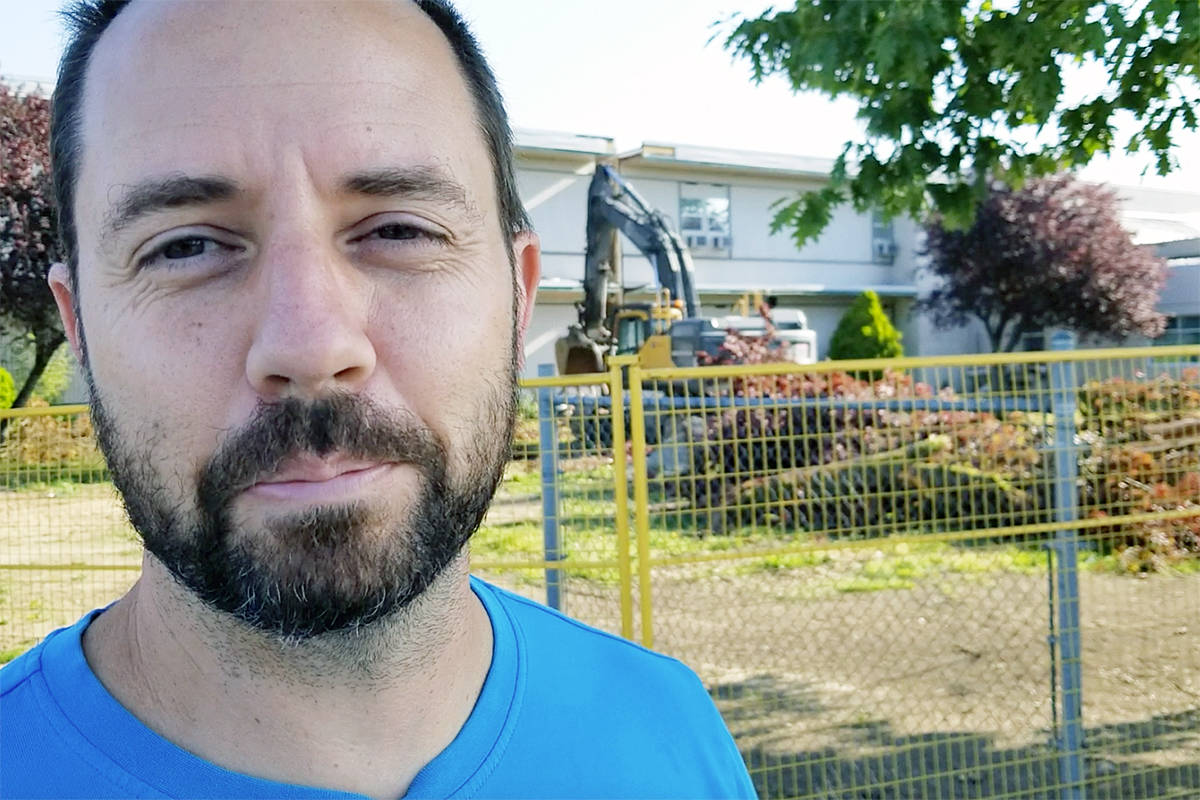 Teacher Aaron Rowe said it was “kind of an end to an era” to see the old wing come down. (Dan Ferguson/Langley Advance Times) 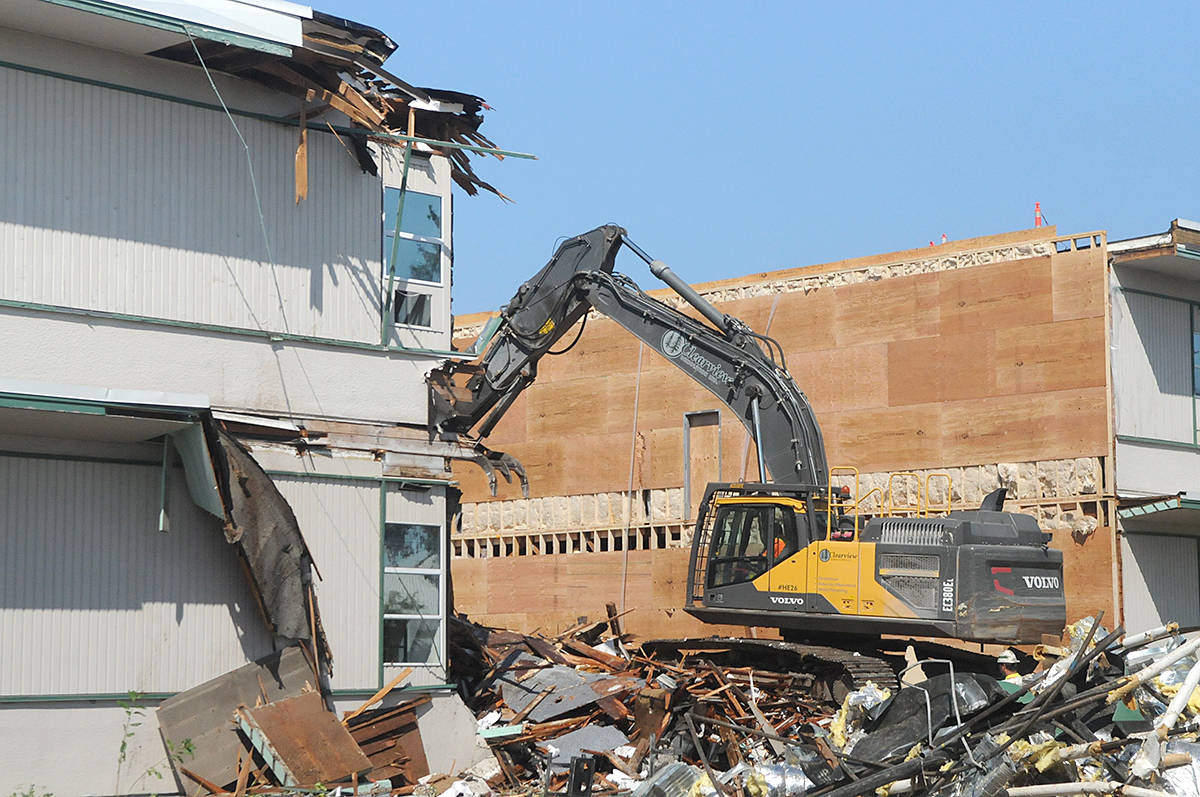 BC Liquor Stores to phase in paper bags province-wide