Between the bright orange “no trucks on 216th” signs pasted on the windows of Betty and Eugene Nelson’s Walnut Grove home, and the skull and crossbones banner hanging on the Forest Hills subdivision sign in their front yard, the couple are making it clear: they do not want trucks from the new 216 Street Interchange travelling past their home.

Since the project was first announced in 2015, they have feared what may happen when their “little country road” becomes a direct connection to Highway 1 and Willoughby. But it wasn’t until recently, when the stakes were put in the ground, that they realized just how much their quality of life could be affected.

A wooden stick wrapped in orange flagging tape indicates that a new 10-foot high sound attenuation wall will be installed in the centre of the retired couple’s hedge, about 17 feet from their house on the corner of Telegraph Trail and 216 Street.

Meant to mitigate noise from the estimated 17,350 cars (originally estimated at 22,000) that will be using the new thoroughfare every day, the couple fear that in their particular location, the wall will do more harm than good.

There will be a large gap in the wall in front of their house where Telegraph Trail connects to 216 Street — which may reduce the wall’s effectiveness — and the towering structure will block light from coming into their bungalow.

“We could have a truck in our house one night,” Betty added.

There are financial impacts as well. The couple, both aged 79, will be looking into replacing their windows with triple pane glass, and on top of that, their home was devalued by $95,000 in this year’s property assessment.

While they understand why the interchange is being built, and have no objections to it serving the south side of the freeway, they do believe there should be a ban on truck traffic on the north end.

They are especially frustrated because when they purchased their home 25 years ago, they went to the Township to ask about future plans for the area, and say they were told an interchange would be built at 217A Street.

They feel their concerns have not be adequately addressed by any level of government.

“The thing that bothers me a lot is that the council are supposed to be working for us, and they certainly don’t,” Eugene said. “They’re working for themselves, and for the government. That’s who they’re working for. Everything we’ve had to say was good, logical stuff and they just didn’t listen to us at all.”

Beyond the increased noise, the Nelsons are worried about pollution. Betty has heart disease and Chronic Obstructive Pulmonary Disease, a serious lung condition.

The Nelson’s neighbour, Linda Nash, is also very concerned about health impacts and, in a perfect world, would like to see the interchange become an electric vehicle road.

The three, along with some of their other neighbours, met with representatives from the Ministry of Transportation and Infrastructure at the end of April to discuss their concerns.

Township councillors were also invited to this meeting, however none attended.

Nash says it has been frustrating collaborating with different levels of government because the ministry is only responsible for the project up to a certain point before the Township takes control. And then when it comes to air quality, Metro Vancouver has to get involved.

“The hardest part for us as residents, is always trying to figure out who’s responsible,” she said. “Is it the local government? Is it the ministry? Then we also know that the federal government is responsible because they funded it.”

The group was told at the meeting that the ministry’s objective is to move people, goods and services in a region that is quickly expanding, but Nash believes they are using “antiquated thinking.”

“Obviously they want to move people, goods and services at the expense of health. It’s a very sad scenario,” Nash said.

Currently, 216 Street from 88 Avenue north to 96 Avenue is designated a truck route, but the portion between Highway 1 and 88 Avenue is not.

The merit of changing this stretch to a truck route was discussed at length during Monday afternoon’s council meeting, where staff revealed that trucks will be allowed to use 216 Street regardless of whether it is designated a truck route.

The Township has no jurisdiction to stop a truck from leaving a provincial highway or freeway, and if it does leave the highway, it must go to the closest truck route, CAO Mark Bakken explained

In the case of the new interchange, the most immediate path is up 216 Street to 88 Avenue.

“If council does not designate that as a truck route (between Highway 1 and 88 Avenue), it still remains for trucks to access and egress on that road provided they’re coming from 88 Avenue or those other points,” Bakken said.

“We have no ability to block that. Our statement that it’s not a truck route is merely our desire that trucks limit their use to it. If you will, it’s a preference, but there’s no enforcement ability, there’s nothing we can do to stop them from going in that area. It’s just a statement.”

That statement also comes with a cost, he said. The addition of 216 Street to the truck route network would make it a candidate for MRN (Major Road Network) funding. That would increase annual operations and maintenance revenues from TransLink by $302,400 ($21,000 per lane kilometre) and make it eligible for annual funding for upgrades.

“So we’re in a bit of an ironic position that if the area is not designated as a truck route, the region does not pay for it,” Bakken said. “The trucks will still use it, but the region will not pay for that truck route for the improvements to that road at all. Instead it will be the local residents or the Township residents, through taxes, that will be paying for that. The irony is that, of course, people are opposed to the truck route. But that comes as part of the parcel of having the interchange where trucks can access and egress the freeway or highway itself.”

After a 6-2 vote by council, the Township will now initiate an application to TransLink to designate 216 Street from 88 Avenue to Highway 1 as a truck route, and 216 Street from Highway 1 to Highway 10 as a truck route. Staff will also conduct a public information session, and bring forward amendments to the highway and traffic bylaw for council to vote on should TransLink approve the modifications.

Unlike 216 Street, these roads are not eligible for MRN funding. 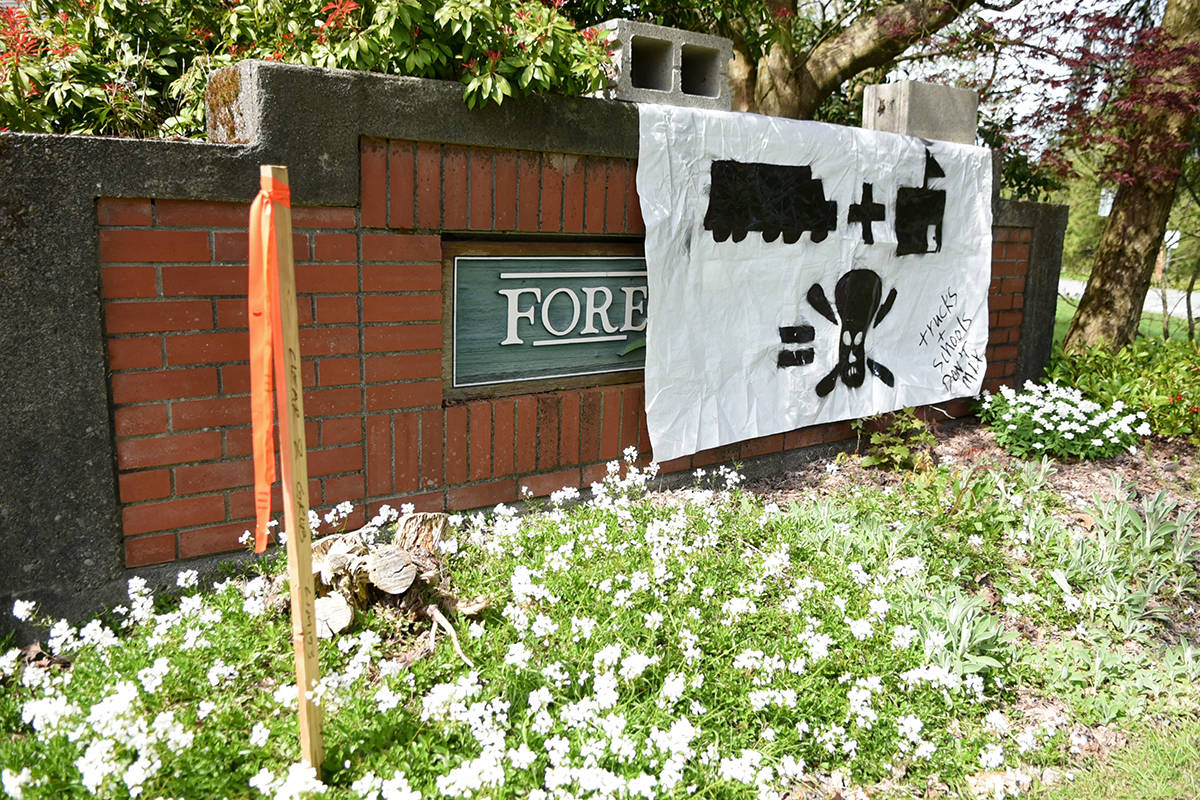 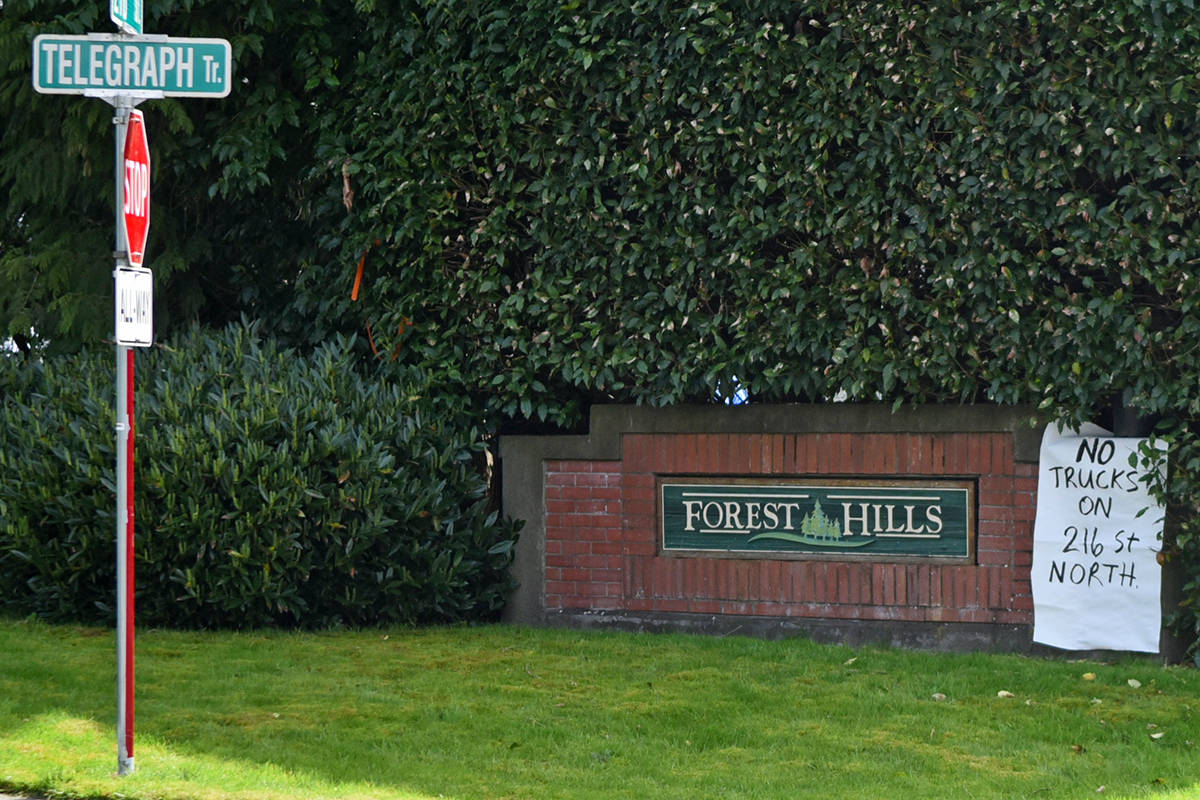