The Langley-Aldergrove is going blue with candidate Tako Van Popta declared for the winner in the riding.

With 44 of 216 polls reporting in that riding as of 8:43 p.m., the initial results show Van Popta in the lead with 47 per cent with Liberal Leon Jensen next with 26.2 per cent. NDP’s Stacey Wakelin has just over 15 per cent with the rest trailing.

Canadian Press has declared him the winner.

“I will ensure that your voice is heard loudly and clearly in the nation’s capital,” he said in his victory speech. “That is my number one job.”

Van Popta noted that a key priority is getting SkyTrain to Langley.

The riding left big shoes to fill with the passing of Conservative MP Mark Warawa and it was reflected in this election.

Warawa died from cancer in June of 2019.

“There’s no question, there’s a hole with Mark not being around,” Pratt commented.

Greg Van Popta, his son, joked that the results will mean a change in family dynamic.

“It might mean Sunday dinners only happen once a month instead of once a week,” he said.

“I’m happy we closed the gap, that’s a big win,” said Adam Clay, a TWU student and local Conservative riding board member, about reducing Liberals to a minority.

“The timing was perfect,” said Scott, who is from South Africa.

The official who swore her in as a new Canadian encouraged newcomers to get involved in her new home and she did.

Stay tuned for updates as they become available. 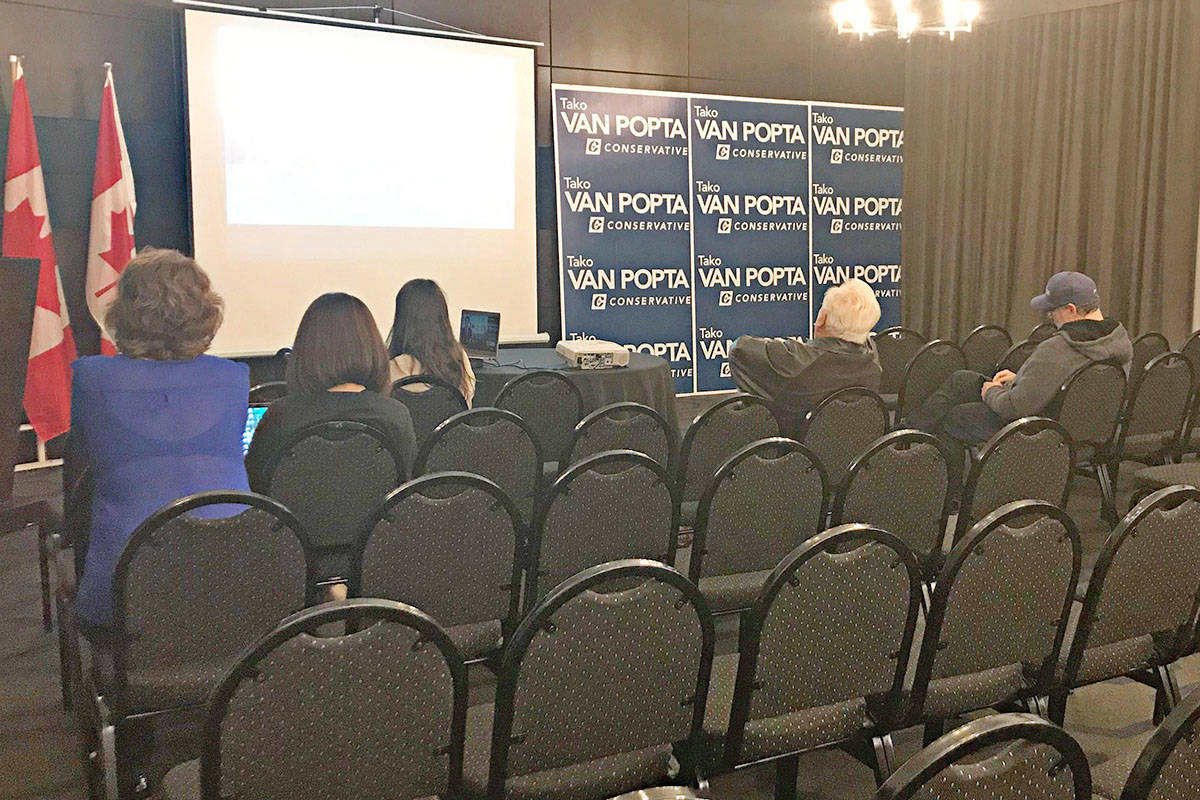