Jansen, 50, made the official announcement Wednesday (Aug. 1) at the William of Orange Christian School she attended while growing up in Cloverdale.

“After much prayer and discussions with my family, I am excited to seek the Conservative nomination to run in Election 2019,” said Jansen. “My extensive business background, along with my lifetime of volunteering in the community will help me stand up in Ottawa for businesses and families in Cloverdale-Langley.”

Jansen, who owned Darvonda Nurseries in Langley Township before retiring and selling the business to her son, said the Liberal government has been pursuing pro-tax policies that are harmful to business and hurtful to the economy.

“The Trudeau Liberals have decided to wage war on small businesses here in Cloverdale – Langley City, and across the country. I bring real life experience to the table that will allow me to speak out and fight back in the House of Commons. It would be a tremendous honour to serve my community in this role, and I am asking for support from across the riding to help me take this important first step to becoming our next Member of Parliament.”

“We need someone from our community to go to Ottawa and make sure they’re thinking it through.”

Jansen is well-known within Conservative Party of Canada circles.

She helped to organized a Conservative Party leadership debate at Darvonda in February of 2017 after the region was left out of the national debate schedule.

More than 500 people bought tickets to see 12 of the 14 hopefuls take part in the three-hour “Debate in the Valley.”

As a member of the Association for Reformed Political Action, (ARPA) a national Christian organization, Jansen has lobbied against the implementation of medical assistance in dying (MAID).

She took part in a 2016 protest against (MAID) at Aldag’s office that she described as a “very respectful conversation.”

Jansen was master of ceremonies at a public forum on a controversial decision to require the Langley Hospice to permit MAID.

In May, Jansen hosted a pro-pipeline rally at her home, one of five held in B.C. in one day.

Speaking at the rally, Jansen called the arguments against the Kinder Morgan pipeline expansion “nonsensical.”

At least one other candidate is seeking the Conservative party nomination for Cloverdale-Langley City.

The federal election is scheduled to take place on or before Oct. 21, 2019.

So far, no date has been set for the Conservative Party of Canada’s nomination contest in Cloverdale-Langley City. 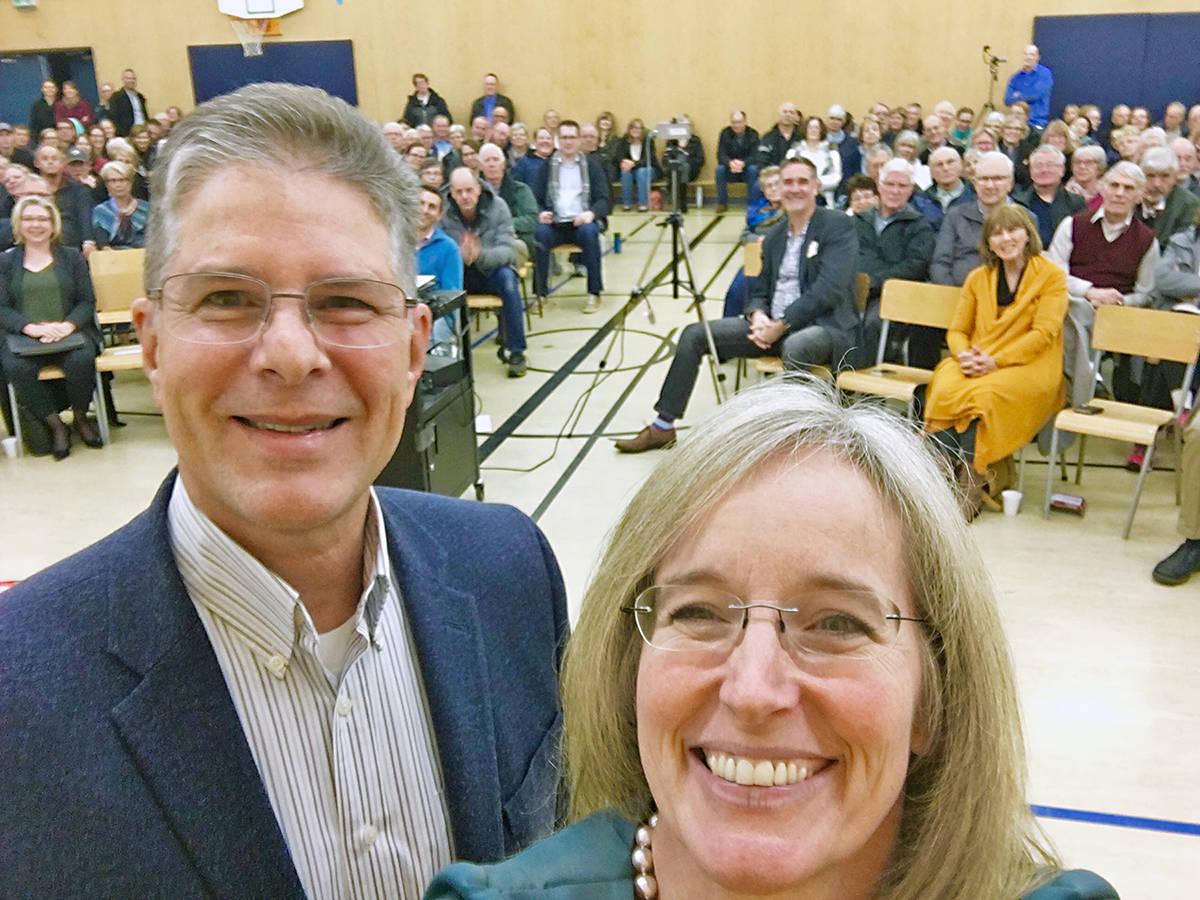 Tamara Jansen with Conservative MP Marka Warawa at a February pubic forum on the issue of medically-assisted dying being allowed at Langley Hospice. File photo 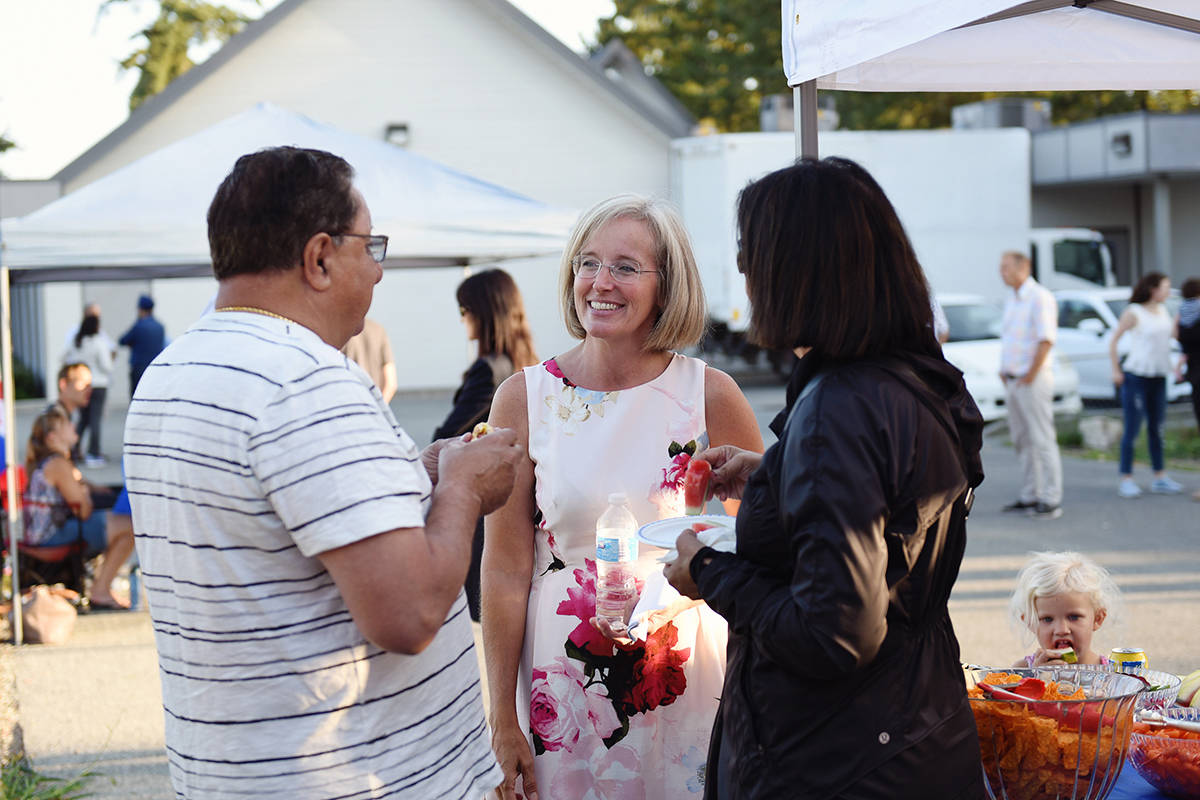 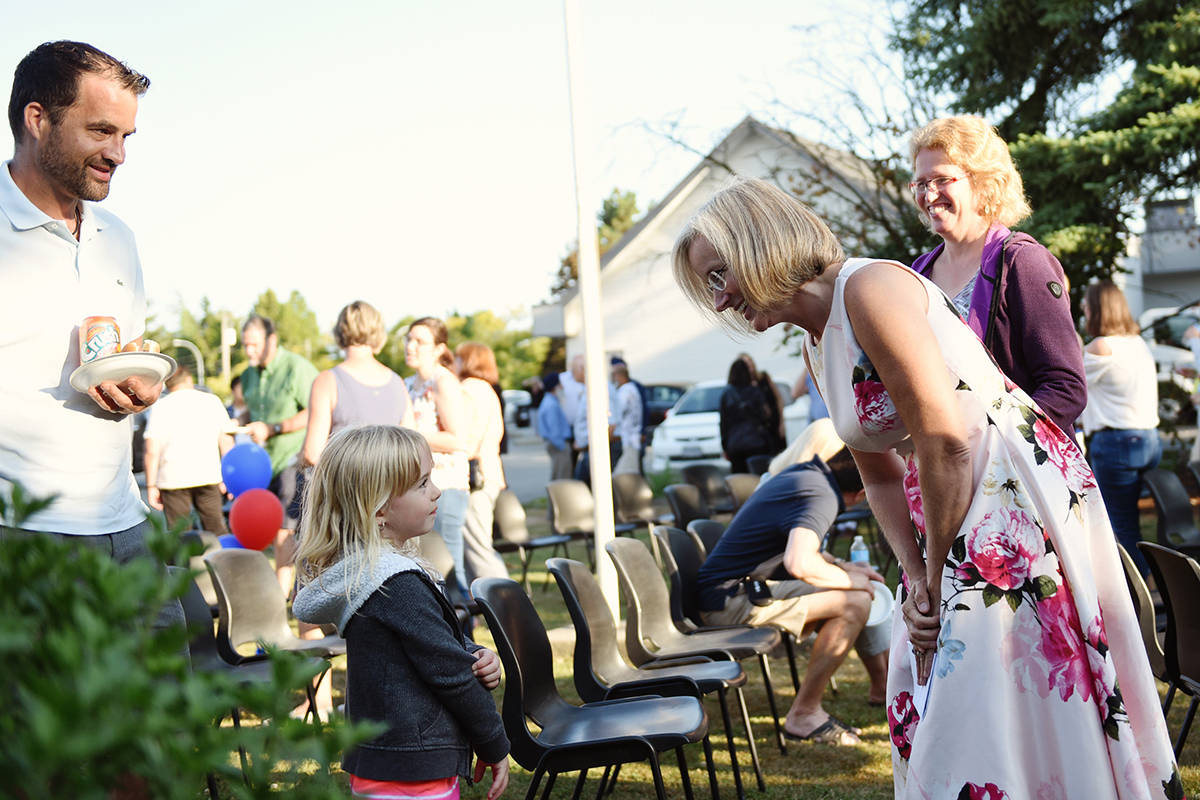 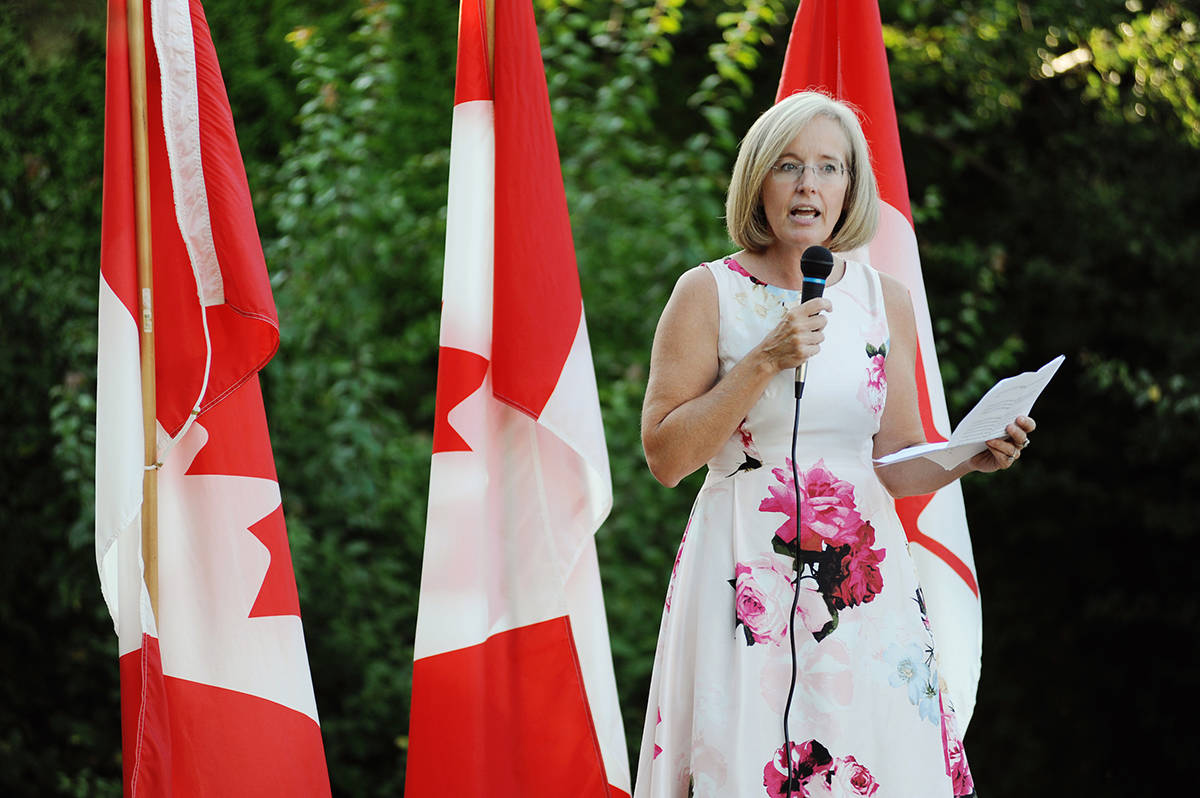