Exactly 250 days after the White Rock Pier was destroyed by a violent windstorm, hundreds of people gathered at the city’s waterfront to be among the first to step foot on the reconstructed pier.

With media and members of the public waiting anxiously, the city’s director of engineering and municipal operations Jim Gordon counted down from three, then allowed residents and visitors to once again walk the pier.

“I’m ecstatic,” Mayor Darryl Walker said as he walked with the group of people to the end of the pier. “The people of White Rock, we have our pier back.”

It’s not hard to tell which section of the pier was replaced, not only due to the colour of the new wood, but because of the structural integrity of the concrete-reinforced planks.

“It couldn’t be a better day, when you consider almost eight months ago what happened down here,” Walker said.

Several members of council attended Tuesday to take in the reopening of the pier, including Coun. Anthony Manning, who predicted the pier will stand for another 100 years.

Youngsters were among the first to reach the end of the pier, bolting to the end once they separated from themselves from the crowd of people.

It didn’t take long for people to strip down to their bathing suits and begin jumping off the end of the pier, nor for people to bring out their tackle box and crab traps.

“We can tell our grandchildren we walked the pier the day it reopened,” Val Naylor told Peace Arch News.

Naylor noted the abstract splashes of seagull droppings along the pier.

Reminiscent of works by Jackson Pollock, it appeared as if someone walked the structure with a bucket of wet paint, splashing it along the path as they reached the end – a sign of what happens when seagulls have free run of the structure, without having to worry about pesky pedestrians.

RELATED: New pier could cost up to $6 million

South Surrey resident Doreen Antifaev said she’s most excited about the possibility of the Picnic on the Pier fundraiser returning to the waterfront. The picnic was held at a private home this year in Ocean Park, which was advertised as a “secret location.”

It was special, she said, to be one of the first on the rebuilt pier.

“Not that many firsts in my life anymore, but this is one of them,” the senior said.

A family also gathered at the end of the pier, each holding a few flowers. They emotionally sung a happy birthday song, and shared hugs and cried. It appeared to be a memorial for a family member, PAN did not approach them, and instead elected to respect their personal moment.

On the shoreline, Gus Rachid, owner of one the pier’s nearest restaurants FIVE, said not only have the people of White Rock been looking forward to the pier reopening, but also residents in the Lower Mainland and beyond.

“We’ve been waiting for this,” he said, adding that the construction timeline, particularly the city finishing a few days ahead of schedule, was “not bad at all.”

“We were expecting it to take longer than usual,” he said, adding that he’s looking forward to the last few warm days of the year and next summer.

A section of the city’s pier, which has stood in some form for 100 years, was destroyed Dec. 20 by an unfortunate combination of high winds and a king tide.

The wharf, which was holding secure approximately two dozen sailboats, was ripped from the west end of the pier – it was little match for the waves cascading over the breakwater – and ended up ramming into the mid-section of the structure.

The attached sailboats and wharf acted as a battering ram, slowly breaking away the pier while one man was stranded on the far side. After a dramatic helicopter rescue – and an expression of embarrassment from the man who had to be rescued – the rebuilding process of the pier began.

Instead of the more costly option of rebuilding the entire pier with concrete and steel in one go, – at an estimated cost of $16 million – the city went forward with a scaled-down fix, replacing only the damaged section of the pier for about $5 million.

Friends of the Pier formed in late April, with the goal of raising $2 million to help cover a projected shortfall once insurance and potential contributions from other levels of government, as well as a withdrawal from the city’s reserves, were taken into account.

An additional $11 million will be required to replace the entire structure.

A more formal grand-reopening of the pier is to take place Sept. 21, which is the same day as the White Rock Craft Beer Festival. 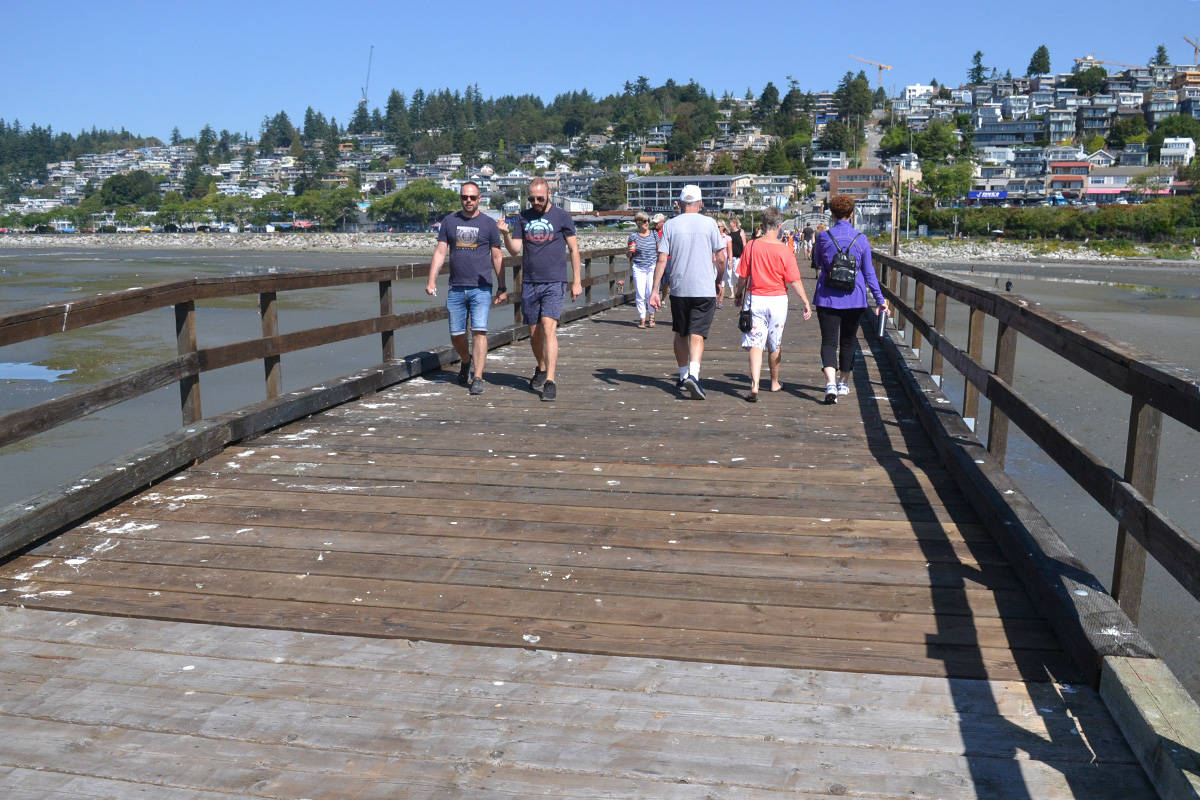 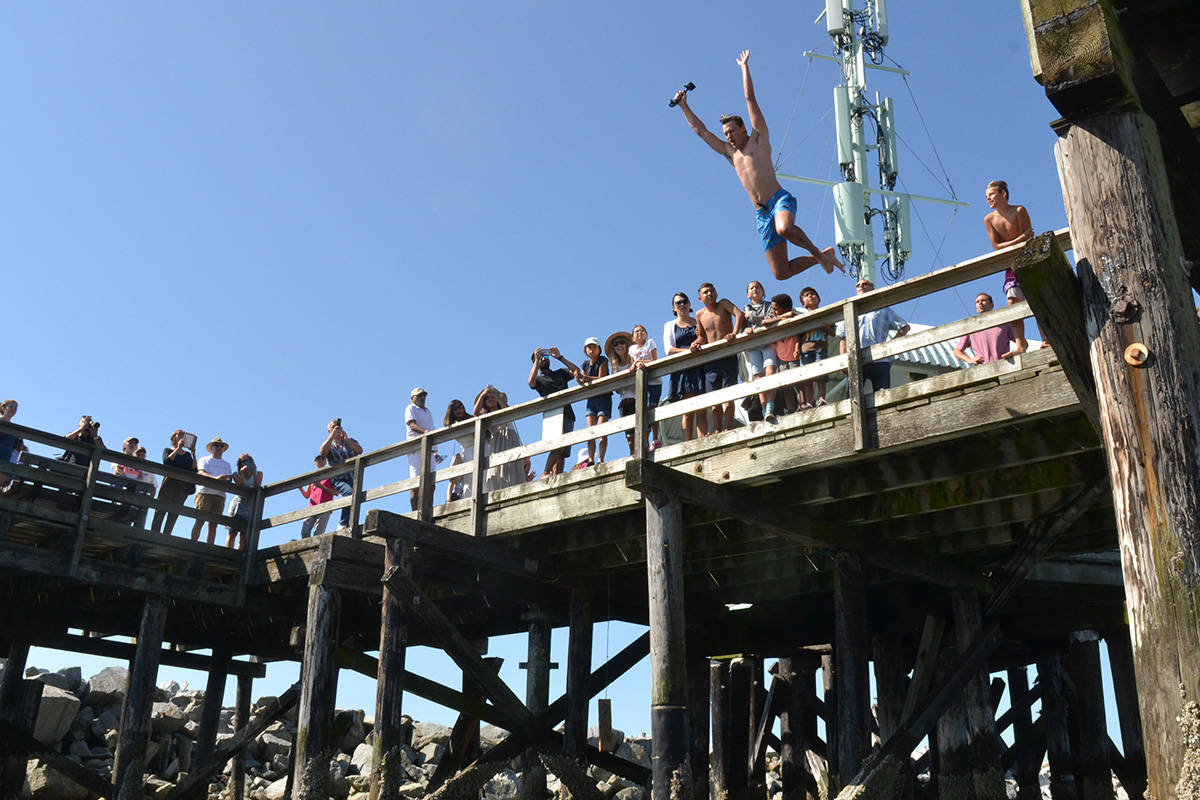 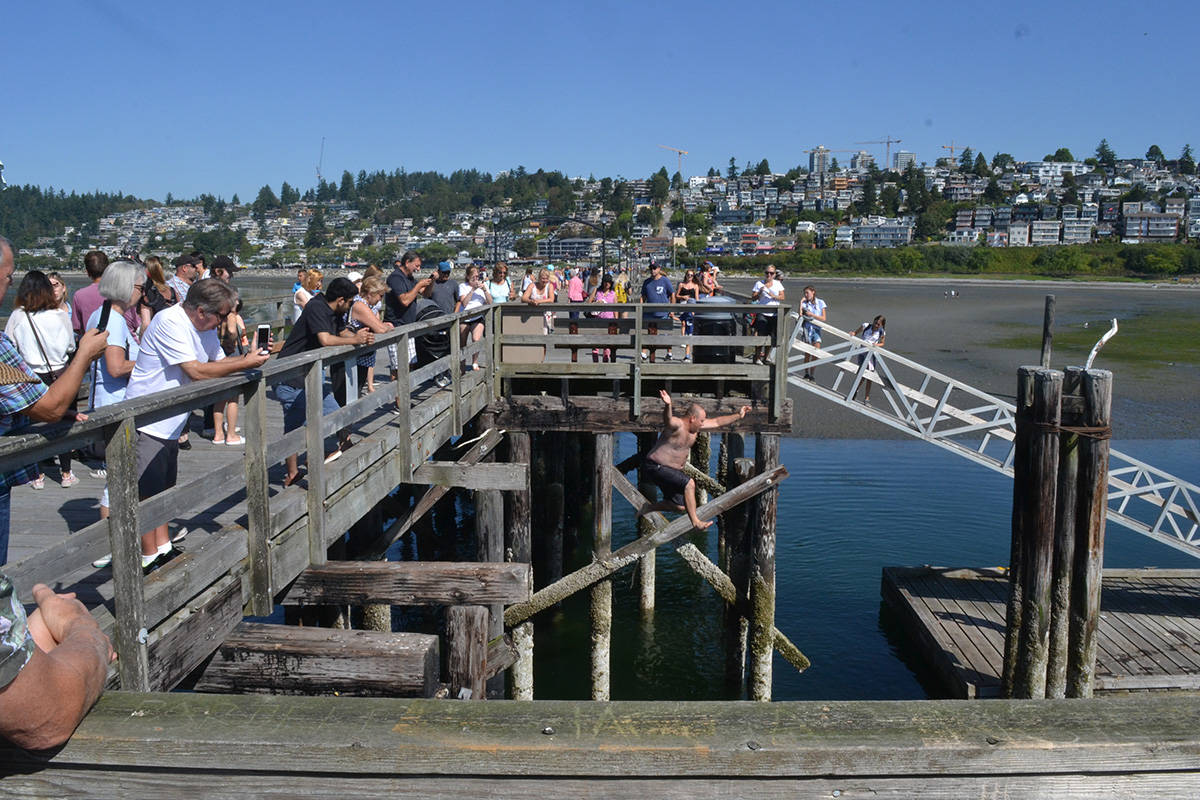 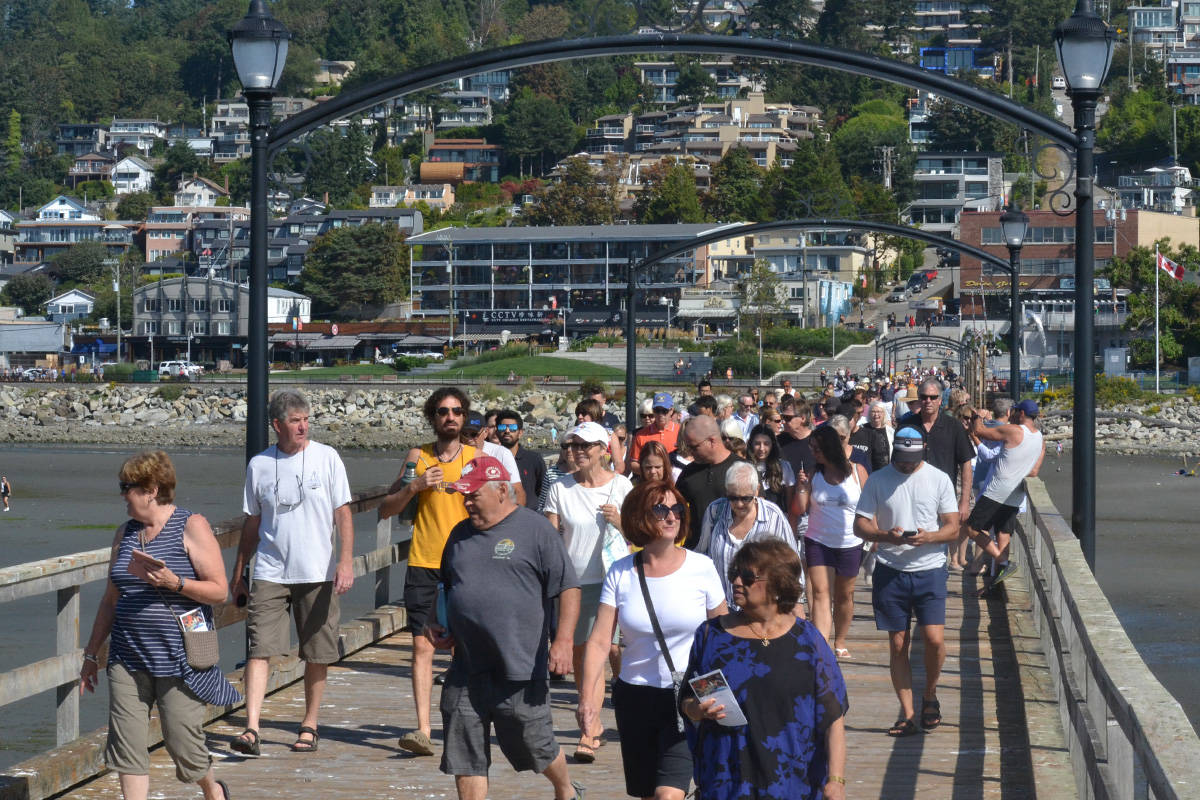 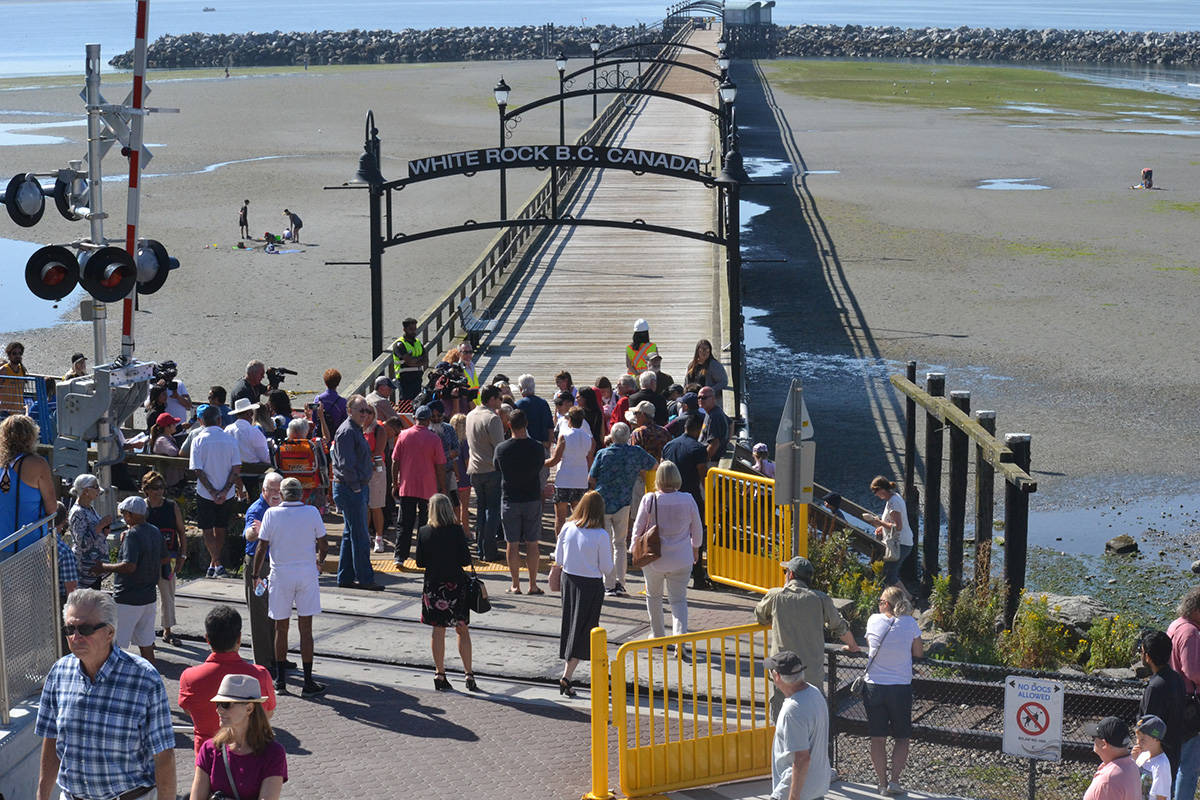 B.C. dad accused of murdering daughters asked about last day with them