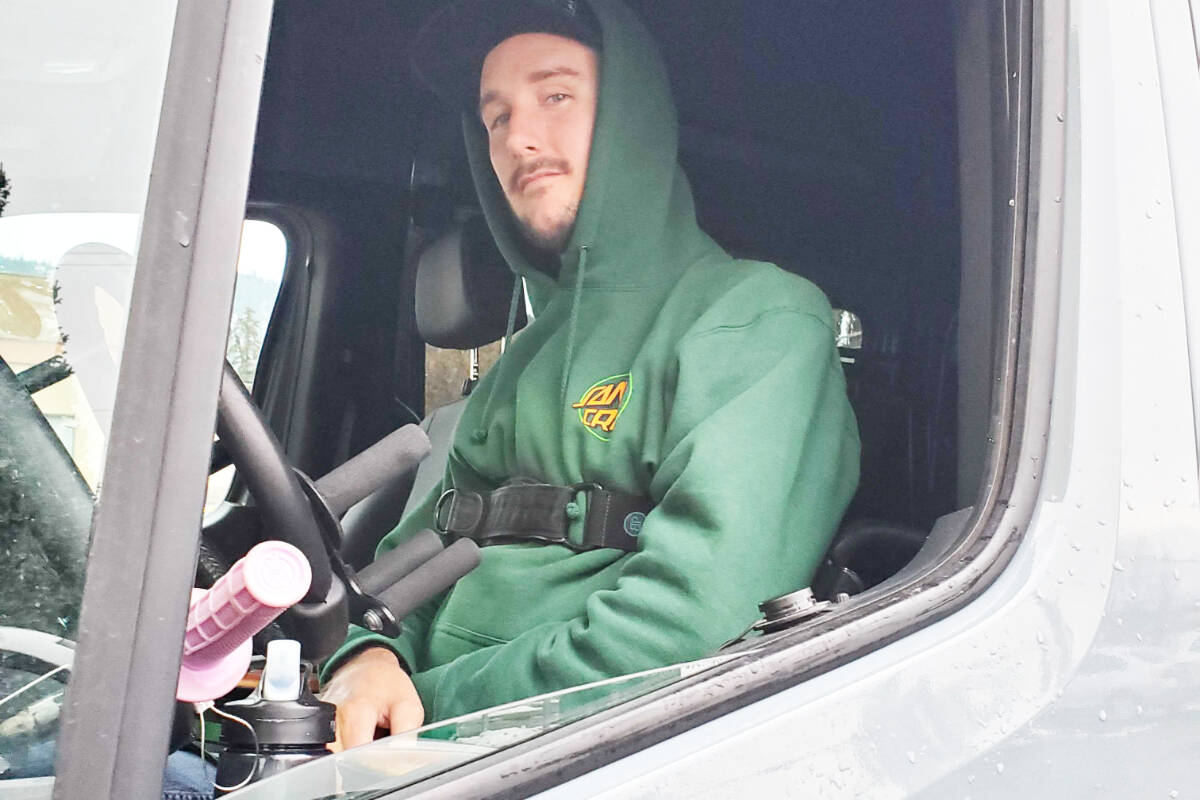 Brayden Methot in the drivers position of his specially-adapted van, which he can drive from his power chair using hand controls, despite a C4 spinal cord injury. (Monica Lamb-Yorski photo) 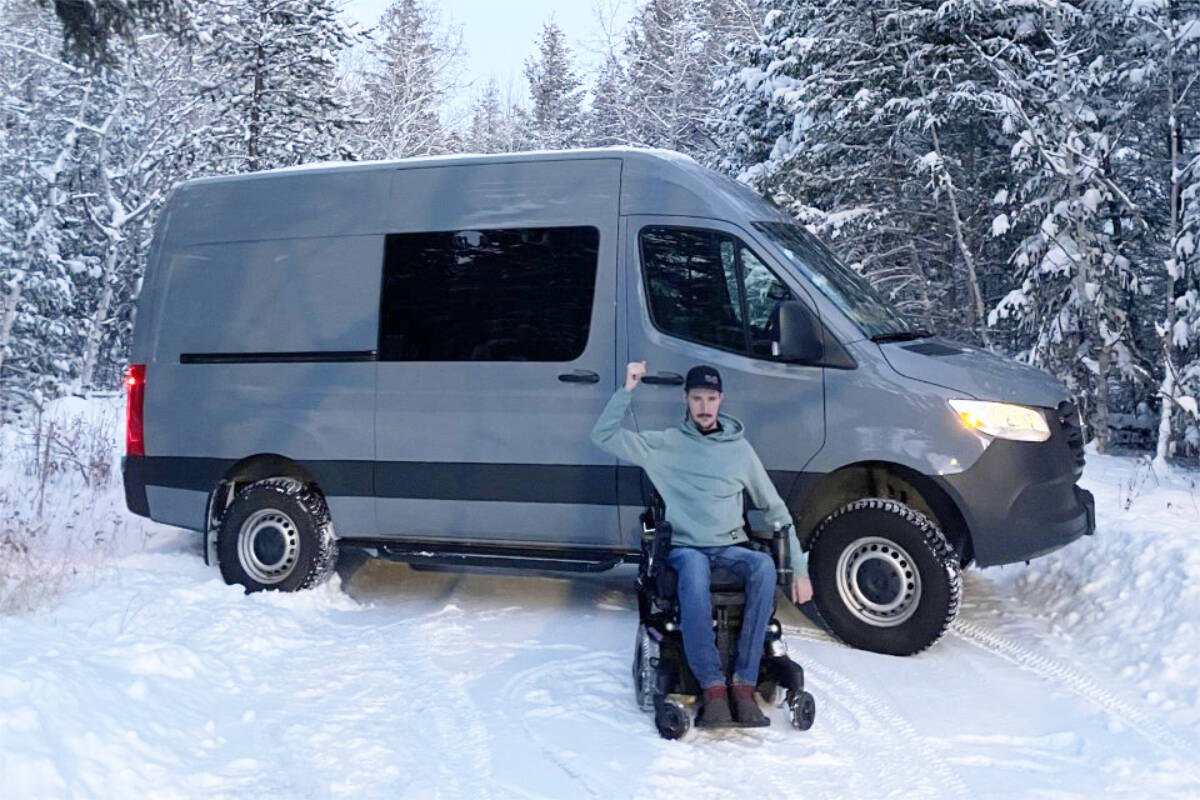 Brayden Methot enjoys his modified van, which he recently attained a licence to drive. (Photo courtesy of Brayden Methot) 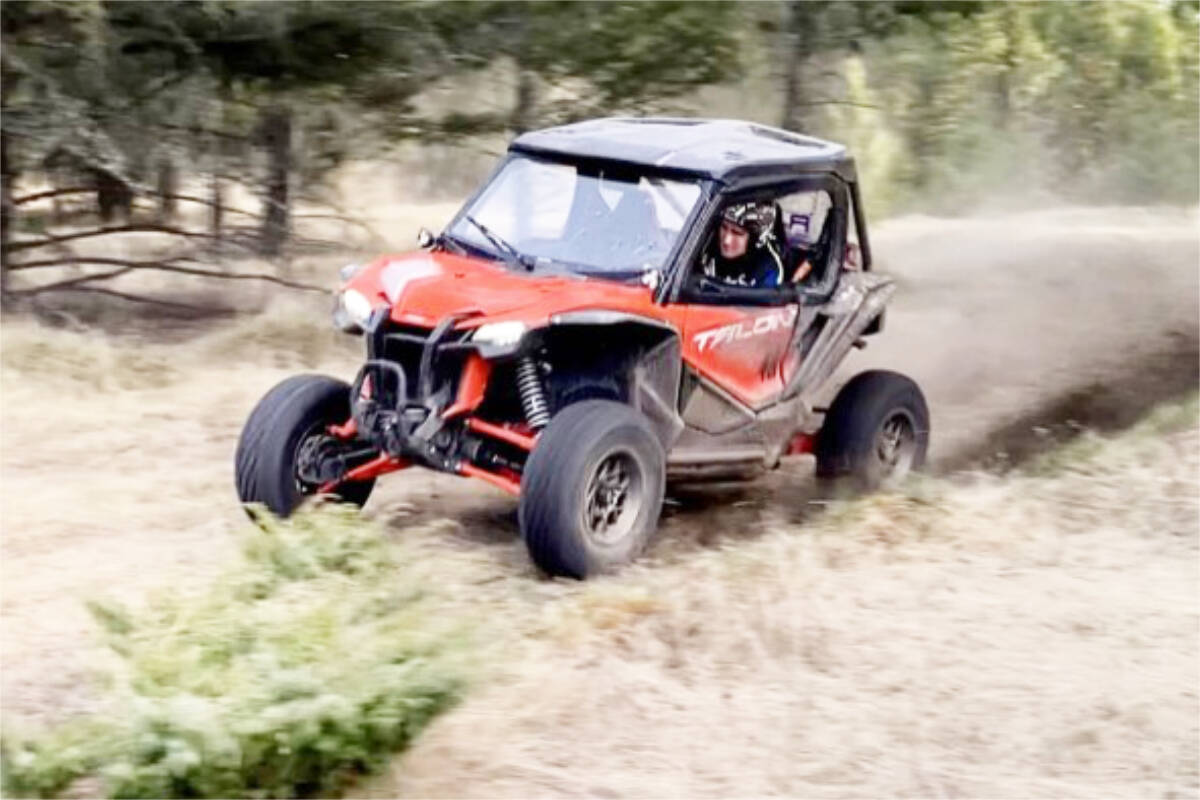 Brayden Methot has been able to keep his driving skills sharp thanks to a modified side-by-side he drives with hand controls. (Photo courtesy of Brayden Methot) 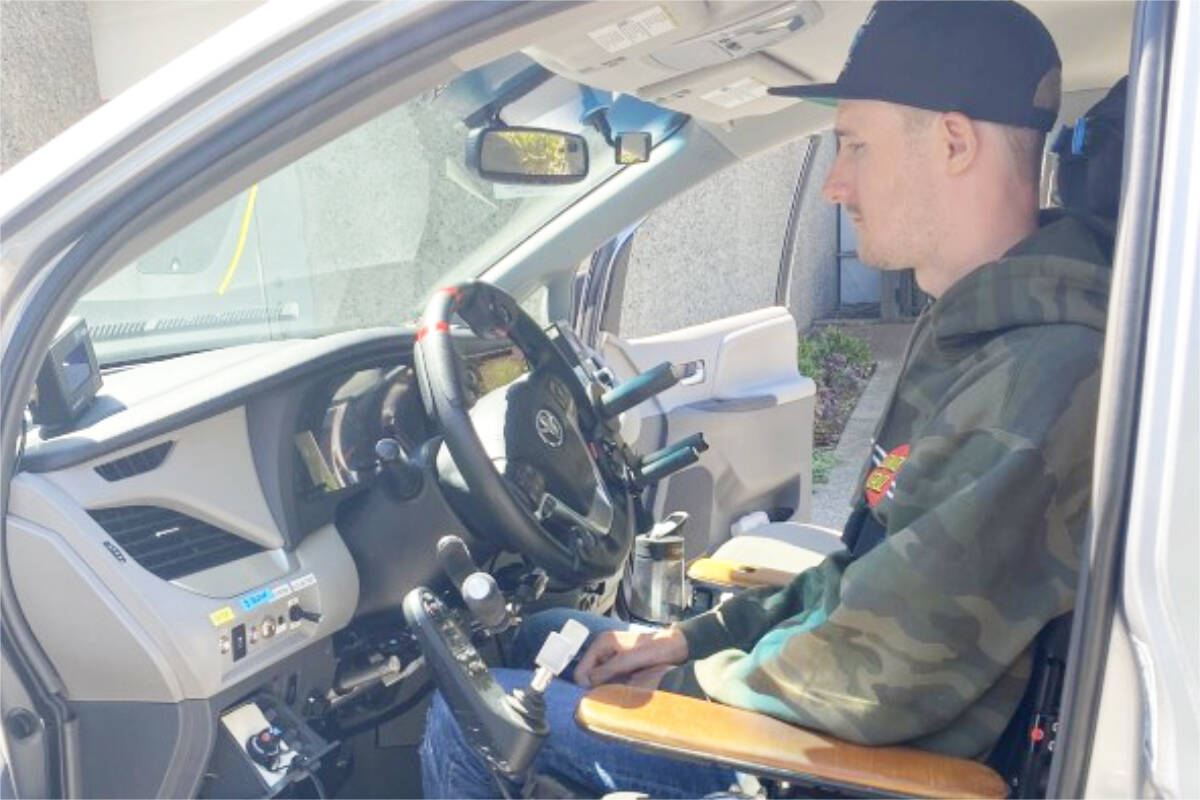 Brayden Methot is now the fully licensed driver of his modified van with hand controls which allow him to drive from his powered chair. (Photo courtesy of Brayden Methot)

Brayden Methot is making history after becoming fully licenced to drive his adapted van, marking the first of its kind in Canada.

The van is unique in that it can be driven from a power chair with hand controls.

Methot requires these adaptations to drive after he received a C4 spinal injury as a passenger in a vehicle collision in 2014. He has been working hard to regain what mobility he can since the crash, including surgeries to shift tendon attachments and he still works out five times a week in a home gym.

The journey to being able to drive again started when he ordered the van in 2018. When it arrived in 2019, he began extensive modifications to make it possible for him to drive it: replacing the floor so he could drive his power chair into the front seat and pulling the steering pump and sending it to California to be modified for hand controls.

Because it was a first for Canada, approvals took some time and it had to be determined exactly which controls he would need to have installed.

Obtaining the licence also required a lot of work, including a “functional drivers test” where after seven years of not driving he had to drive through busy downtown Vancouver in an unfamiliar modified van.

Methot partially credits his success in passing the test to the fact he had been driving his modified side-by-side for the past three years.

The driving test in Vancouver also helped determine which controls he would need to have put in his own van, which were installed by Alliance Mobility in Kelowna.

The wait included a further eight months as he was also required to complete a full road test in Vernon with another wheelchair user. He became officially licenced in November of this year.

“Even though it’s a pain … just keep chipping away at it and keep going for it,” Methot said, when asked what advice he gives others looking to get back on the road.

Next plans for the Williams Lake man includes starting to look for a job.

“That’ll be another huge step.”

Next year, Methot is hoping to be able to dabble in racing his adaptive side-by-side.

With files from Monica Lamb-Yorski.