It’s Oct. 1, which means winter tires are now mandatory across a number of B.C. highways for the next several months.

Winter tires or chains are required on most routes in the province from now until April 30. For select highways not located through mountain passes, tire and chain requirements end March 31.

Drivers without the proper winter tires – which must also be in good condition – can be fined $109.

According to DriveBC, some cities, municipalities and private roads, such as ski hills, may have their own bylaws or rules that may differ from provincial highway regulations. Due to a more temperate winter climate in the Lower Mainland and southeastern Vancouver Island, drivers are not required to use winter tires in many areas along the coast. 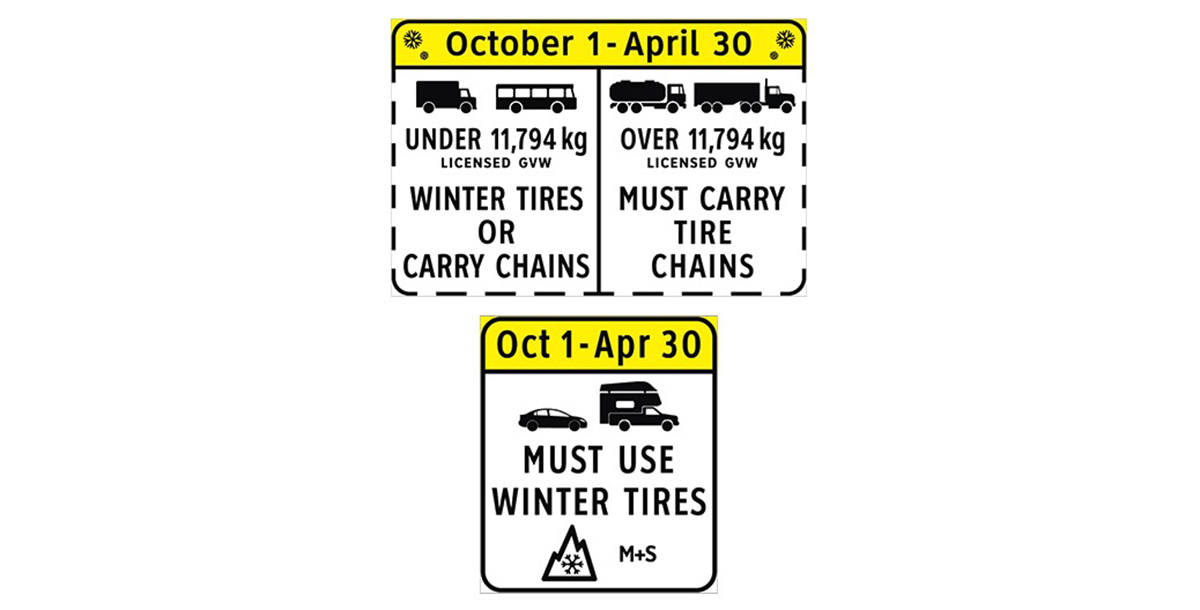 Visit the Government of B.C. website for maps of each highway with mandatory winter tires and chains.