The first calls to the Langley Township fire department were made at around 9:30 p.m. on April 19.

Flames were visible in a condo complex under construction at the busy corner of 208th Street and 80th Avenue in Willoughby.

Soon, they would be visible for miles, as a whole wing of the project, along with a row of townhouses, burned to the ground in a massive, hours-long blaze.

“It is one of, if not, the largest fires our fire department has ever responded to,” Andy Hewitson, assistant chief with the Township of Langley told the Advance Times in the days after the fire.

The condo complex had still been under construction, with no windows and no sprinklers yet installed. That allowed the fire to move quickly, drawing in oxygen, and sending flames shooting high into the sky.

More than 70 firefighters, including additional aid from Langley City, battled the blaze well into the following day, soaking the rubble even after the fire was out.

Firefighters spent their energy defending existing buildings from the fire, and used heavy equipment as well as water.

“An excavator was brought in to cut a fire break between two buildings and remove a large propane tank beside an involved building,” Hewitson said.

Meanwhile, burning embers rained down across nearby neighbourhoods, with some chunks of charred wood and half-melted building materials falling up to a mile to the south, near 72nd Avenue.

Firefighters, RCMP, and residents ran from door to door in the neighbourhoods nearest the fire, telling people to get out as fast as they could.

Residents of townhouses directly to the east of the fire described having to round up kids, grab their pets, and flee.

“We ran across the street, and then Armageddon started,” Paul Breda told the Langley Advance Times the following day, at an emergency centre set up for evacuees at Willoughby Hall.

In the end, no one died in the fire. Nearby townhouses survived without secondary fires starting.

However, the main construction site was reduced to a pile of charred rubble. The cinder block towers of two completed elevator shafts stood out from the piles of burned wood, and pieces of construction equipment, including scissor lifts, had been destroyed. Even the construction site’s portable toilets, which weren’t directly burned, melted from the heat.

The fire also knocked out power to about 6,000 customers in the area.

Willoughby Elementary, across the street, was closed the day after the fire.

The impacts didn’t stop there.

Local streamkeepers were worried about the impacts thousands of litres of chlorinated municipal water, along with fire debris, might have on nearby Yorkson Creek.

The fire also had an impact on how Langley Township deals with potential fires at construction sites. With so many condos and townhouses under construction in Langley, the council voted on a package of measures that includes more education on fire and “hot work” for construction workers, and increased fire inspections of under-construction buildings.

The risk was only underlined when another construction project, a townhouse site less than half a mile away on 80th Avenue near 204th Street, also burned down during the heat wave in June.

At the site, developer RDG Yorkson promised they would rebuild the condos.

It took several months just to clear away the debris and destroyed vehicles, but by September work was underway again. As of the end of the year, the structure was almost back to its full six storeys. 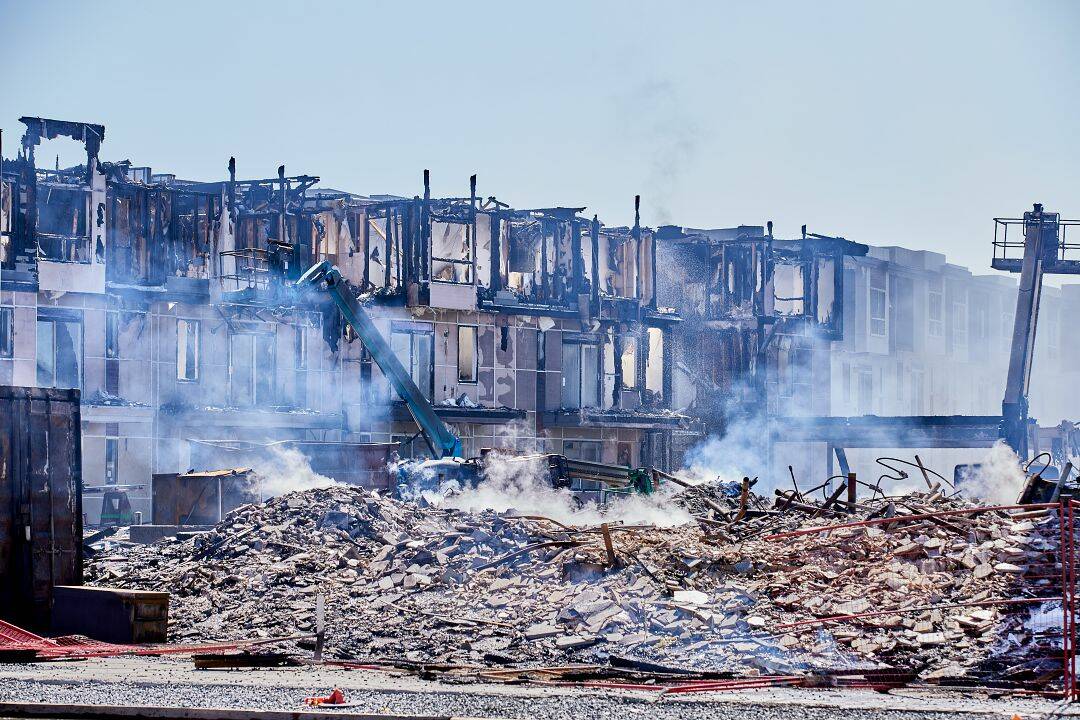 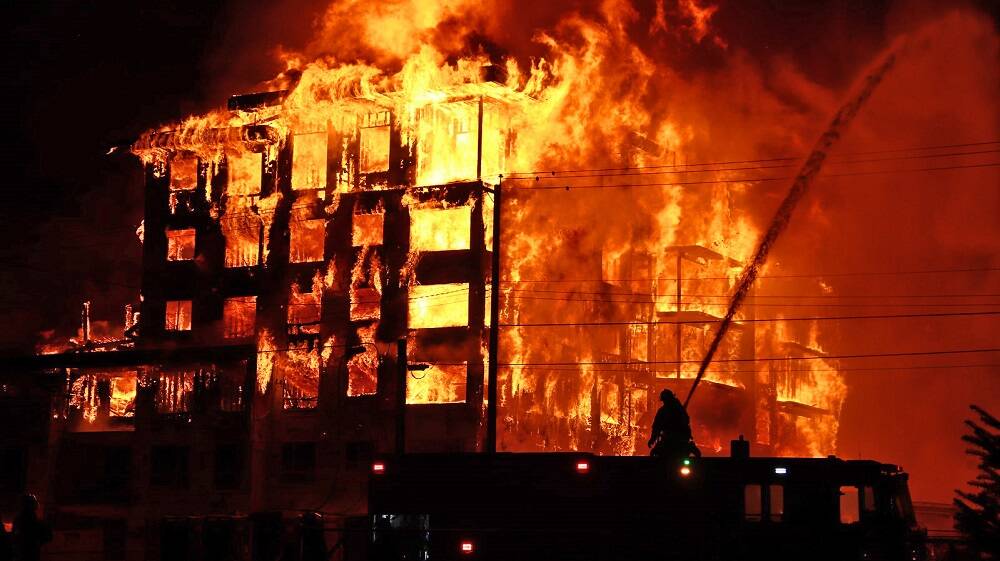 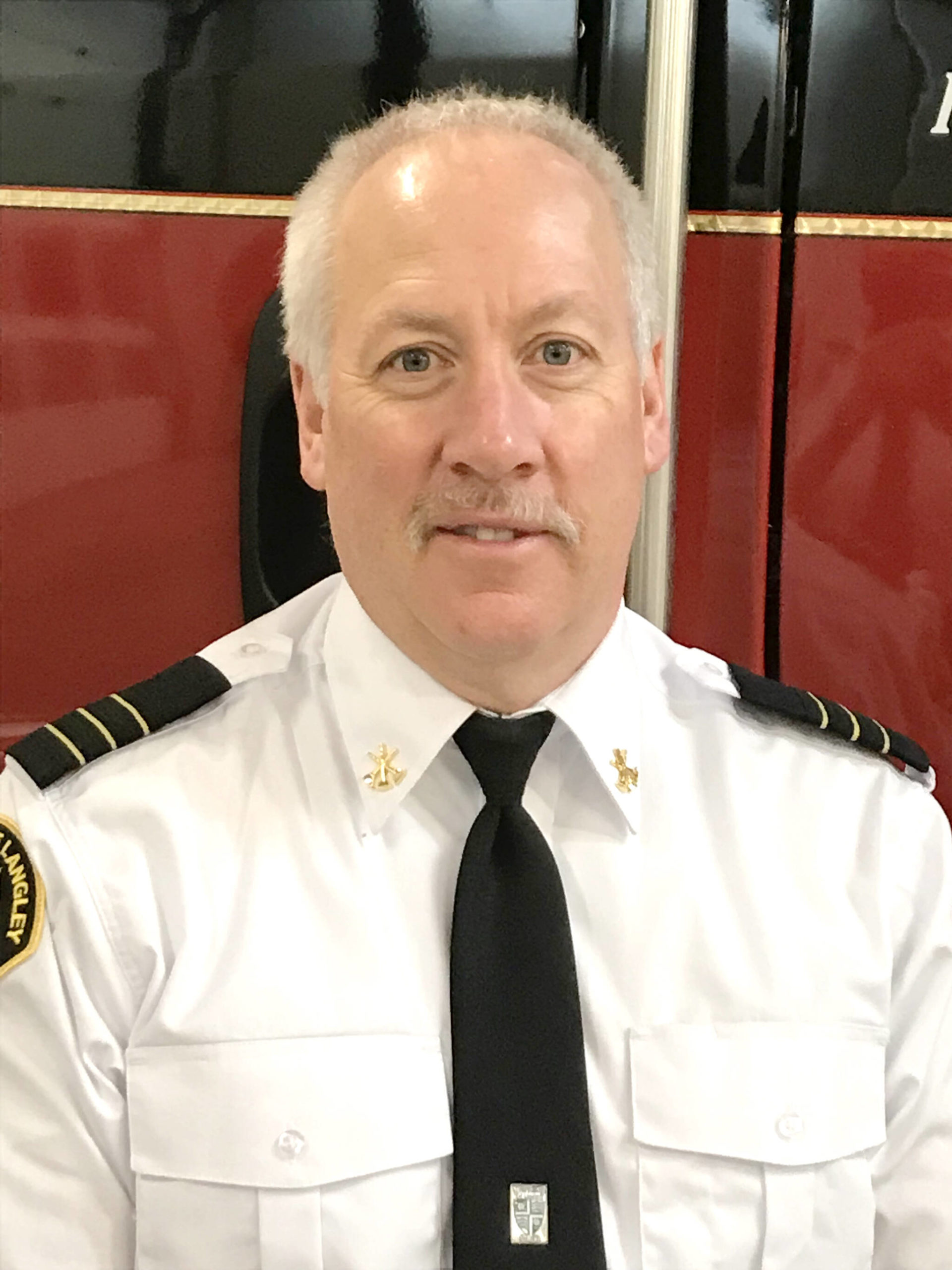