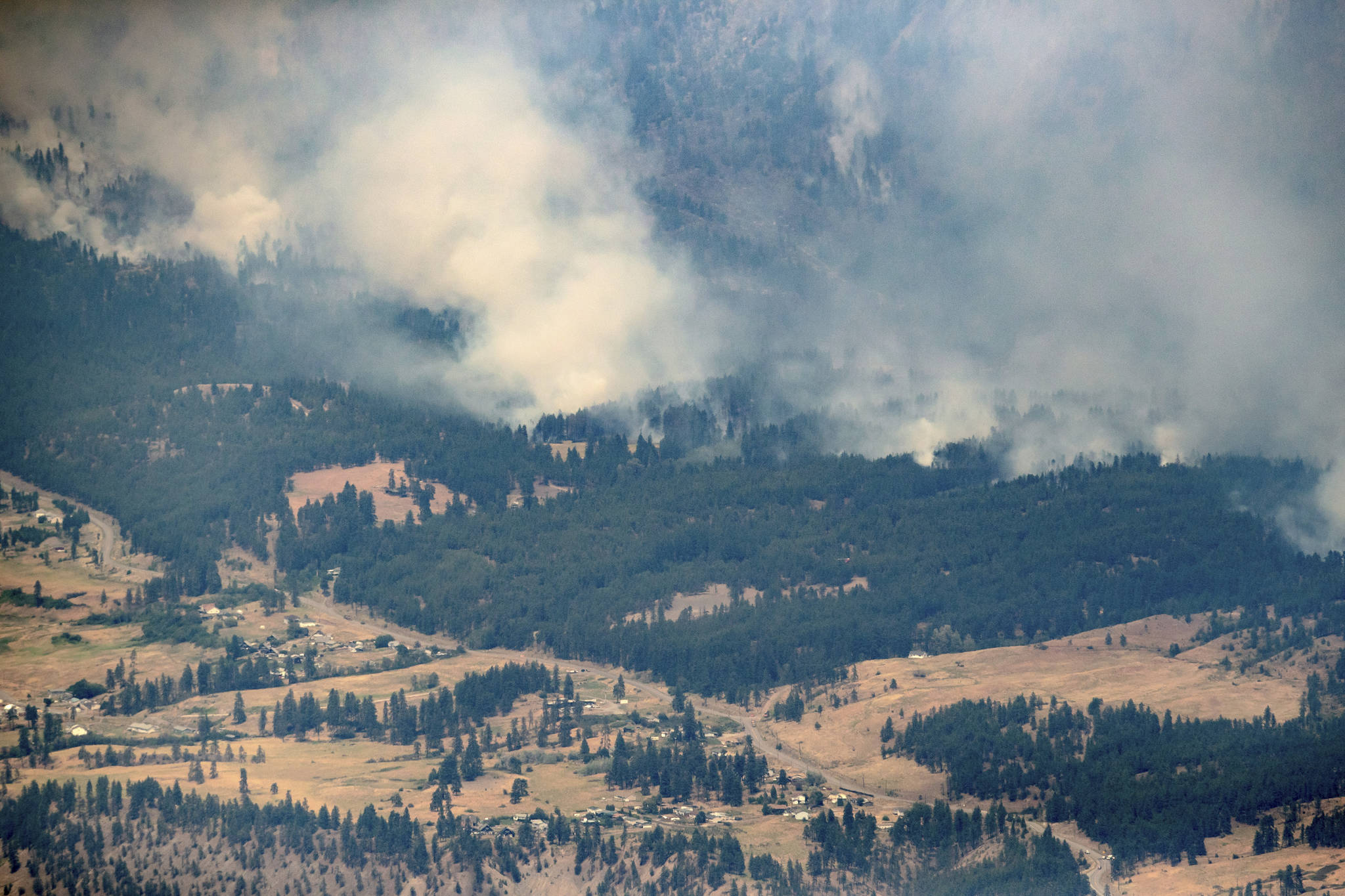 A wildfire burns in the mountains north of Lytton on July 1, 2021, during record high temperatures. (Darryl Dyck/The Canadian Press via AP, File)

I see in this week’s paper that at least three people have written letters to the editor pleading with somebody to do something about the heat and the forest fires. It seems that the authors of these letters are all basing their concerns on the same premise: that humankind is entirely responsible for global warming.

I am partial to another school of thought that basically says that even if we stopped burning fossil fuels tomorrow, the earth would continue doing its thing.

I surmise that the earth is a living organism. And, along with a few trillion other similar organisms, it develops colds and fevers. For example, a couple of millennium ago, when humans weren’t around, it went through a terrible chill and the ice flowed down, as well as up, toward the equator. However, it eventually got over that troublesome spell, even though it took a few million of our years.

Now it’s fever time. The earth is just getting warmed up. We have to do what we can if we want to carry on living on this cell. But the best we can do is to slow the fever down. Yes, by all means, utilize alternative types of energy. Yes, plant more trees. Yes, recycle what you can. Yes, quit throwing stuff in the oceans. But will all of that effort provide us with cooler summers?

Unfortunately, it’s probably too late. If we wanted to have any impact on this warming trend at all, maybe we should have put human progress on hold before the Industrial Revolution.

In other words, we can do what we can but don’t hold your breath. It’s going to be a long hot ride.

Climate changeLetter to the Editor

Witnesses sought after woman injured in park on Langley-Surrey border