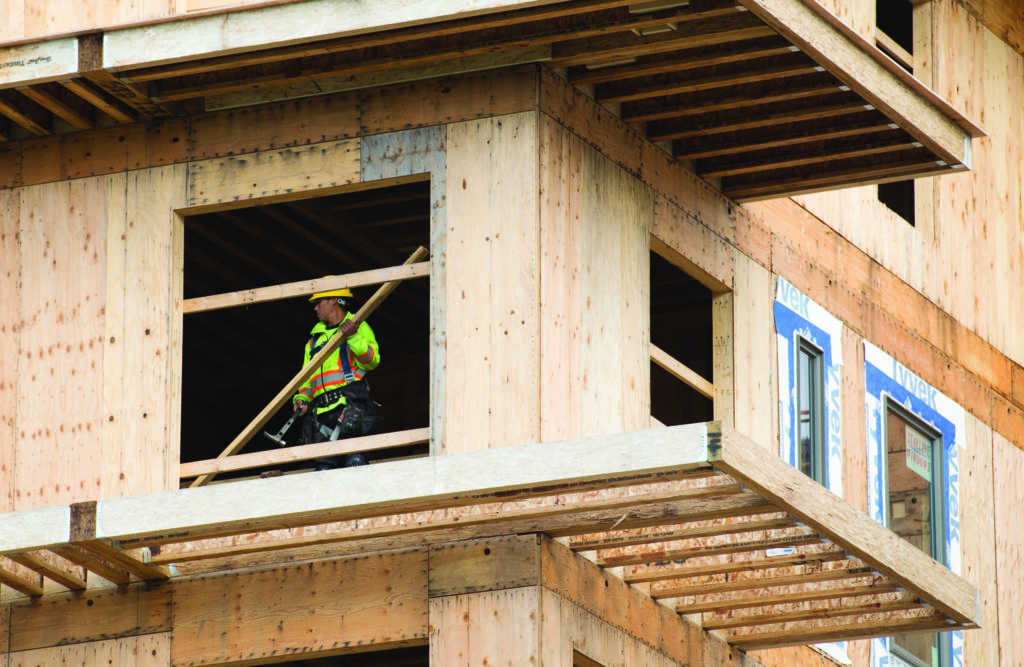 Maybe the first step in creating more and better and cheaper housing in Metro Vancouver is to establish a treaty.

All the local municipalities need to come in and negotiate – Metro Vancouver, Fraser Valley Regional District, Whistler and Squamish, even Greater Victoria.

Then they need to set out a uniform set of rules.

Well, one rule. In urban areas, on residential-zoned land, you can build homes.

Any kind of homes, from single family all the way up to low-rise condos.

I know, I know, some of you immediately grabbed torches and pitchforks.

You might be right to do it. This would be an insane, radical idea.

It would tear out the roots of the existing system and kill it dead. It would upend decades of urban planning. It would run roughshod over the opinions of literally hundreds of thousands of homeowners.

Of course, the existing system, all that planning work, and the wishes of existing homeowners have created the second-most-expensive place to live in the world, after only Hong Kong, not to mention aided in an unprecedented increase in homelessness.

So maybe the whole thing deserves to die.

There are a number of ways we can drive down the price of housing.

One is to massively increase supply. The developers are always asking for us to slash red tape so they can build more, cheaper, better homes! And we all know that the thing that drives up the price of homes, more than anything else, is land.

There’s actually lots of land, it’s just that most of the good stuff already has houses on it, and when we create new neighbourhoods… well, it’s not fun for anyone.

Local councils go through an exhaustive planning process that sets out in excruciating detail exactly what land use densities are appropriate, in some cases block by block.

This is meant to make local residents and landowners happy about the change coming to their neighbourhoods.

(It has never succeeded in this goal even once in all of recorded history. People fight tooth and nail and take grudges to their graves.)

So do away with that.

One standard. In urban areas – which means anywhere from downtown Vancouver to Walnut Grove and Brookswood – housing is housing. You want to build a duplex? Fine. You want to build townhouses? Also fine. Condos? Let’s say up to six storeys, sure.

Yes, it will anger people. (Oh, the rage! I kind of want to see this happen just to see how many shades of purple there are in the faces of furious NIMBYs.)

It will anger them even more if it works. Because the key idea is to finally, at long last, make housing affordable by crashing the price of urban residential land in British Columbia.

Land for development is scarce; what’s scarce is expensive.

If we ensure that literally any urban property can be redeveloped into denser housing… well, it makes assembling a bit of land much easier.

I don’t think unfettered capitalism alone will save us here. Crashing the price of land means provincial and local governments can build more low-income housing, more seniors housing, and support the creation of more co-ops and co-housing options.

Well, a whole lot of people who bought in the last five to 10 years would suddenly be underwater on their mortgages. There would need to be some kind of government support for people in danger of losing their homes because they were overextended.

And people who had borrowed liberally against the value of homes they bought decades ago might not be happy, nor those who contemplated a luxurious retirement by selling for $2.5 million a house they bought for $150,000.

But the upside? Generations given the opportunity to buy or rent cheaply. Money available to spend, to save, to invest, for several generations that have faced pouring almost everything they earn into the cost of housing. A potential end to homelessness. Greater density not in pockets but spread more equitably throughout Metro Vancouver.

I don’t expect this to ever happen, although systems much like it do exist. (Tokyo’s extremely relaxed zoning regulations are one of the reasons it’s less expensive to buy a condo there than in Vancouver.) Where there’s money, there’s power, and money in Metro Vancouver flows from real estate. Turning everything upside down would hurt too many rich people.

Why would we do that, just to benefit the poor, the young, and future generations?

Person is ‘self-isolating at home’

One man shot dead on Vancouver Island in ‘targeted incident’