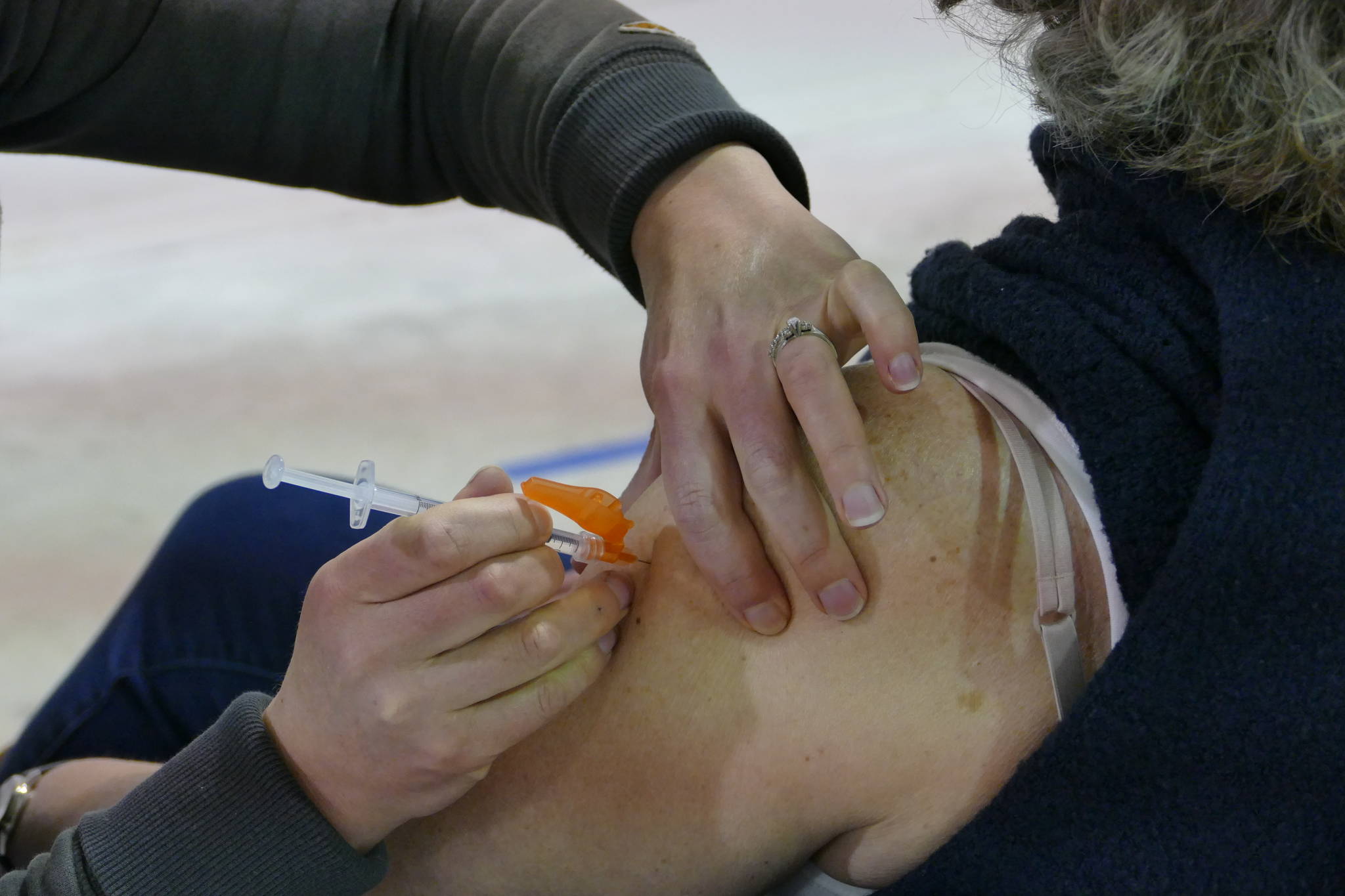 Getting your shot helps others, and that’s the message that will get more people to vaccinate. (Priyanka Ketkar photo/Lakes District News)

The other day, I saw what might have been the thousandth think piece about what to do about the “vaccine hesitant,” whether those who are just leery of shots or the hard core anti-vaxxers who think Bill Gates is going to take over their brains with a dose of Pfizer, somehow.

Here’s my take: who cares what they think?

Why are we spending so much energy and time trying to understand people who are reluctant or refuse to do the right thing? Why don’t we take the opposite tack?

You’ve definitely heard the term “anti-social” plenty of times in your life, but it does have an opposite, the much-less-commonly-used term pro-social.

Pro-social people exhibit a huge range of behaviours that indicate they care about others. That’s everything from the little things, like taking their cart back to the station at the grocery store instead of just leaving it in a parking spot, to being honest on their tax returns, all the way up to volunteering for good causes.

You can’t really say that people are evenly divided into pro-social and anti-social camps. There are people who give to charity and cheat on their taxes, sure. And even the most pro-social people might have an off day. (“Ugh, the kids are screaming, it’s pelting down rain, I’m exhausted, I am not going to drag this cart back across half the parking lot!”)

READ MORE: Painful Truth – Canada’s immigration hopes may not be enough in a post-COVID world

Pro-social people are more likely to be driven by empathy. They can put themselves in someone else’s shoes. They put a couple of bucks in the charity jar because they really care about veterans or hungry kids or shelter dogs. They volunteer at soup kitchens because everyone deserves a hot meal. They drag that dang cart back across the lot because that’s the social contract – you clean up after yourself.

Here’s the big secret about pro-social folks – we’re in the majority. By a lot. You think anything would function for five minutes if the majority of people didn’t care about anyone but themselves?

Getting a shot is a pro-social activity. It gives you protection, sure, but for the vast majority of people, the reason is to protect others – our elder family members, seniors in general, people with compromised immune systems, the random stranger who could be struck down and die because sometimes COVID just kills even the young and healthy.

So as we vaccinate more and more people, let’s concentrate on getting out the message that getting the shot is the right thing to do. It’s a badge of honour. Sure, it benefits the people getting vaccinated. But more than that, you’re doing it for your family, your neighbours, your community, your country. There’s a lot of bad info out there, but the truth is, getting vaccinated is helping others.

WEB POLL: Do you worry about being in the line of fire in the Lower Mainland gang war?

Our View: Plan for future of Langley hospitals now