A few weeks ago, the vacant lot across the street from me had all its trees knocked down.

This is no surprise. I live in Willoughby, along with nearly a third of all other Langley Township residents (yes, there are that many of us). I often say that, as a reporter covering Township council, I cannot complain about development taking place near my home. I knew it was coming, I’ve known it was coming for years before I moved in.

I will miss the trees. They provided shade and habitat for birds and squirrels, field mice and hawks and rabbits, and most likely raccoons and coyotes frequented the area.

The loss of trees to development in Willoughby is often decried by people living in Brookswood, and sometimes in Walnut Grove.

Of course, they have an advantage over Willoughby – they were developed decades ago.

Consider the view from the sidewalk on the 208th Street overpass, looking north.

Today if you stand there, you will see rooftops of houses and townhomes peeking out amid the deciduous foliage. More distantly, there are tall stands of Douglas fir and cedar in the ravines. Clearly, Walnut Grove was developed with more care than Willoughby.

I stood on the overpass 20 years ago, when it was brand new. The area north of the overpass was coloured in beige, taupe, and salmon, the colours of the vinyl and stucco siding applied to pretty much every house built in the 1990s.

There were trees, but they were spindly little things, saplings and street trees that seldom stood higher than an adult. Replacement trees.

Walnut Grove was largely levelled for development, because that’s how development works on any lot smaller than a quarter acre. It has trees now because Walnut Grove was built between the early 1980s and the late 1990s. It’s been 20 to 35 years since most development wrapped up – guess how old most of the trees are?

It’s even the same story in Brookswood, famous for its trees. Aerial photos from the early 1970s show patches of forested land intermixed with new homes – which sit on lots that are either entirely bare, or have one or two lonely trees left.

Go back even further in Langley history – go for a walk in Campbell Valley, or Williams Park, or on the trails near Langley City’s Buckley Park. You can find the massive stumps of old-growth cedars, complete with the notches where boards were hammered into the trunks – men stood on those boards to operate huge hand saws, felling those trees a century or more ago.

Between about 1880 and 1920, pretty much all of what is now Metro Vancouver was flattened by logging. Photos from shortly after that time often appear apocalyptic – farm houses and barns sit in the midst of endless fields that stretch off to a distant line of trees where the saws haven’t yet reached.

The truth is, unless you live on a houseboat, trees were cut down to create your neighbourhood. A lot of them.

Even as trees come back in areas like Walnut Grove and Brookswood, we know there won’t be as many of them as there were before the loggers and homesteaders and, finally, suburban builders arrived.

The way Langley is growing now is a trade off, and it can be an ugly one.

We’re building denser housing. That means fewer places among the townhouses and condos and small lots of Willoughby for future trees. The core areas of Willoughby will never resemble Brookswood, where quarter-acre lots allowed a suburban forest to partially re-grow after development.

On the other hand, if we don’t choose greater density, we spill out farther into sprawl. Willoughby has far fewer miles of impermeable road and sidewalk per person than Brookswood. It has more opportunities for future transit, for fewer cars, for walking or biking to nearby destinations. It is less green in terms of trees, but it is greener in many other ways that matter. Through its density, it spares land and tree elsewhere – an invisible victory.

I want a denser, walkable Langley that helps fight suburban sprawl. I also would love to live somewhere with more trees – if you’d like to send me about a million dollars, I’ll move to a property in Brookswood myself.

How do we reconcile the way we develop land with the need for greater density?

I know I would like our leaders to start taking that question more seriously. Ideas around green roofs and walls, around density bonuses to save stands of trees, around pocket parks and passive parks, have been batted around the council with increasing frequency. Some are included in the new Brookswood OCP. Some are encouraged, but not mandatory.

It took years for the Township to pass a tree protection bylaw. It took months to declare a climate emergency.

Maybe, in a little less time, we could create a plan to encourage tree planting, in neighbourhoods old and new. To encourage parks and preserve stands of trees even on lots undergoing development.

It wouldn’t be free, but what investment is? Making Langley greener – literally and figuratively – would soak up a lot of carbon from the atmosphere, and give Langley shade, habitat, and beauty for generations to come. 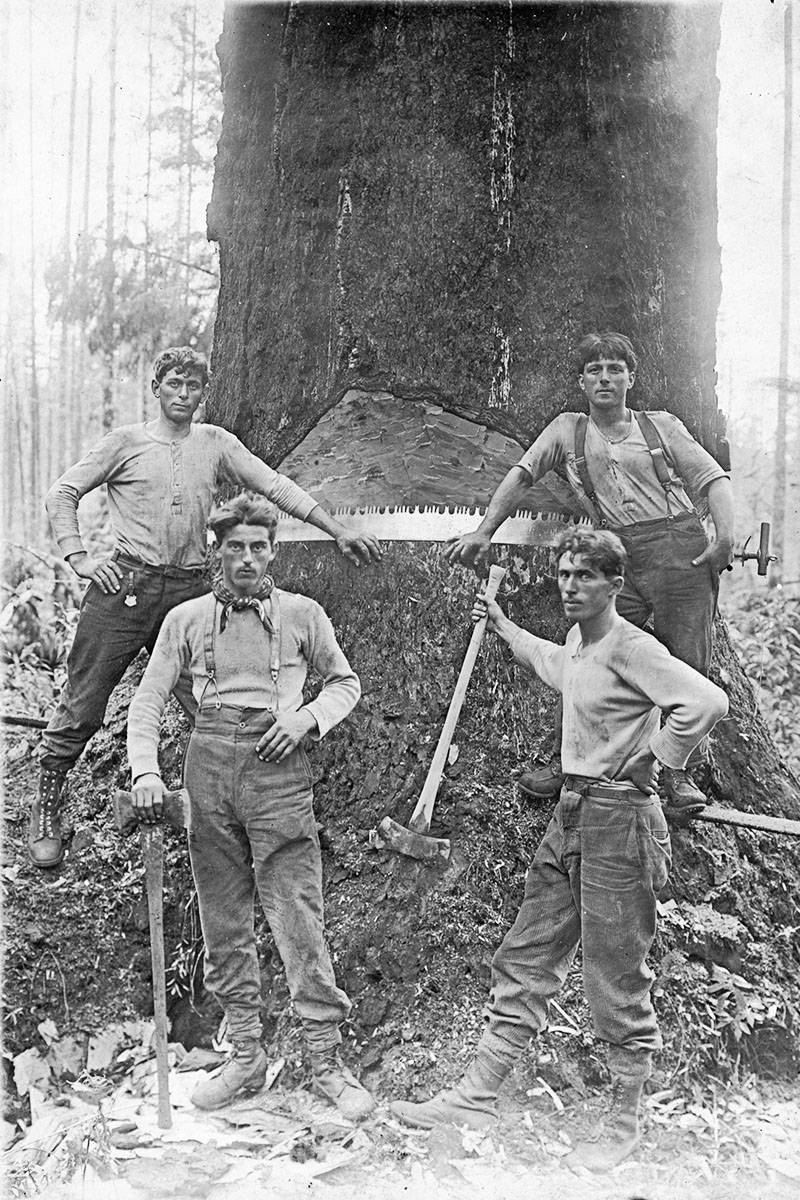