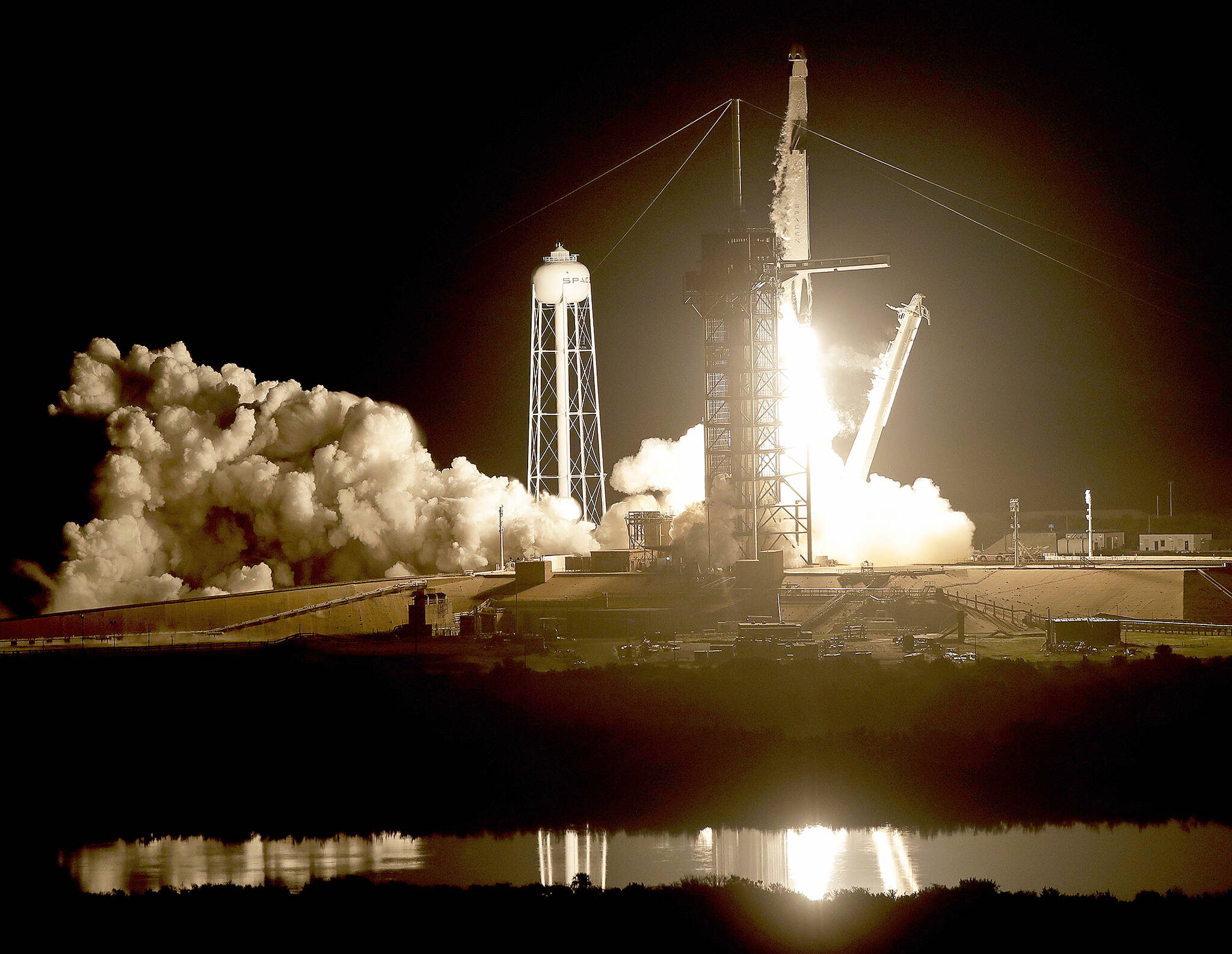 A SpaceX Falcon 9 rocket with a demo Crew Dragon spacecraft on an uncrewed test flight to the International Space Station lifts off from pad 39A at the Kennedy Space Center in Cape Canaveral, Fla., Saturday, March 2, 2019. (AP Photo/John Raoux)

I’ve recently been watching For All Mankind, the streaming TV show about an alternate universe version of the space race.

In the world of the show, history is knocked askew when the Russians managed to get to the moon first. Instead of slinking off as second-place finishers after 1969, as in our world, they keep competing with the United States, with both sides building crude moon bases and trying to claim both bragging rights and physical resources on the lunar surface.

It’s an interesting watch, now that we’re in the middle of the second space race.

On the one hand, we’ve got Tesla impressario in chief Elon Musk’s SpaceX, which has been putting actual live humans into orbit for the last couple of years.

On the other hand, you’ve got the other richest man on the planet, former Amazon CEO Jeff Bezos, who sent up the first crewed suborbital flight with one of his Blue Origin spacecraft earlier this year.

It’s a strange contrast to the race in the 1960s, when it was battling Cold War superpowers.

Back then, national pride was at stake. The battle was a clash between Soviet Marxist-Leninism versus the capitalist West (embodied, of course, by the vast bureaucracy of NASA), it was potentially the domination of the world.

Now what’s at stake? The egos of extremely rich tech entrepreneurs? Or is there more than that?

Unlike in the last space race, Musk and Bezos are as alike as two peas in a pod. Both spring from the hothouse environment of Silicon Valley, Musk with his drive to build electric vehicles, Bezos with his all-devouring digital shopping mall.

But they also have similar ideologies beyond mere capitalism.

Bezos has talked openly of essentially evacuating heavy industry from the Earth, preserving the planet’s biosphere. Musk has similar long-term goals, aiming to populate Mars and eventually other parts of the solar system as a kind of lifeboat for the human species.

These are pretty lofty goals for guys who got rich selling books and fancy electric sports cars.

Their dreams, which are based in science fiction as much as practical realities, may founder. But what interests me is how technologies that had gone stagnant in the absence of a nation-to-nation rivalry have been revived.

You can’t deny that, if you’re excited about space travel, this is the best time to be alive since Neil Armstrong was going for a stroll in a space suit.

No one has walked on the moon in my lifetime. But it looks like, within a few years, that will change. Call it ego, call it hubris, the new space race is driving innovation, and innovation tends to have spinoffs that are actually useful for those of us who are still here with our feet planted firmly on the ground.

One of the premises of For All Mankind is that the accelerated space race kicks technological development into higher gear.

Here’s hoping the battle of the billionaires does the same thing for us in Space Race 2.0.