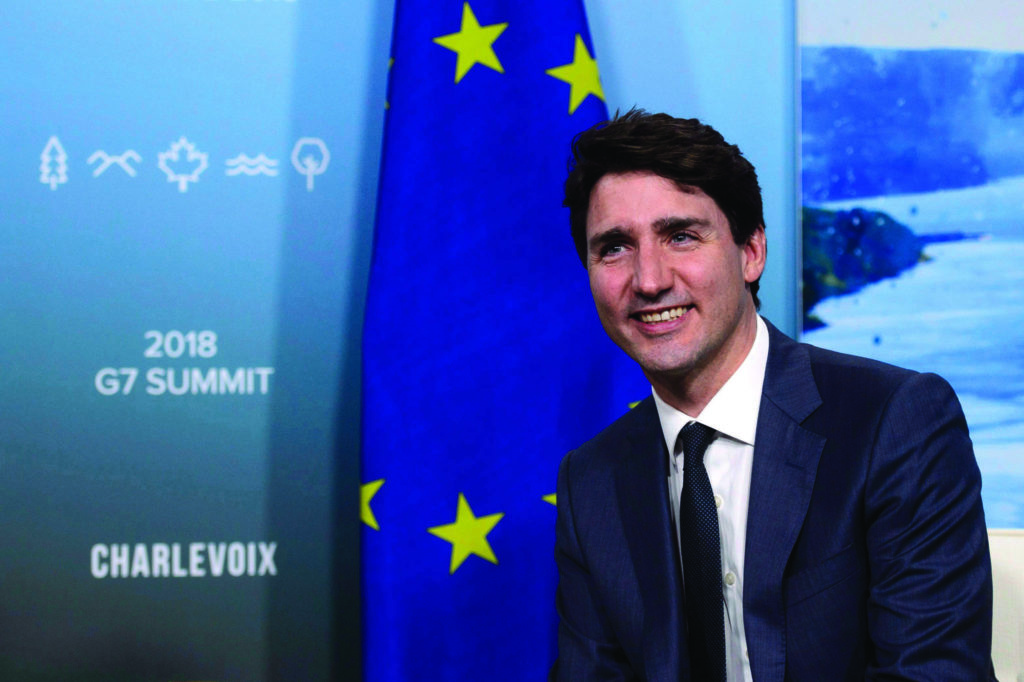 Don’t expect this column to be a full-throated defense of the idea of joining the EU. I’m really asking the question, hoping there are folks out there with more knowledge of the ins and outs of trade and treaties who would know whether it would be a good deal for Canada or not.

But I raise it because our other options don’t look that great.

To the south of us, the most powerful nation in the world is in the midst of a decades-long slow motion crash.

Donald Trump isn’t the agent of that collapse, though he isn’t helping. The U.S. has multiple, serious structural problems with its democracy (gerrymandering, insane levels of partisan polarization) its government (total congressional gridlock) and its response to nearly every major crisis of the past decade.

Trump became president because of America’s problems. He’s a symptom and a cause of further ills.

So if that’s our most important trading partner, what about our second-most?

Well, China is still holding two Canadians as political hostages after we arrested Meng Wanzhou, senior executive and daughter of the founder of Huawei. An arrest we did at the bidding of the Americans. (Being trapped between doing the right thing and political expediency is fun! Also, not knowing which is which is fun!)

So on the one side we have an unstable superpower with a tendency to elect narcissists, and on the other a totalitarian state that grabs our citizens when we do anything they don’t like.

Which is why I keep wondering about a third option.

“European” is a loose term for the European Union.

After all, France has territory in South America, and the islands of St. Pierre and Miquelon are technically part of North America. Turkey, long considered for membership, only has a tiny sliver of land inside the continent itself.

So, would the EU accept a country on another continent entirely?

I hope so. The EU feels like it has countries that align more with Canada’s interests and style of politics right now than anywhere else in the world.

Neither the nations of the EU nor Canada are perfect. Some countries there had better or worse responses to the pandemic, some of our responses were good, some bad. The EU imposes a lot of bureaucracy and rules that we would have to adjust to, or negotiate over. And the question of keeping the Canadian dollar or switching to the Euro would be tough.

But for the most part, Canada is already pretty European. We have universal healthcare, a mostly-functional political system, and good human rights legislation.

Becoming part of a club of other like-minded nations, rather than deepening our ties to an increasingly dysfunctional America, seems like a possible idea.

We’ll always be a partner of America, and so far as nations can be, we’ll be friends.

But the thing about friends? It’s nice to have more than one to lean on when times are tough.

Our species to save: Use this time to learn more about Canada’s endangered animals

LETTER: Langley City not cutting taxes, but rather rolling back increase