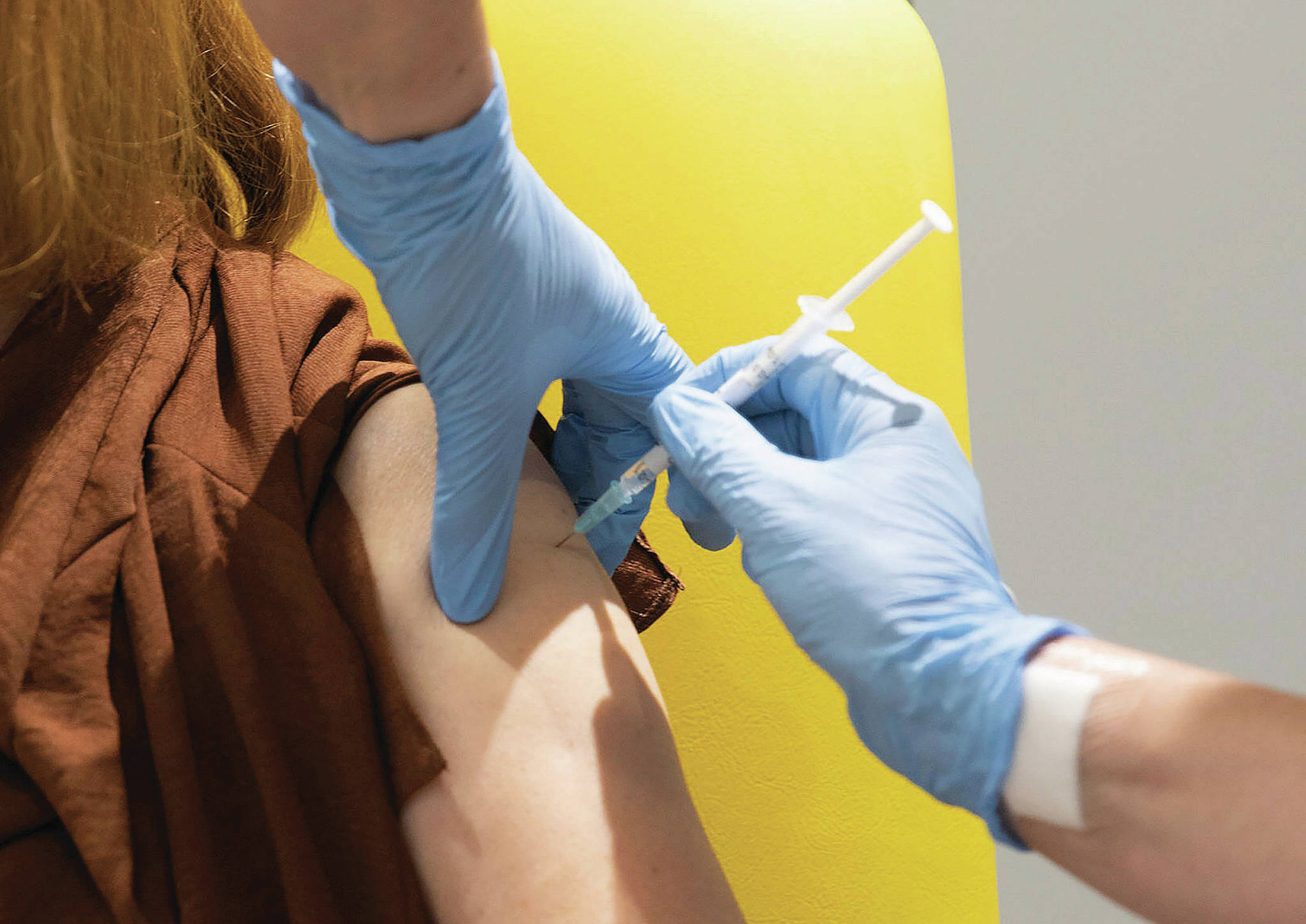 In this undated photo issued by the University of Oxford, a volunteer is administered the coronavirus vaccine developed by AstraZeneca and Oxford University, in Oxford, England. Pharmaceutical company AstraZeneca said Monday Nov. 23, 2020, that late-stage trials showed its coronavirus vaccine was up to 90% effective, giving public health officials hope they may soon have access to a vaccine that is cheaper and easier to distribute than some of its rivals. (University of Oxford/John Cairns via AP)

Vaccines are on the way!

As early as next week, we could see the first doses of vaccines being distributed to our most vulnerable citizens, seniors in long-term care facilities, along with some frontline senior care workers.

Great. Wonderful. A triumph of science and logistics.

Now that triumph has to reckon with human stubbornness and willful stupidity.

Yes, we’re going to have to work around vaccine denialists, who could do serious damage to our efforts to reach herd immunity.

So who are the denialists? Not who you might think.

A 2016 study by UBC researchers, published in the journal Vaccine Reports, looked at rates across the Vancouver Coastal Health Authority.

Richmond provided the baseline in the study – more than 90 per cent of kindergartners in that city were fully up to date on their vaccinations.

That’s great! More than 90 per cent means there’s good herd immunity to disease like measles, which in a small number of cases can prove fatal or cause life-long health impacts. Most of Vancouver was less than 10 per cent off from that rate.

Now, between Richmond and the North Shore, which area would you expect to have the worst vaccination rates?

The Downtown Eastside? Higher poverty rates, likely more parents with drug or alcohol problems, or who are simply working two or three jobs and might not have secured a family doctor or pediatrician?

Nope, the awful starts on the North Shore.

The North Vancouver area was 20 per cent lower than Richmond’s rate.

West Vancouver and Bowen Island? A full 30 per cent lower.

So the study found the low income areas had somewhat lower vaccination rates, but higher income areas were the worst.

A study in the Journal of Health Economics found essentially the same thing, a curve with lower vaccination rates for poor people, the highest for those in the middle, and then dropping again for higher income families. The study looked at 70 countries around the world.

There seems to be a point when well-off people, insulated from so many of the shocks in the world, begin to think that they know better than doctors, epidemiologists, and health authorities. Vaccination becomes less important than “wellness,” a product that is targeted at wealthy people who have a great deal of disposable income.

The well-off care for their kids. They care about their health. But bizarrely, we need to convince them, more than any other group, that caring means getting them, and their kids, vaccinated against COVID-19.

We need to protect all our citizens – and that means convincing all of them to take the health of everyone as seriously as they take their own alleged wellness.