Langley siblings Sawyer and Savannah Miles both won bronze medals in curling for their respective age groups at the B.C. Winter Games.

Savannah, along with Langley’s Amy Wheatcroft , was on the girls bronze medal winning curling team.

She was with a friend, who also received a bursary, when the announcement was made.

“I was very excited,” she recalled.

“We held hands, we jumped up and down.”

Already a swimming coach in Cloverdale, the 15-year-old Savannah plans to use her bursary to upgrade her skills.

“I’m going to put it toward my lifeguard training,” she explained.

Savannah hopes to work at Al Anderson Pool in Langley City, where she already volunteers.

“We were up by lots and we got four or five in the last end,” he recalled.

Under Games rules, the 13-year-old Sawyer, who played as a U14 curler, has a shot at returning as a U16 in two years.

He’s already spoke to some friends about putting together a team.

READ MORE: HIGHLIGHTS: Day one and two at the 2020 BC Winter Games

Among the many Langley medalists, Langley gymnast Aiden Gonzalez stood out,, with two gold and two silver medals.

He could have gone to the Games two years ago, but his coach and family decided it would be better to wait, to give him a chance to get bigger and stronger, and used to the idea of travelling.

“You can only attend one (Games), so you have to make the best of it,” said Kris Krunick, men’s competitive head coach at the Langley Gymnastics Foundation.

Games rules state that “each athlete may only attend one BC Games in the same sport, unless otherwise specified in the technical package for the sport.”

Gonzalez, 12, had a very good Games, taking all-around gold in the male L3 category, as well as silver in high bars, gold in parallel bars, and silver on pommel horse.

He was also a member of the Fraser Valley team that took male L3 gold, along with fellow Langley gymnast Parker Thomlinson and Abbotsford’s Jonathan Ko and Hayden Isfeld.

In more than four years of competing, it wasn’t his first haul of medals, but it was the largest meet he’s been to. “It was fun,” he said.

He said he was confident going into the high bars, because he usually does well – “in the top three.”

Ultimately, he would like to compete at the Olympics.

His coach thinks Gonzalez has a “good future” that could include the Olympics.

“He’s a really talented gymnast.” Gonzalez’s next big meet will be the 2023 Canada Games.

Kayla Halliday, a former gold medal winner who is no stranger to the podium, took bronze in figure skating in pre-novice women.

More than 1,000 athletes competed in 15 sports at venues throughout Fort St. John and the North Peace Regional District last weekend.

“Congratulations to everyone who participated in the 2020 B.C. Winter Games” said Lisa Beare, minister of tourism, arts and culture.

“Your achievements and spirit have inspired so many of us across the province.”

Participants left the B.C. Games with new friendships, “with successes, and with a new a determination to chase a dream that is truly within their grasp,” said Alison Noble, president and CEO of the BC Games Society.

Full results and photos can be found at www.bcgames.org. 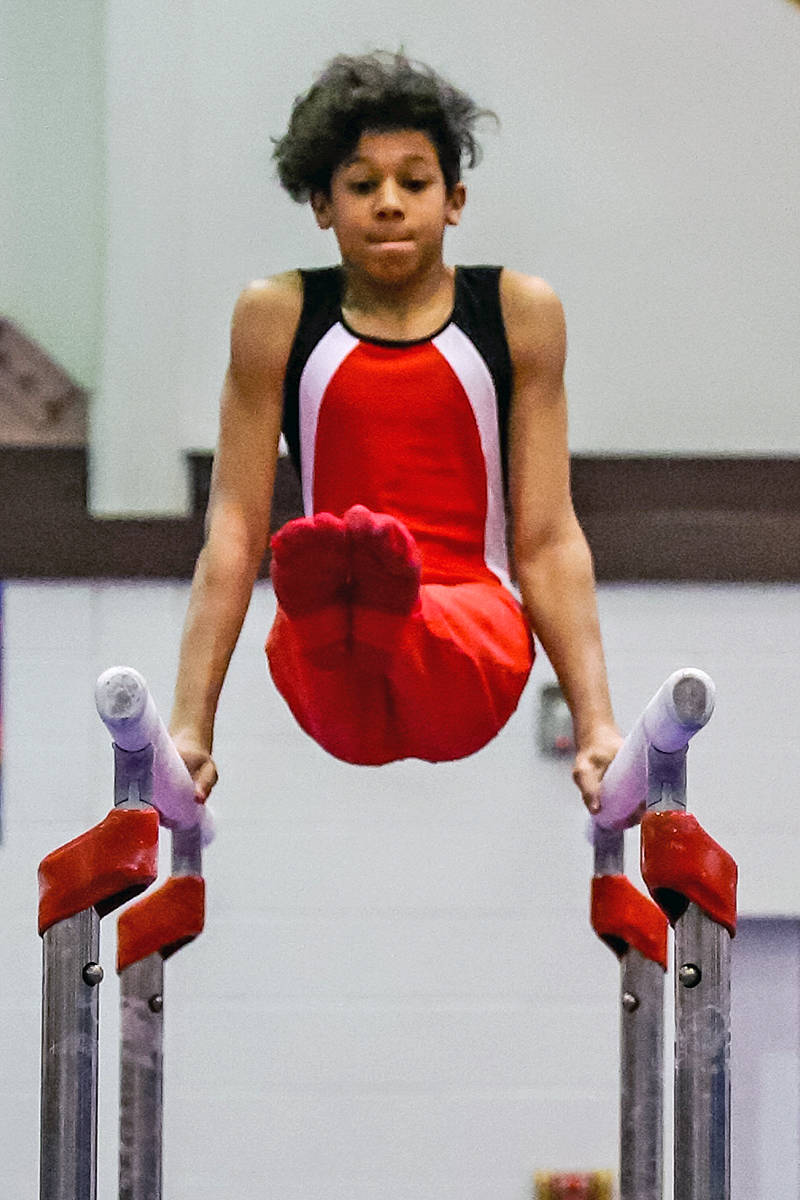