In a goaltending duel at the Sandman Centre on Friday night, the Giants and Blazers played just over 55 minutes of shutout hockey, but the Blazers ended the night with three on the board.

Giants netminder Jesper Vikman and Blazers counterpart Dylan Ernst kept it scoreless for three periods, until late in the third, when Logan Stankoven opened the scoring for Kamloops with less than five minutes remaining in the game. It was his 16th of the season.

Just 55 seconds later, Blazers capitalized on a power play as Connor Levis doubled the lead for the home team.

Then, Matthew Seminoff iced the game with an empty netter at 18:21 of the third period.

Dylan Ernst stopped 38 shots for his first shutout of the season in the 3-0 win, while Vikman blocked 42 of 44 shots.

Ernst and Stankoven were named first and second stars of the game, while Vikman was named third.

It marked a milestone for Giants centre Kyren Gronick, who played in his 100th WHL Game.

Giants will get a second chance against the Blazers at the Langley Events Centre tonight (Saturday, Dec. 3) at 7 p.m.

JR FM will be collecting donations for Basics for Babies at the game. Items needed include diapers, diaper cream, baby food, formula, baby cereal, baby shampoo, and baby wipes. Donations will be collected at the top of Gate 2. 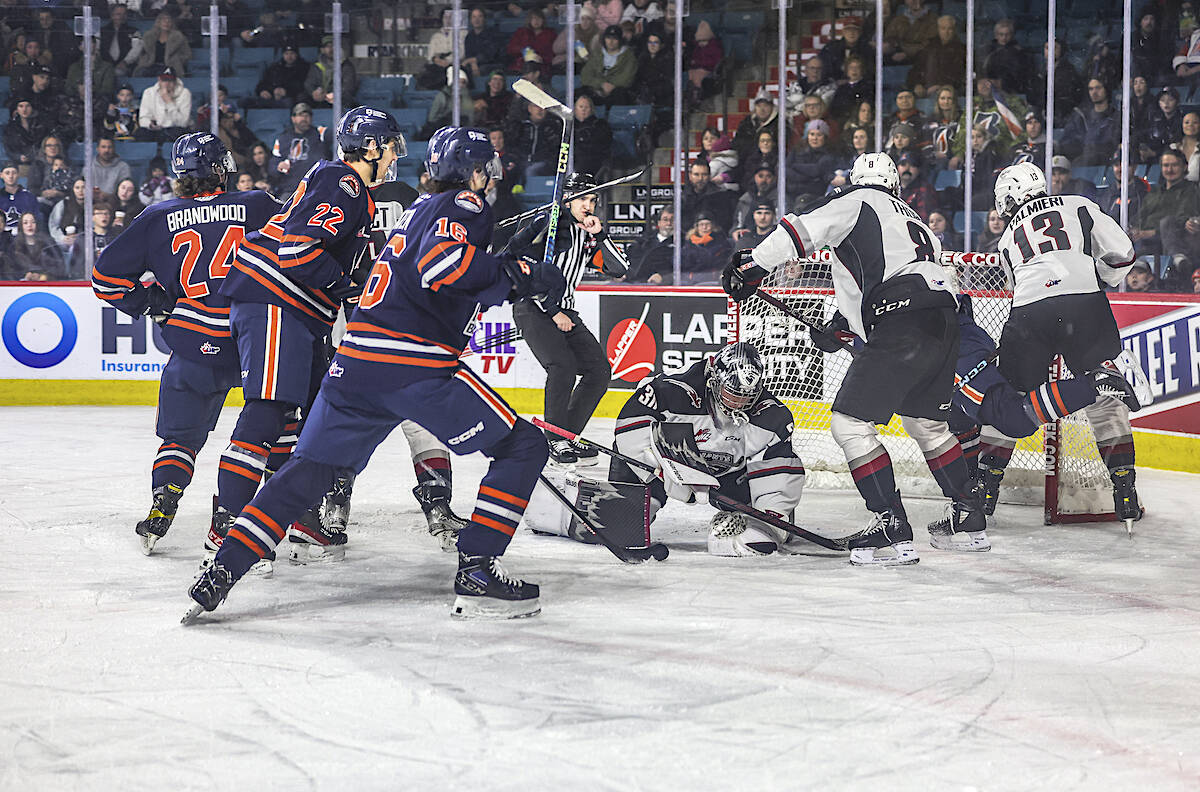