After an uneven start to the Langley Rams post-Canadian Bowl season, a loss against the sixth-place expansion Prince George Kodiaks would have been bad news indeed for a fourth-place B.C. Football Conference team with just three games left to play in 2022.

Saturday night, Sept. 10, at Masich Place Stadium in Prince George, the Rams reverted to winning form, recording a 43-16 victory with a very balanced game on both sides of the ball.

Defensively, the Rams held the Kodiaks to 172 yards of total offence and only 44 on the ground.

They didn’t allow points in the second or third quarters and Denis Moses intercepted a pass.

Offensively the third quarter was the Rams best, scoring 21 of their 43 points in that frame.

Quarterback Trey Jones had his best game of the year, completing 20 passes for 309 yards and throwing four touchdowns. He found Gabriel Fenelon, Aaron Linden, Terrel Jones and Ryan Goeson for majors with Jones hauling in a game high seven passes for 91 yards.

On the ground, Rams running back Derek Best had nine carries for 94 yards and scored a pair of touchdowns. 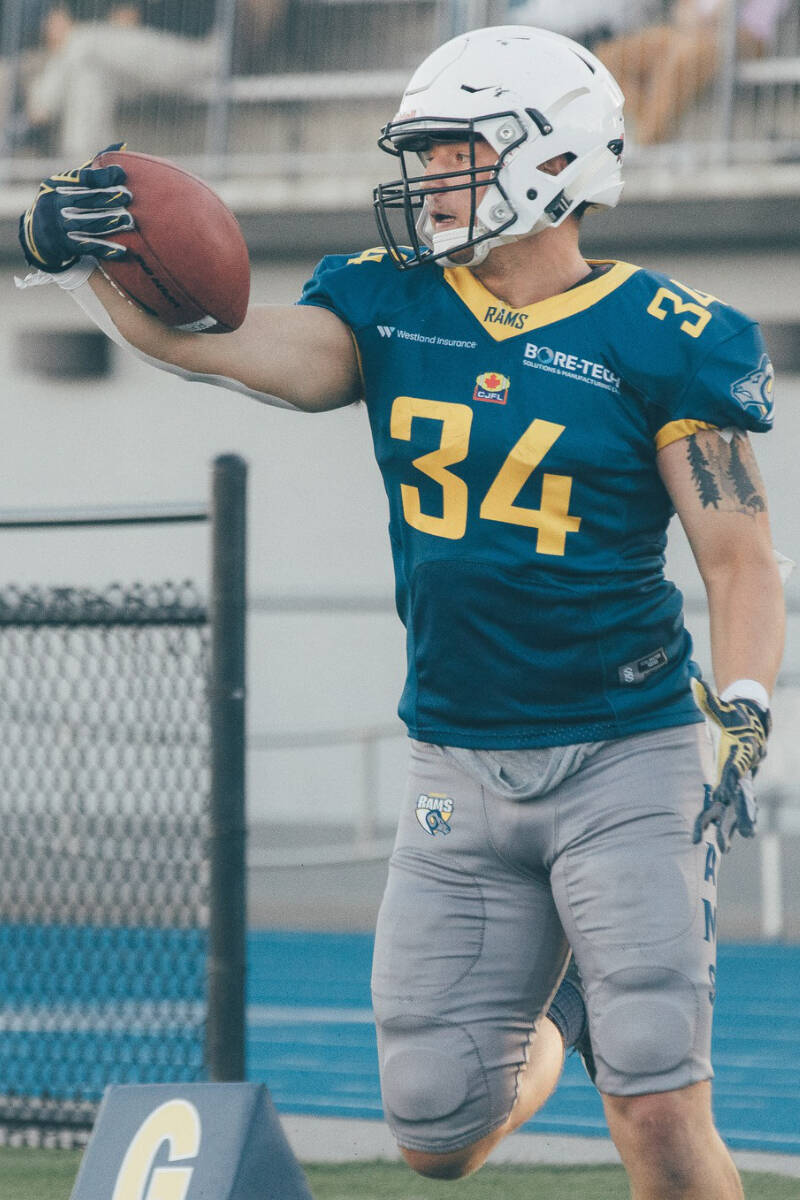 Rams running back Derek Best, seen here at the Cascade Cup earlier in September, had nine carries for 94 yards and scored a pair of touchdowns as Langley downed the Kodiaks 43-16 Saturday night, Sept. 10, at Masich Place Stadium in Prince George. (Rams Facebook)

The Kodiaks scores came from the air, when Sam Sabine found Andrew Brown, and on the ground, when Quinn Neukomm crossed the goal line.

Next, the Rams will visit the VI Raiders in Nanaimo on Saturday, Sept. 17.