Diwali is known as a festival of lights, and on Friday (Nov. 12) the Abbotsford Canucks stayed true to that tradition by lighting up the San Jose Barrcudas in the team’s highest offensive output ever.

The Canucks came out red hot on Diwali Night at the Abbotsford Centre, scoring three goals in the first six minutes en route to a dominant 7-1 win.

Prior to Friday, the most goals Abbotsford had scored in a single game was three.

Minutes from puck drop for @abbycanucks vs @sjbarracuda. Cool set up for #Diwali night pic.twitter.com/HhG6KKBGug

Sheldon Rempal (power play goal), Jett Woo and Will Lockwood all tallied in the first, with Scott Reedy scoring the Barracuda’s lone goal at 18:01 of the first. Vincent Arseneau scored on the power play in the second, while Sheldon Dries, Rempal and Adam Brubacher lit the lamp in the third.

Canucks goalie Michael DiPietro was solid, especially in the second period when San Jose was threatening to make the game interesting. He made 28 saves to collect his second win on the season.

Several Canucks stuffed the stat sheet on Friday, with Phil Di Giuseppe picking up four assists and Dries adding three assists to go with his goal. Woo also had a three-point night. Special teams were improved for Abbotsford, as the power play went two for four and the club killed off eight of nine penalties, including a two-man disadvantage to end the game.

Is it even an #AbbyCanucks game without a Sheldon Dries goal?

Dries leads the home side with 6â£ goals this season! pic.twitter.com/oJtALDnt8M

Woo told media that Diwali Night was a hit and gave the team a bit of an extra spark early.

“It was a great atmosphere, the music was awesome – I think we kind of leaned on that early,” he said.

Woo said it’s been a great week of practice and the power play especially was effective.

“We just kept it simple,” he said. “You look at the last couple of games, there was a little too much stick handling but we kept it simple and got shots on net tonight.”

What a way to start a game!

He added that the penalty kill was also more focused and he was pleased with how his teammates were blocking shots and sacrificing their bodies to make DiPietro’s job a little easier. He praised the play of Di Giuseppe and Dries who set him up perfectly on his goal.

Abbotsford’s record now improves to 4-4-2-0 after 10 games, and they sit tied for fifth in the Pacific Division. San Jose drops to 3-4-1-0, and they rank eighth.

The two teams clash again at the AC on Sunday. Face-off is set for 4 p.m. 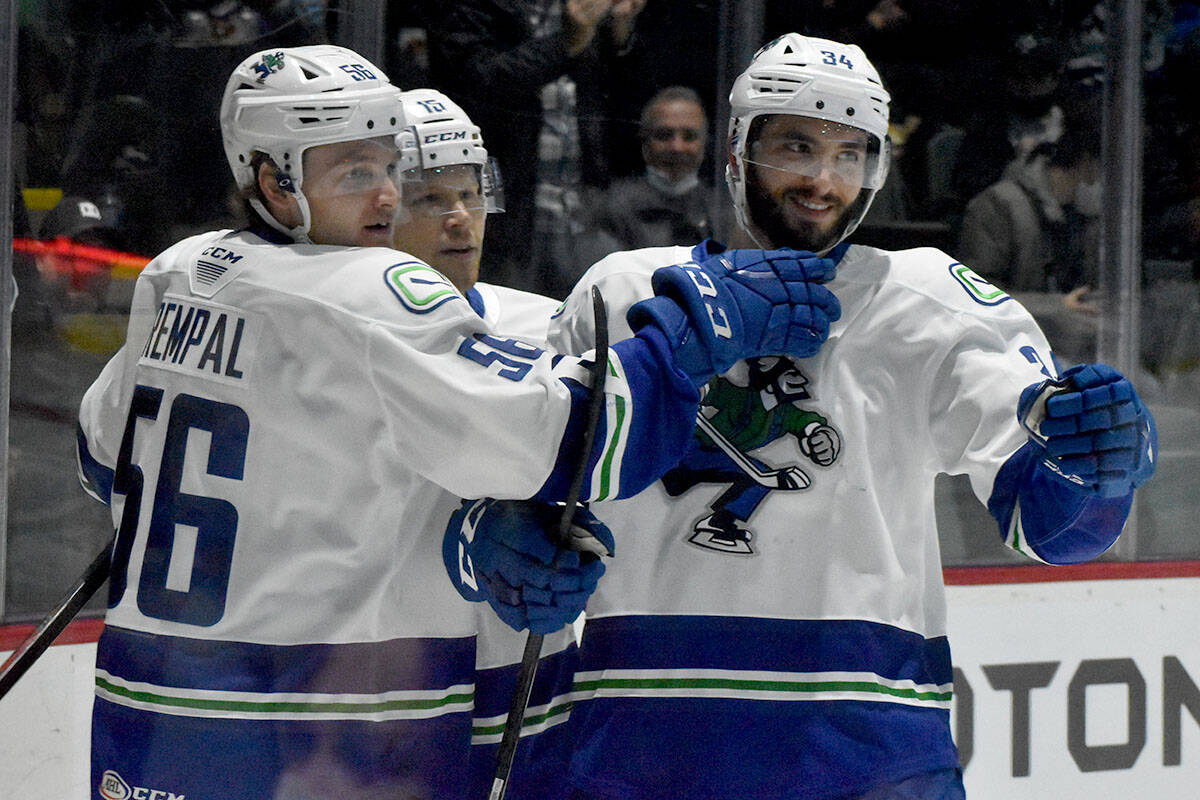 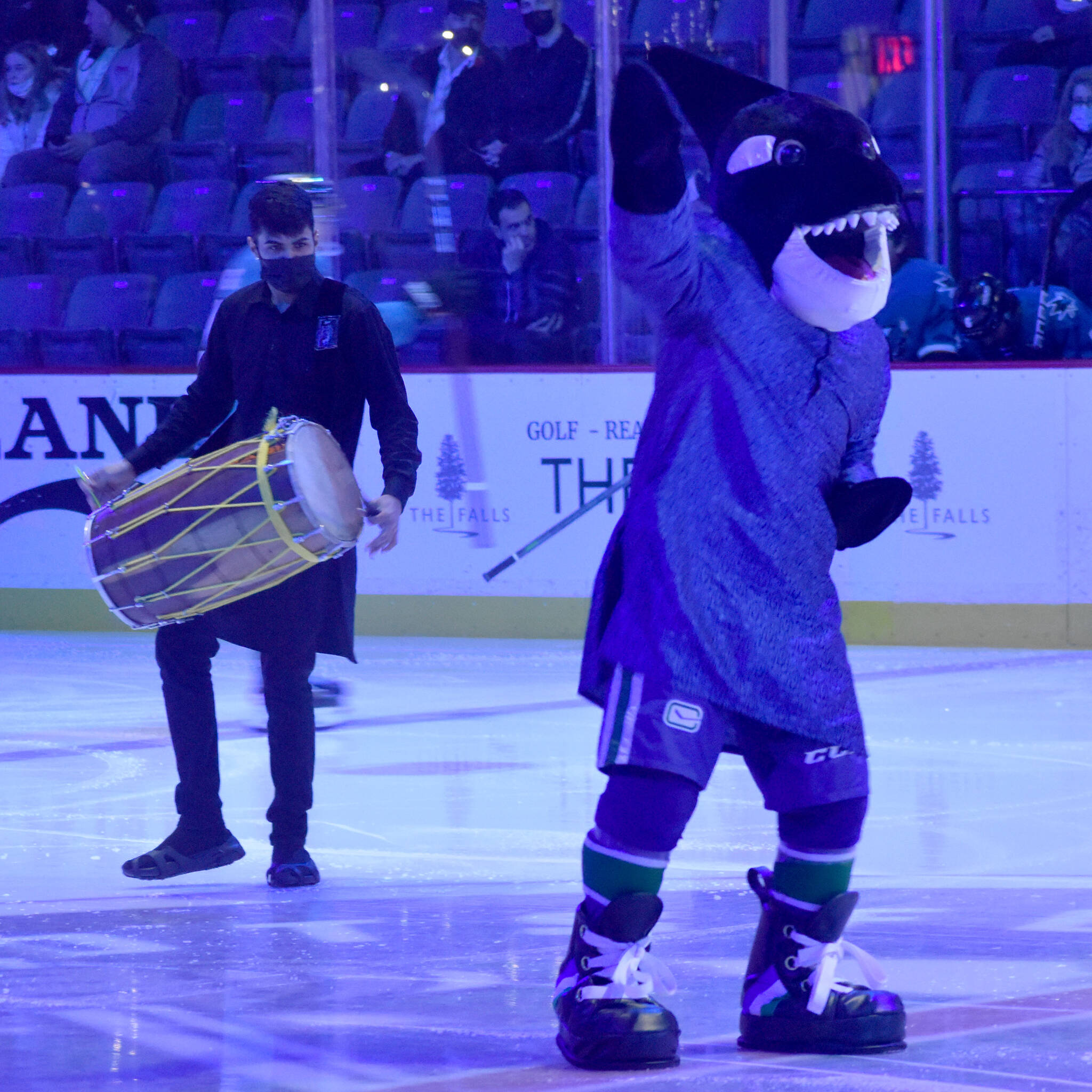 Fin shows off his Diwali gear to open the game. (Ben Lypka/Abbotsford News) 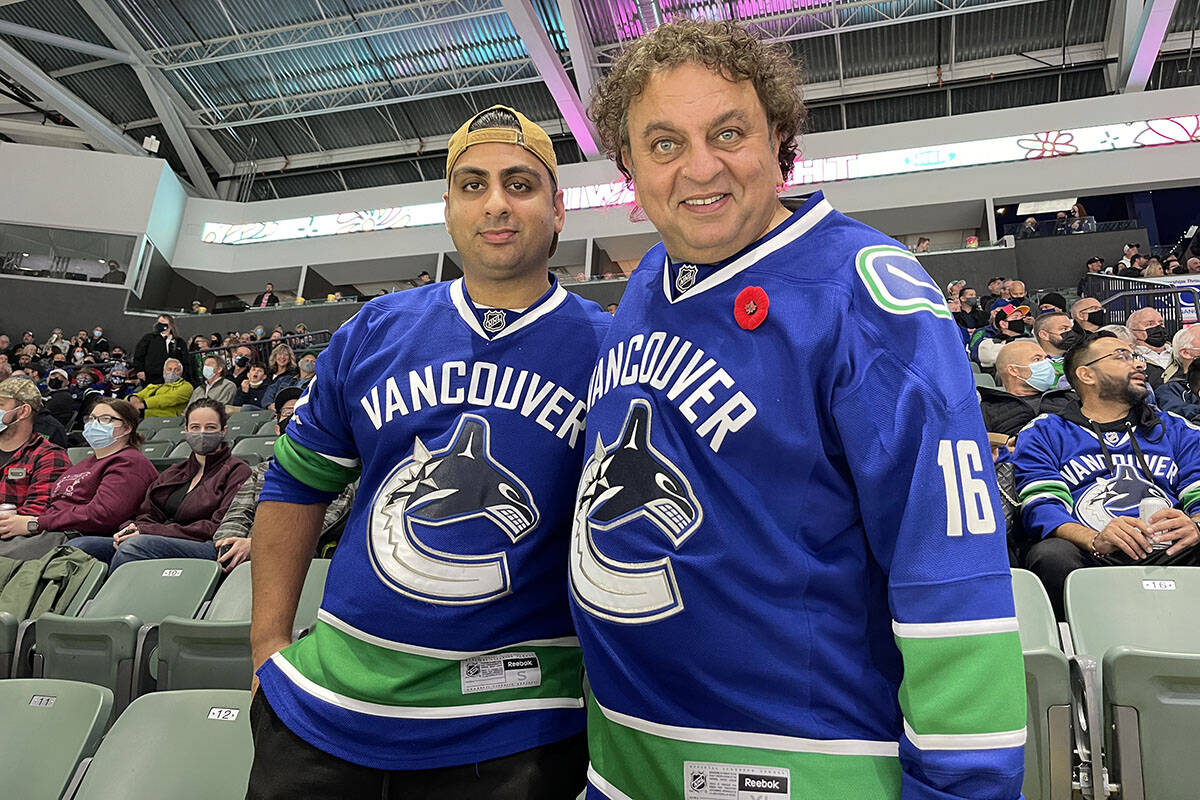