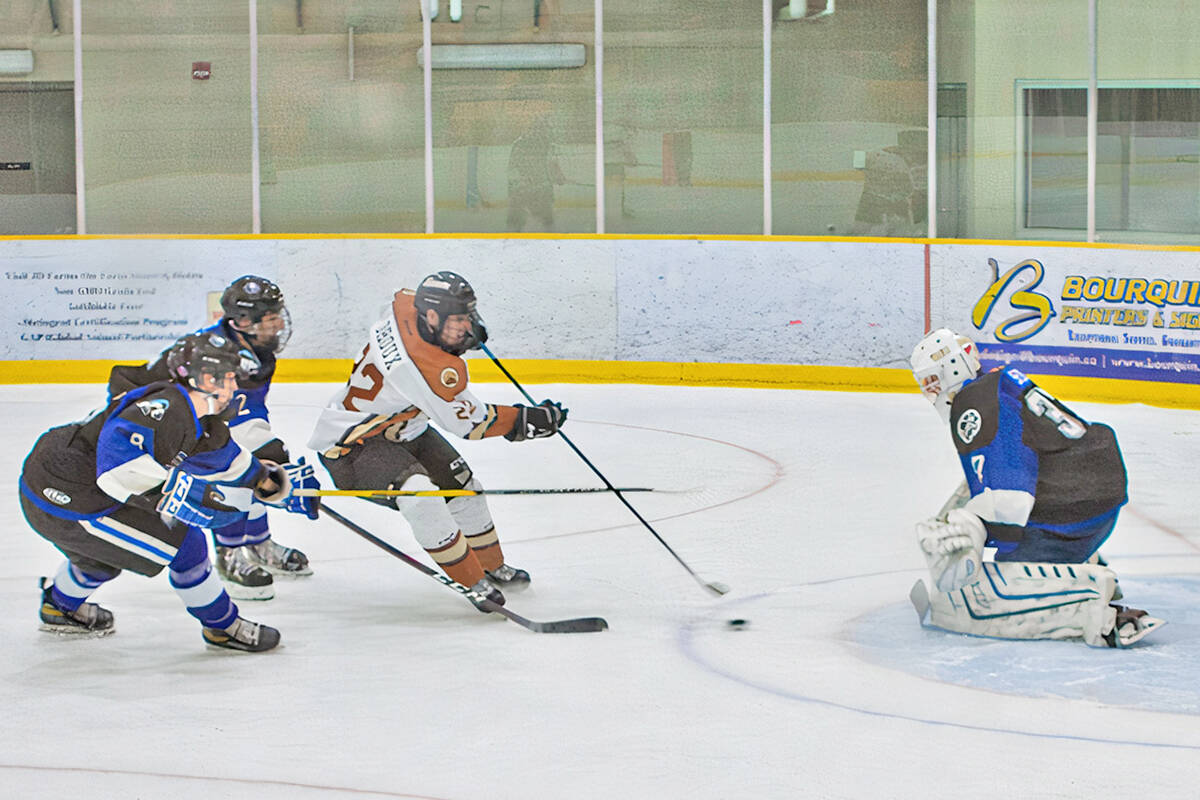 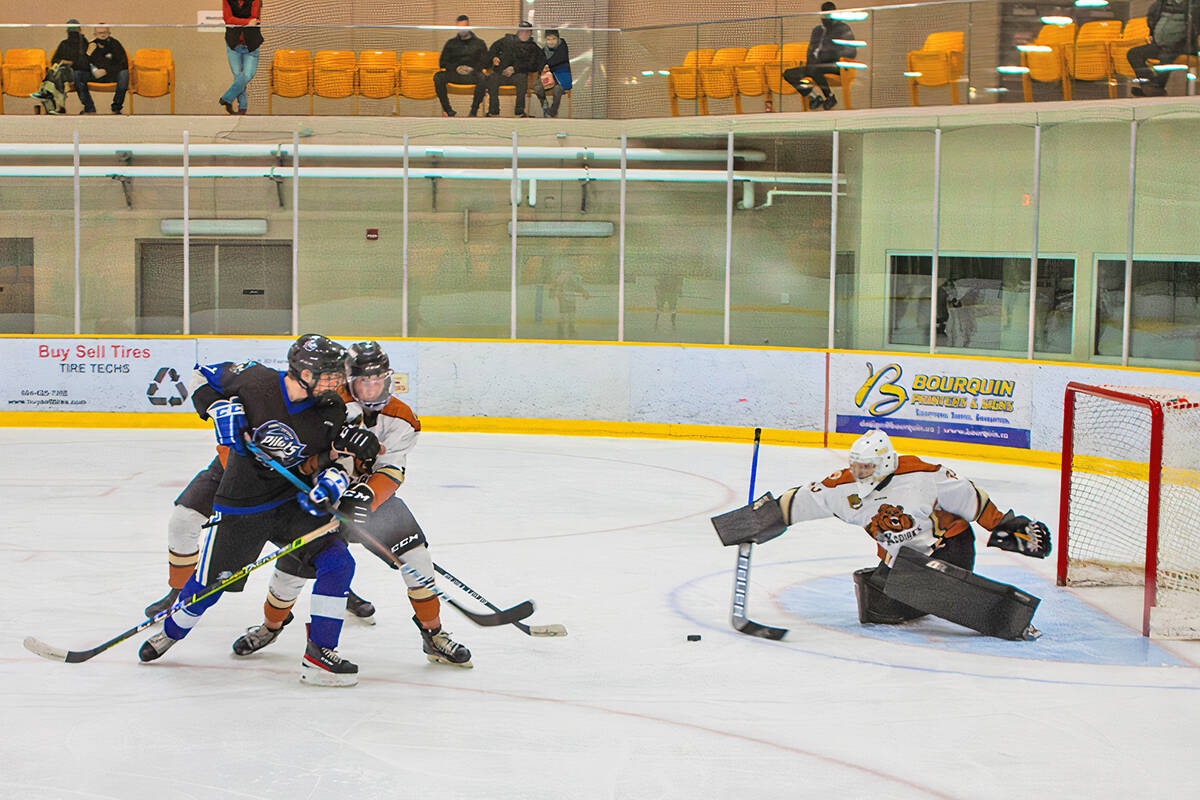 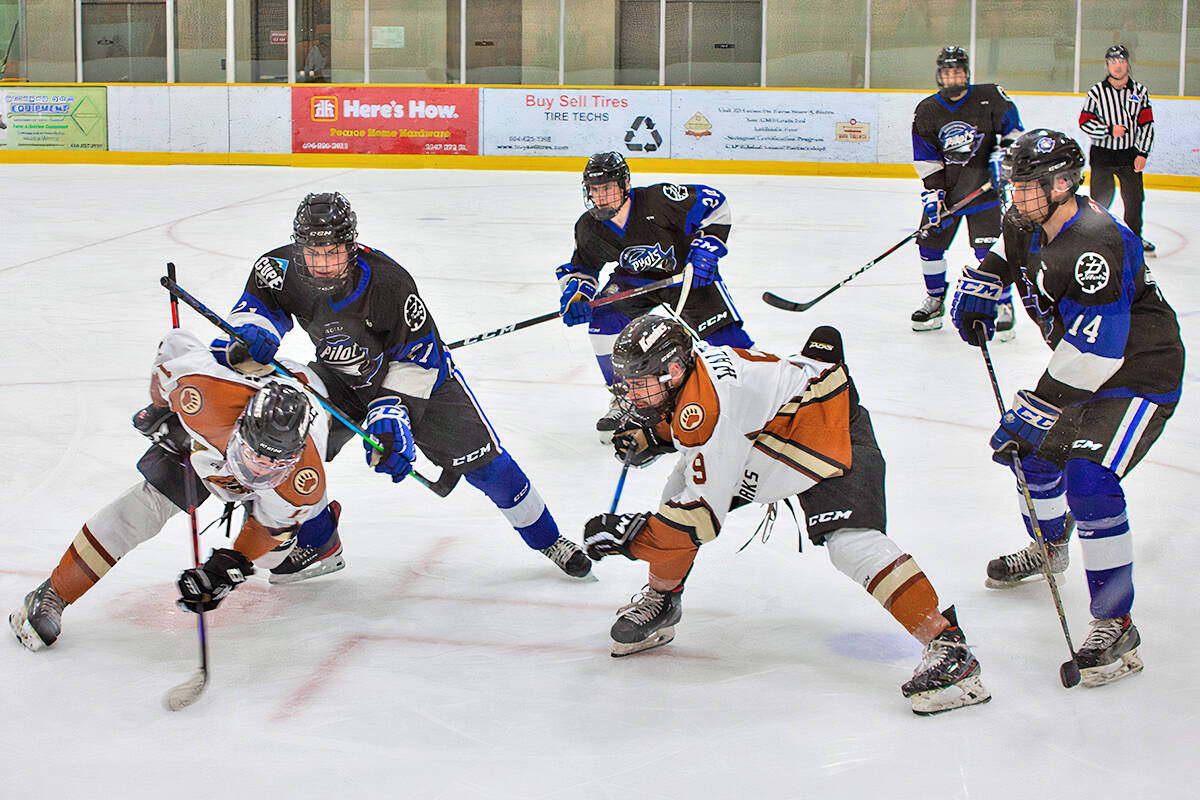 Aldergrove Kodiaks are fourth in the Harold Brittain Conference of the PJHL after two wins and one loss.

Lewis Nikkel scored twice, while Trevor Baron, Noah Iacutone, Ryan Sullivan, and Hunter Brown got singles for the Aldergrove Kodiaks to down Abbotsford Pilots 6-4 at the Aldergrove Credit Union Community Arena on Jan. 19, while Mason Brown, Asher Braski, Adrian Schaefer and Many Moreau scored for the Pilots.

Abbotsford was leading 3-2 at the end of the first, but Aldergrove pulled ahead in the second, to lead 4-3.

Late in the third, Abbotsford tied the game 4-4, but Nikkel replied with back-to-back goals for the win. 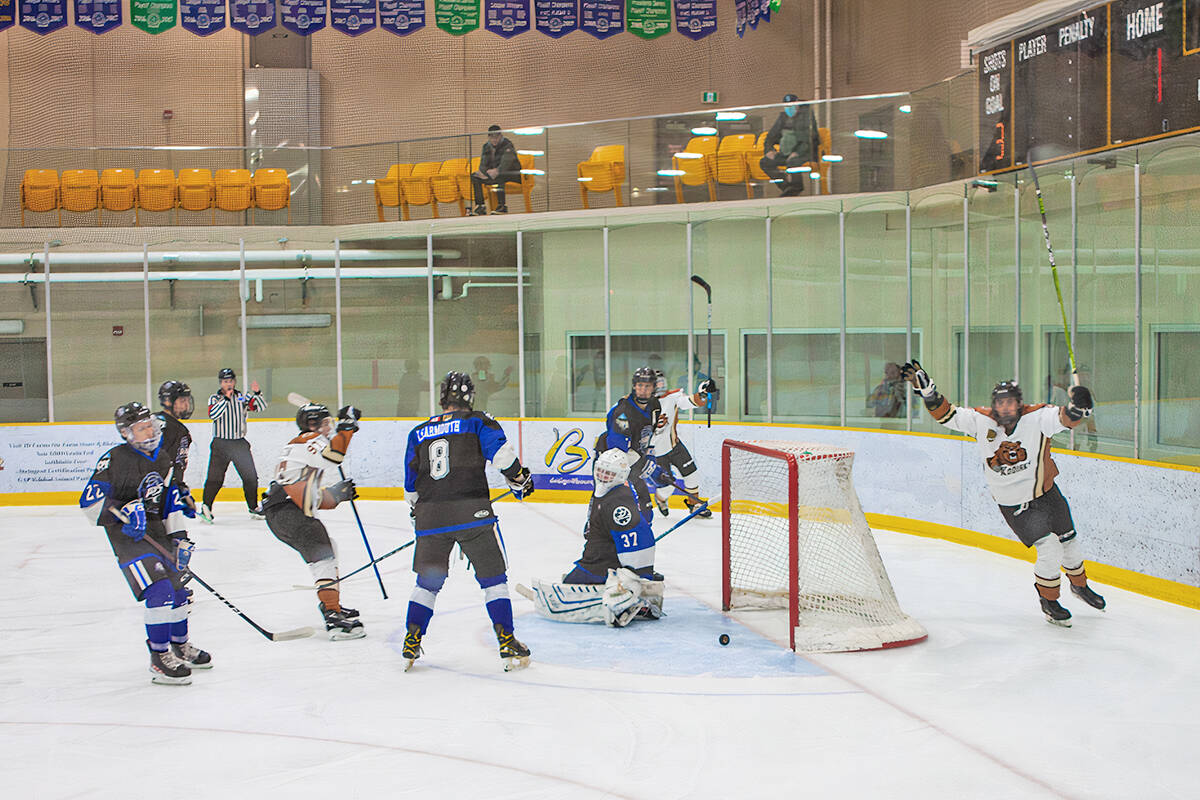 Nikkel and Preston were named first and third stars of the game for Kodiaks, while Pilots player Braski was second.

A road game against the Surrey Knight netted an 8-3 win win for the Kodiaks on Jan. 20 at the North Surrey Sport and Ice Complex.

Nikkel opened the scoring at 4:32 of the first, followed by Brown, with Brown, Iacutone and Storebo following up to end the period 4-0.

In the second, the Knights got on the board courtesy of Jake Thompson, who scored in the opening seconds.

Nikkel replied for Aldergrove at 5:55, then Thompson got his second of the night at 16:41.

Knights got their third and final goal 26 seconds into the third period, from Billy Thompson.

After that, it was all Aldergrove, with Preston, Ralph and Brown adding to the Kodiaks total.

Brown and Nikkel were named first and second stars.

On Sunday, Jan 23, at George Preston, the Kodiaks took on crosstown nemesis Langley Trappers, with Aldergrove suffering a 6-4 loss.

Aldergrove opened the scoring at 11:08 of the first with Baron and Ralph, then Tong replied for Langley.

Trappers Hylands and Weys scored in the opening minutes of the second, then Storebo tied it 3-3.

Trappers Shearon and Hylands made it 5-3 for Langley, then Taylor narrowed the gap to 5-4.

That proved to be the final goal for the Kodiaks.

In the third period, Bressette got the insurance market, a short-handed goal at 15:34.

Trappers are undefeated in January so far, with six wins in a row and currently leading the Harold Brittain conference standings, just ahead of the Ridge Meadows Flames.