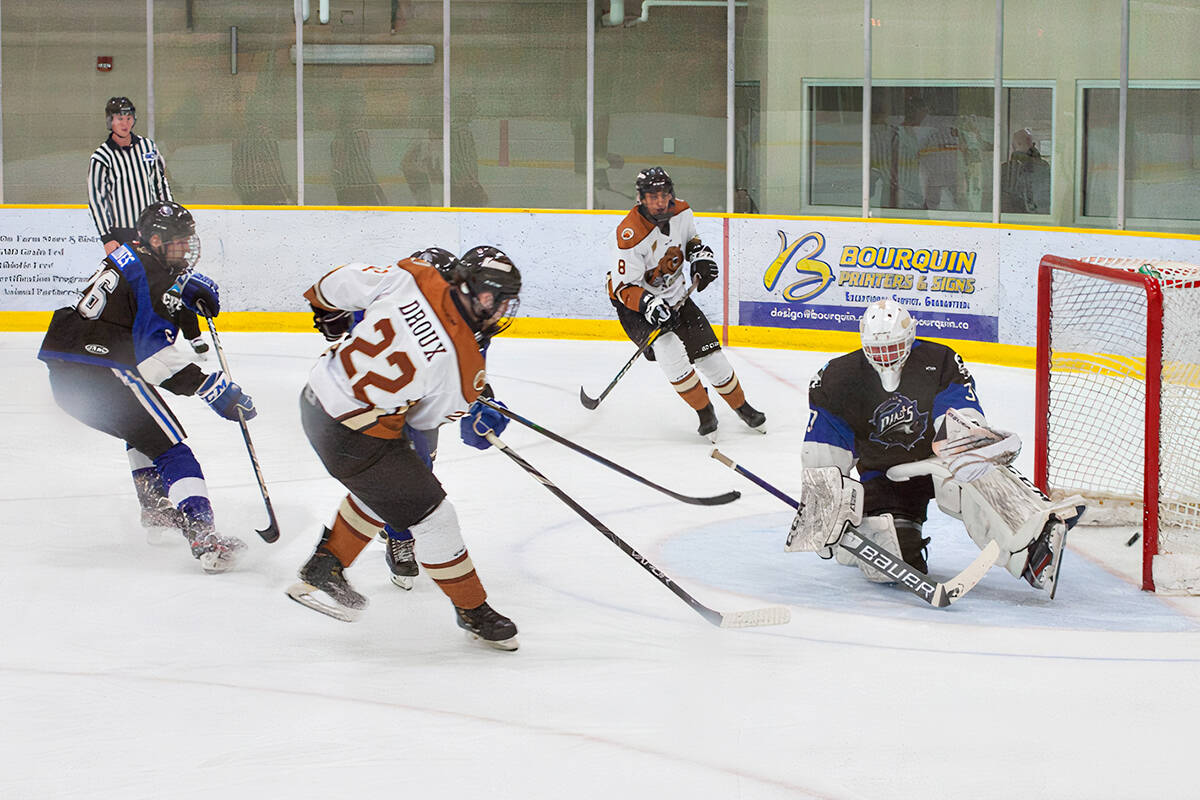 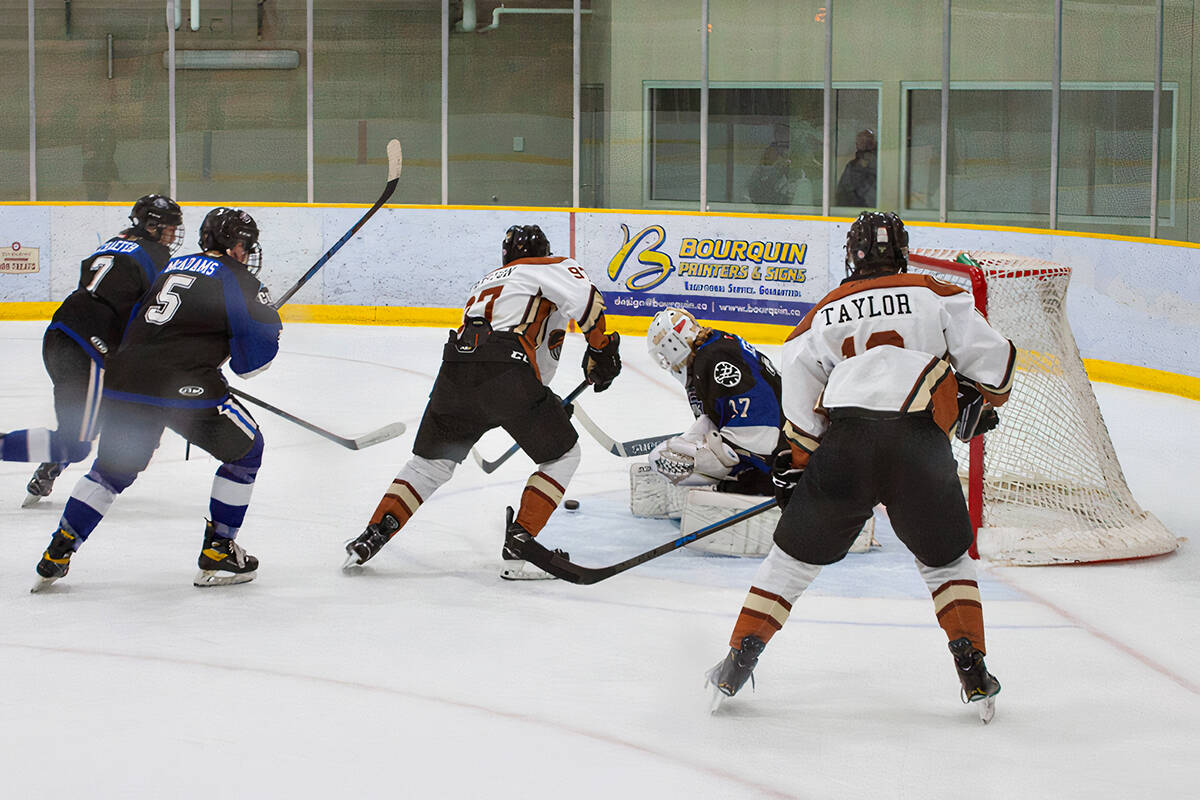 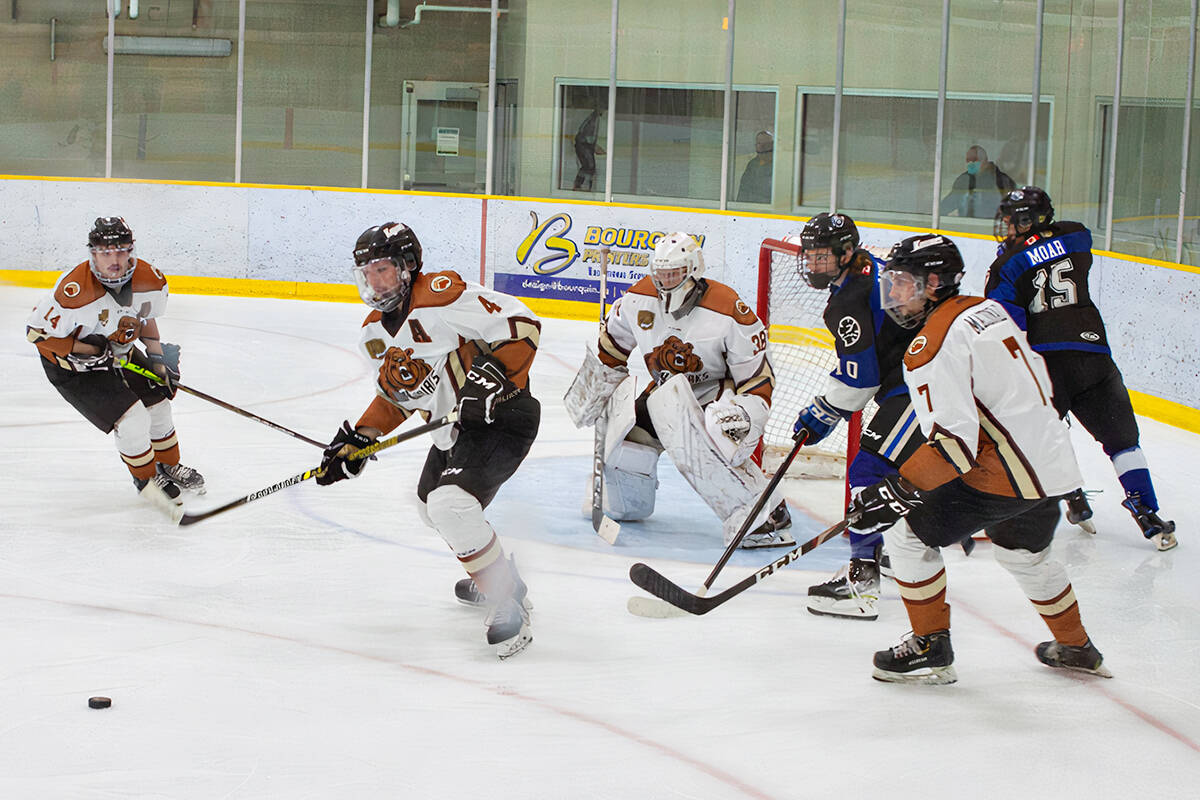 In doing so, Aldergrove avenged their prior defeat at the hands of the Pilots, a 5-3 loss on Dec. 3 at MSA Arena.

Kodiaks General Manager Rick Harkins said the team has heeded a call for more discipline when it comes to taking penalties.

“They bought into it and kind of stayed out of the box,” Harkins remarked.

It was Trevor Baron who began the Kodiaks scoring rampage, at 8:04 of the first period, with help from Justin Ralph and Parker Kubilius.

It would be recorded as the game winning goal, with the insurance goal coming seconds later, courtesy of Droux, assisted by Noah Iacutone and Camden Koch.

Preston got his first of the game less than a minute later, with Kale Taylor and Lewis Nikkel assisting.

Droux scored his second of the night at 10:52 of the second, with Mason Brown and Camden Koch assisting.

Then Preston got his second on a power play, with Nikkel and Cameron Northard. 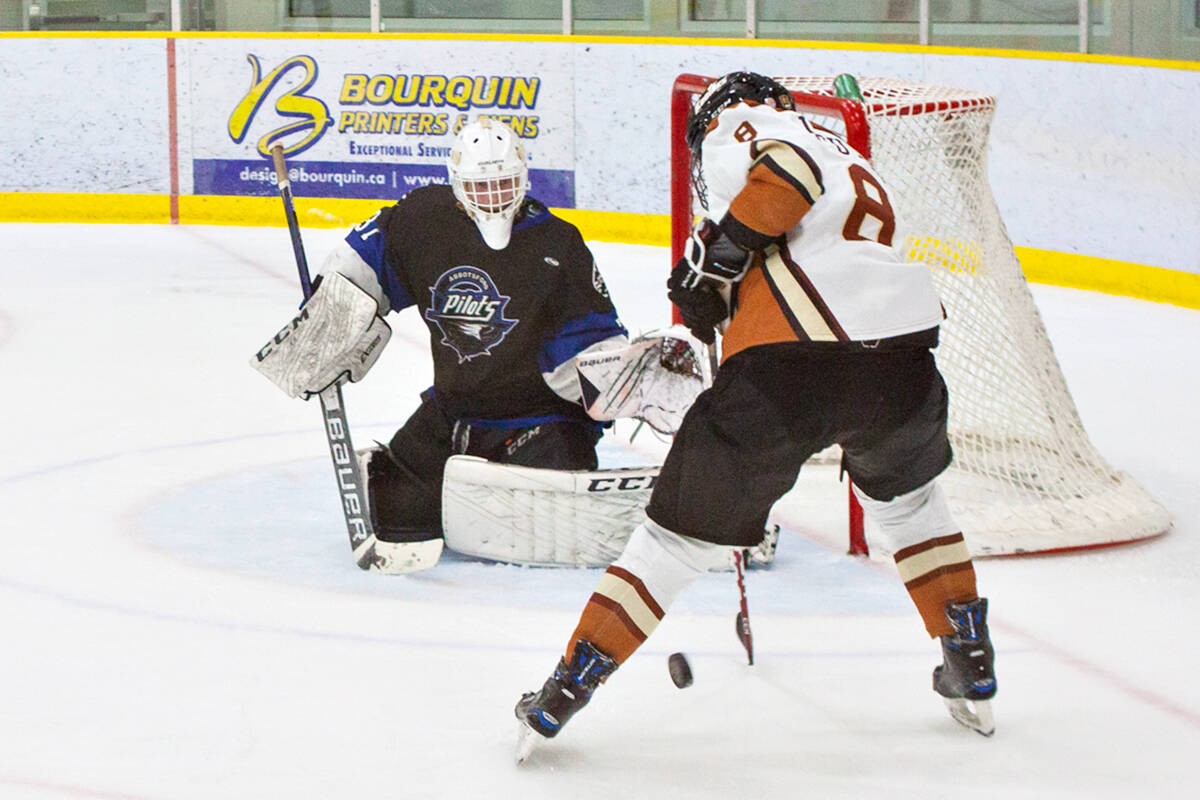 Taylor Chiu scored in the third, with Baron and Brown assisting, then Droux got his third, and the last of the game, on a short-handed goal with Ryan Sullivan assisting.

Droux, Preston and Kodiaks goaltender Allen Gillis – who stopped 28 shots – were named first, second and third stars of the game.

Harkins said Gillis, an Aldergrove local, is leading all rookie goaltenders in the league.

“We couldn’t be more pleased with him,” Harkins remarked.

The next day, Dec. 9, Kodiaks paid the Surrey Knights a visit and won 3-0.

Ryan Sullivan opened the scoring for the Kodiaks in the first period, with Camden Koch assisting.

Justin Ralph, with Taylor Chiu, got the insurance marker on a power play.

After a scoreless second period, Trevor Baron fired in an unassisted goal in the third.

Gillis, who stopped 38 shots for his second shutout in a row, was named first star of the game, with Sullivan second.

Harkins made a trade with Abbotsford that brings right-handed forward Hunter Brown into the Kodiaks fold.

In three seasons with Abby, Brown, a Langley native, appeared in 63 games, scoring 36 goals and 21 assists.

Next up, Kodiaks host Chilliwack at home tonight (Wednesday Dec. 15).