The Aldergrove Kodiaks are tied for wins and losses (12-12) in Harold Brittain Conference standings for the Pacific Junior Hockey League (PJHL) as of Tuesday.

The Mission City Outlaws out-climbed the bears from third place this month, from three points behind to one win ahead as of Saturday (Dec. 7), though the Outlaws have played more games on-hand, said Kodiaks new head coach Chris Price.

Just before Dec. 1, the BC Hockey Association’s season deadline, the bears signed on two new forward players – Lewis Nikkel and Carson Preston – to heighten their chances at victory this season.

December has marked a rough patch for the Aldergrove team, which by the end of November was on a five-game winning streak but now is down two consecutive games.

The team currently hovers at fourth place in the conference, within striking distance of the Abbotsford Pilots whom they will face-off against on Wednesday night.

The Kodiaks only managed one goal in their last two games, on Dec. 3 against the Delta Ice Hawks and against the White Rock Whalers on Dec. 4.

The bears, including Aldergrove goalie Dylan Black, were shut out by Delta with nine goals.

More recently, on Dec. 4, the team went up against the White Rock Whalers and were outshot 36-28, even though Aldergrove was first to score with 1:33 left in the first period.

RELATED: Kodiaks team captain that championed the PJHL is back, this time as head coach

With a final score of 5-1 for the Whalers, Aldergrove was again shut out of three stars.

“We got away from how we usually play,” Price said.

New on the squad

Both Preston and Nikkel have shown their worth to the Kodiaks on the ice, enough to be signed on to play full-time, Price explained.

“Preston is fast and skilled” Price expounded. Last year, the player was the captain of Aldergrove’s Midget A1 team last season.

Nikkel, Price said, “is a good all-around player, both in the offensive and defence zones.”

Over a span of 10 games, Nikkel – formerly an Aldergrove spare player who covered during times of injury or suspension of other players – has clocked four goals and assists.

Preston – who was traded from a team with the Kootenay International Junior Hockey League (KIJL) – has clocked one goal and assist in his three games played. 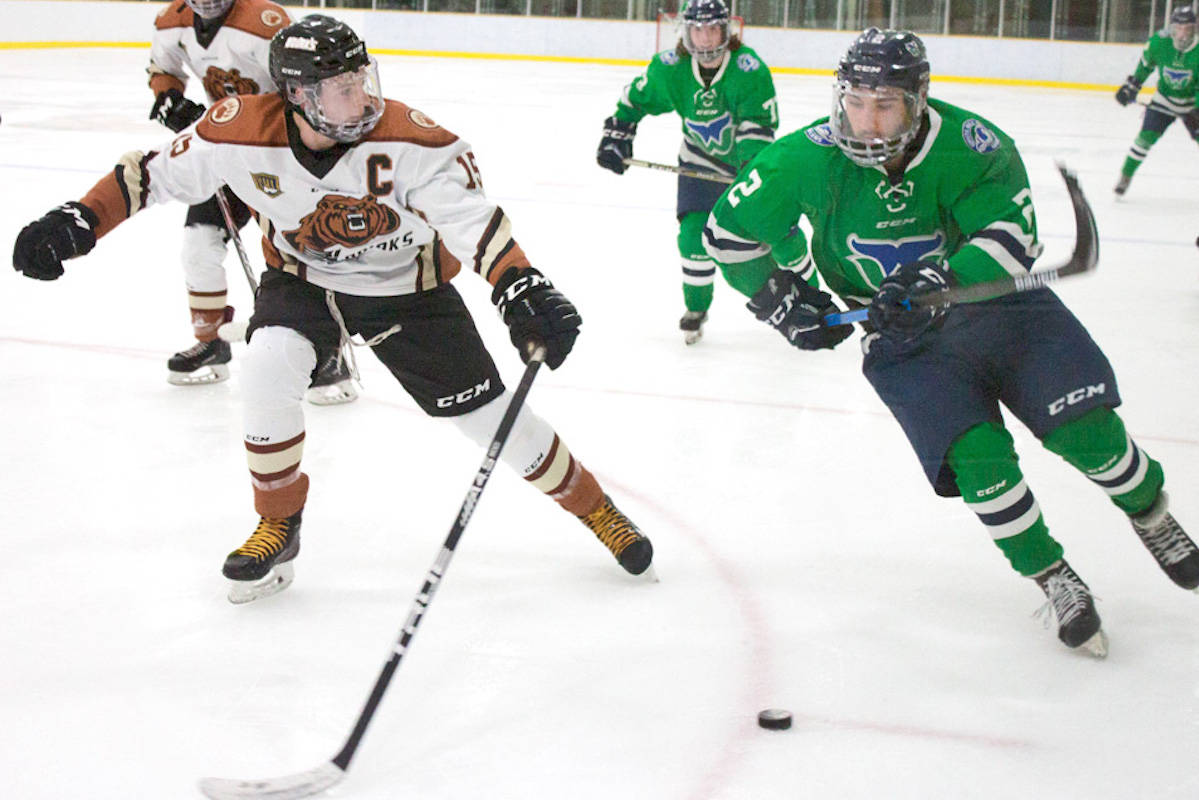 Aldergrove Kodiaks team captain Ty Pickering, 20, could not get a five-goal lead back from the White Rock Whalers at a Dec. 4 home game. (Kurt Langmann/Special to the Star)