Volunteers with the Aldergrove Minor Baseball Association (AMBA) have just upgraded the batting cages at Aldergrove Athletic Park at 27 Avenue and 267B St. to make them warmer and allow practising in less than ideal weather.

AMBA president Brad Blatz described the redone cages as a “a true four-season facility” with a solid roof and walls that can be covered.

The work was done at the end of January, and the first practice sessions were hosted this past Sunday, Feb. 6.

Blatz told the Langley Advance Times the upgrade has been in the works for a while, with a successful fundraising campaign prior to the pandemic, which then forced a delay.

With the upgrade, it will still be possible to remove tarpaulin walls from the side of the batting cages to ensure good ventilation, an important consideration under COVID safety protocols.

Aldergrove could remove its walls to improve ventilation, while North Langley’s batting cages were considered indoorfacilities.

Blatz said AMBA is still feeling the the impact of the coronavirus.

Membership is down roughly 50 per cent, but there are some encouraging signs, with registration in their largest divisions, 11U and 9U, starting to pick up again.

“There has been a bit of resurgence this year. We’re excited about the season.”

Registration is underway and players can be signed up online at www.aldergroveminorbaseball.com or by emailing ambaregistrar2016@gmail.com.

Players as young as four can take part, if they happen to turn five in the calendar year of the season they sign up for – so to be eligible for the 2022 season, they must be born in 2017.

AMBA ranks its field among the best youth hardball facilities in the Lower Mainland/Fraser Valley, with diamonds for all levels, a new dual batting cage, and a clubhouse with a concession.

AMBA board member Erika Rayworth described the sport as COVID-friendly “with players so socially distanced and little to no contact with other players, making it low risk.”

“We have a skills coach that works with all the players from four years up, both girls and boys and men’s teams,” Rayworth described.

“We have the facility, we just need the kids.”

A member of the BC Minor Baseball Association, AMBA’s catchment area includes all of Aldergrove, East Langley and surrounding area all the way to the border and Mt. Lehman Road. 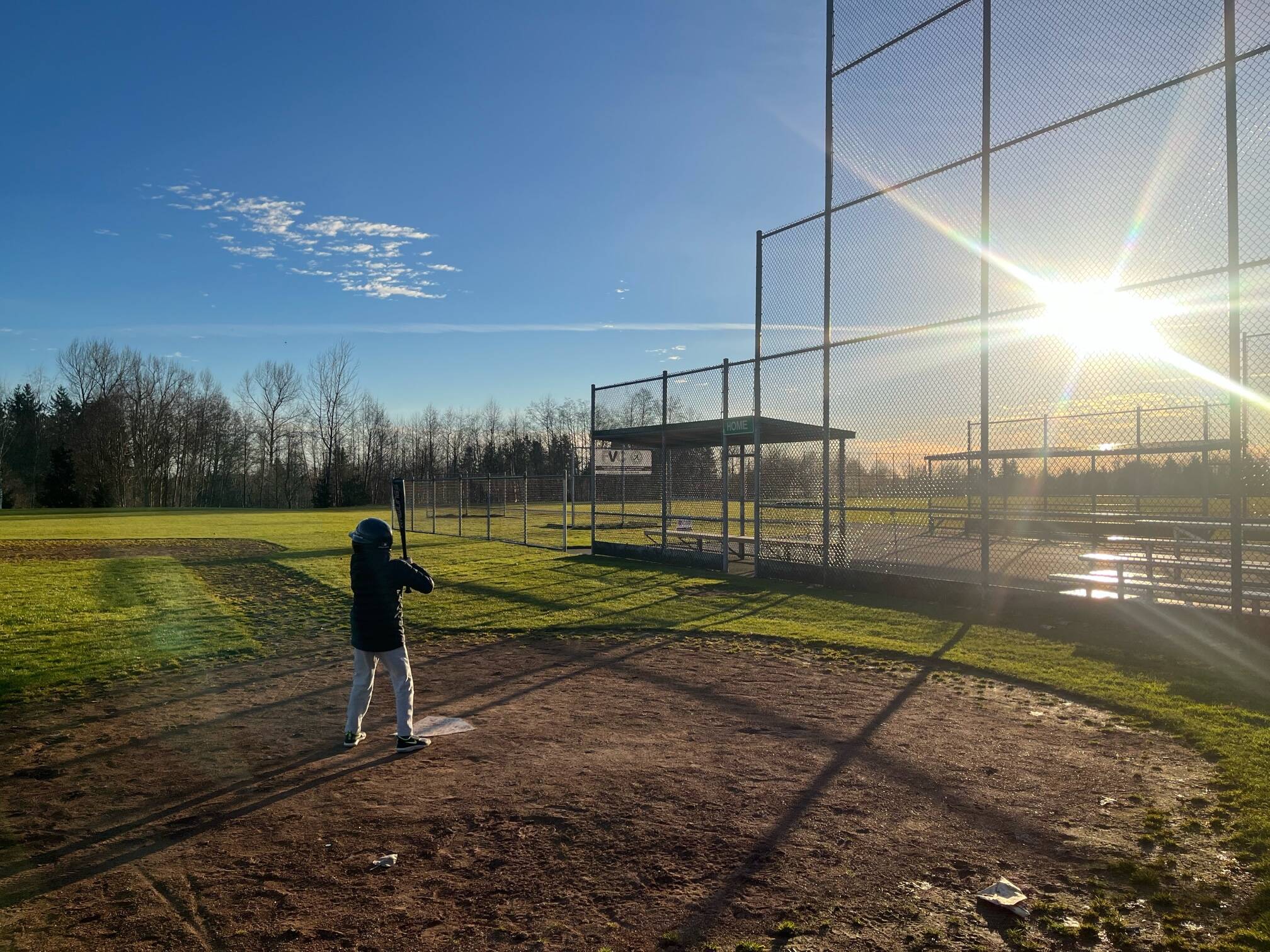