A 2-0 defeat at the hands of the Vancouver Mainland Soccer League’s Club Inter has dashed the Aldergrove Premier men’s hopes of becoming the first ever Fraser Valley Soccer League team to win a provincial championship.

It was the first time that a Fraser Valley Soccer League team played for the highest honour the province has to offer.

Aldergrove United, on the back of a title-winning season in the FVSL, hoped to be the first Fraser Valley team to lift Men’s BC Provincial Cup in the trophy’s 95 year history.

Club Inter took the Provincial A Cup with a 2-0 win over Aldergrove United Premier men at Burnaby Lake Park on Sunday, May 14.

However, this season, Aldergrove’s semi-final win over Westside on May 6 carries more weight because a win qualifies the team for the Nationals, a tournament that the FVSL is hosting in October.

B.C. is getting two berths, so a finals appearance makes Aldergrove the FVSL’s first ever entrant at a National Championship. 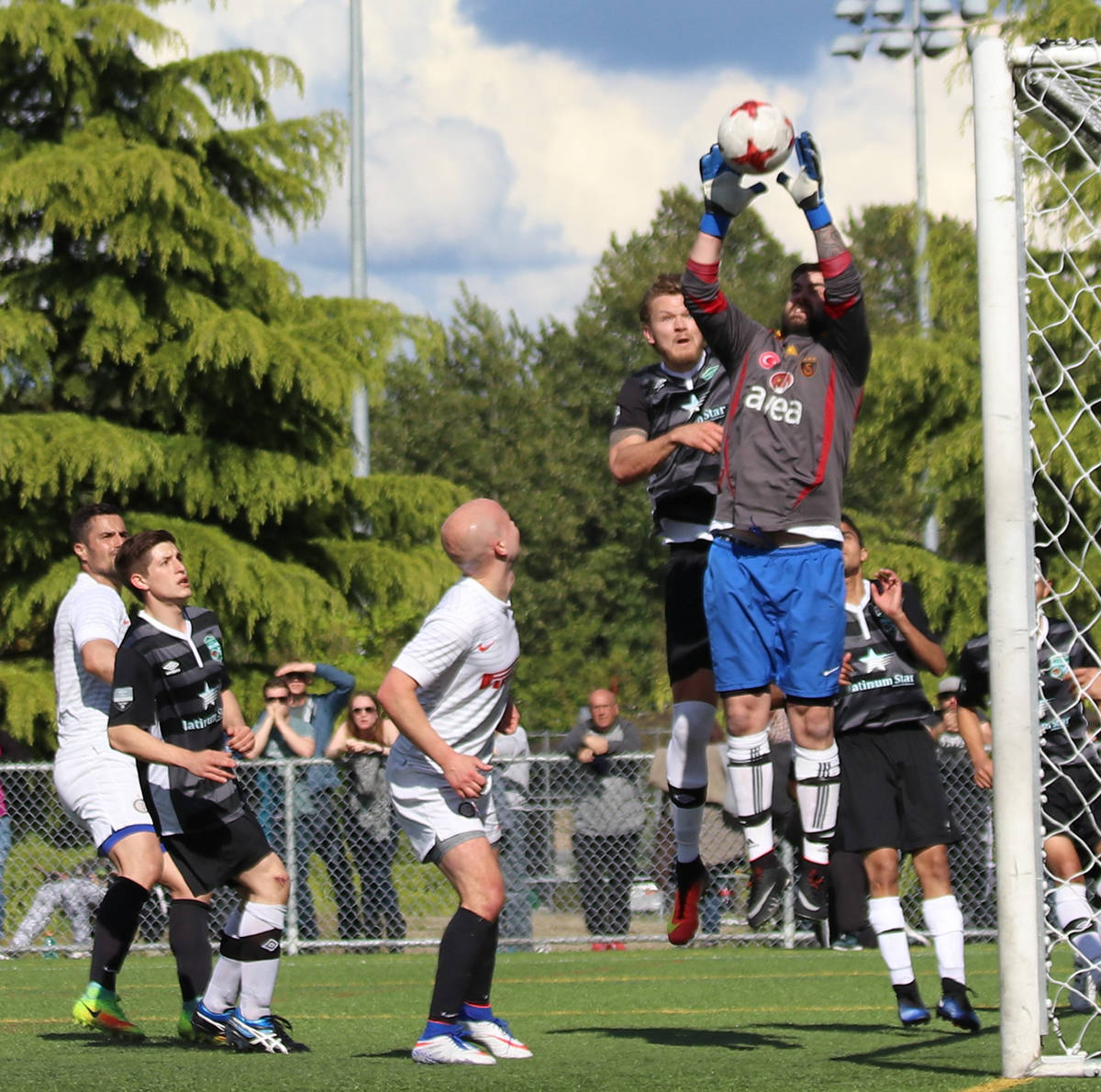 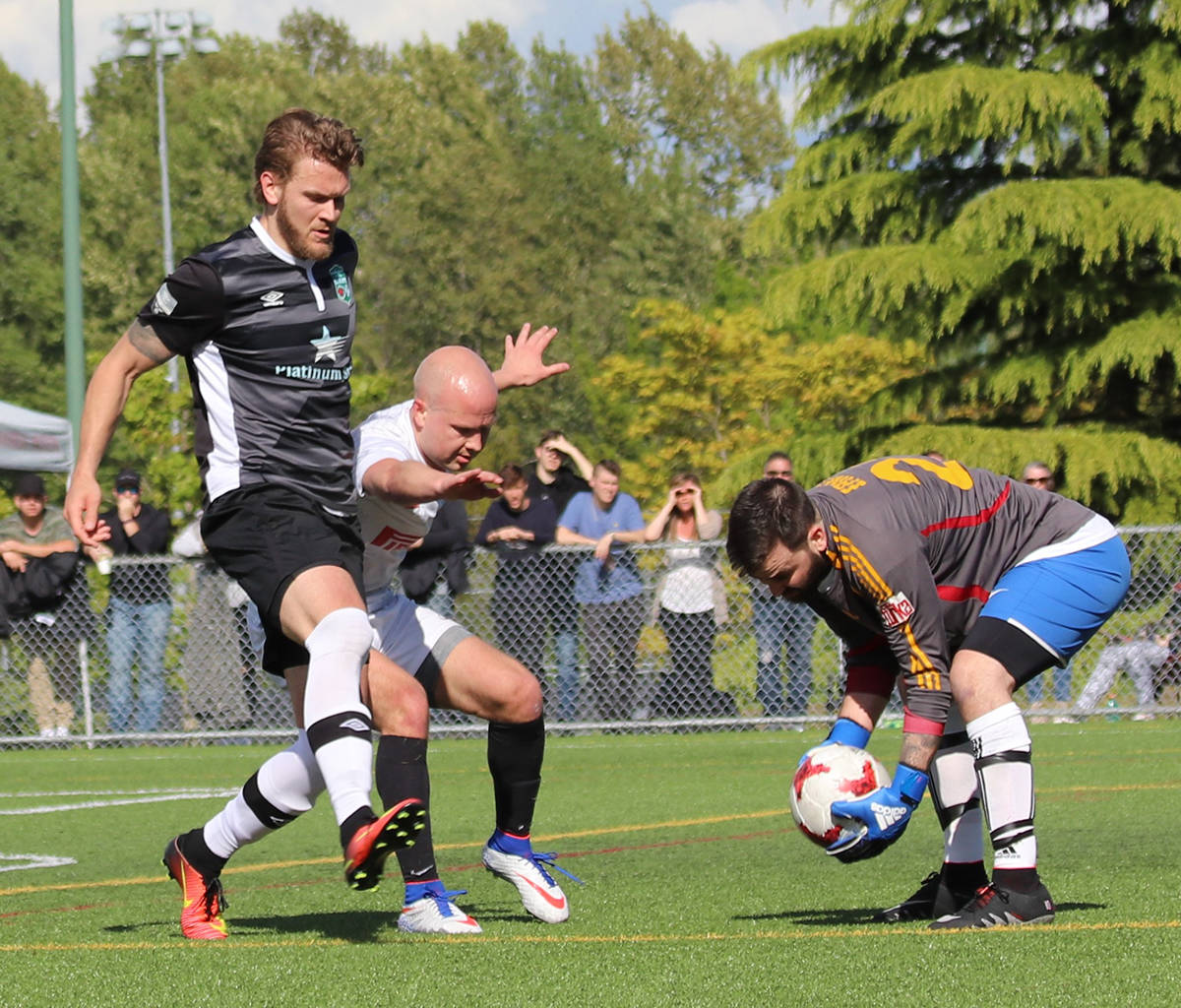 ART BANDENIEKS Aldergrove’s Brett Wiens (seen behind Inter goalkeeper) headed the ball over the goal keeper off a wonderful corner kick, but the crossbar denied the goal for the Aldergrove Premier men Sunday in Burnaby.