In September, Aldergrove Skating Club will begin it’s 50th year since it was first founded in 1974.

If the last two months of 2022 were any indication, the club can look forward to celebrating their anniversary with even more wins and medals, for all age groups. 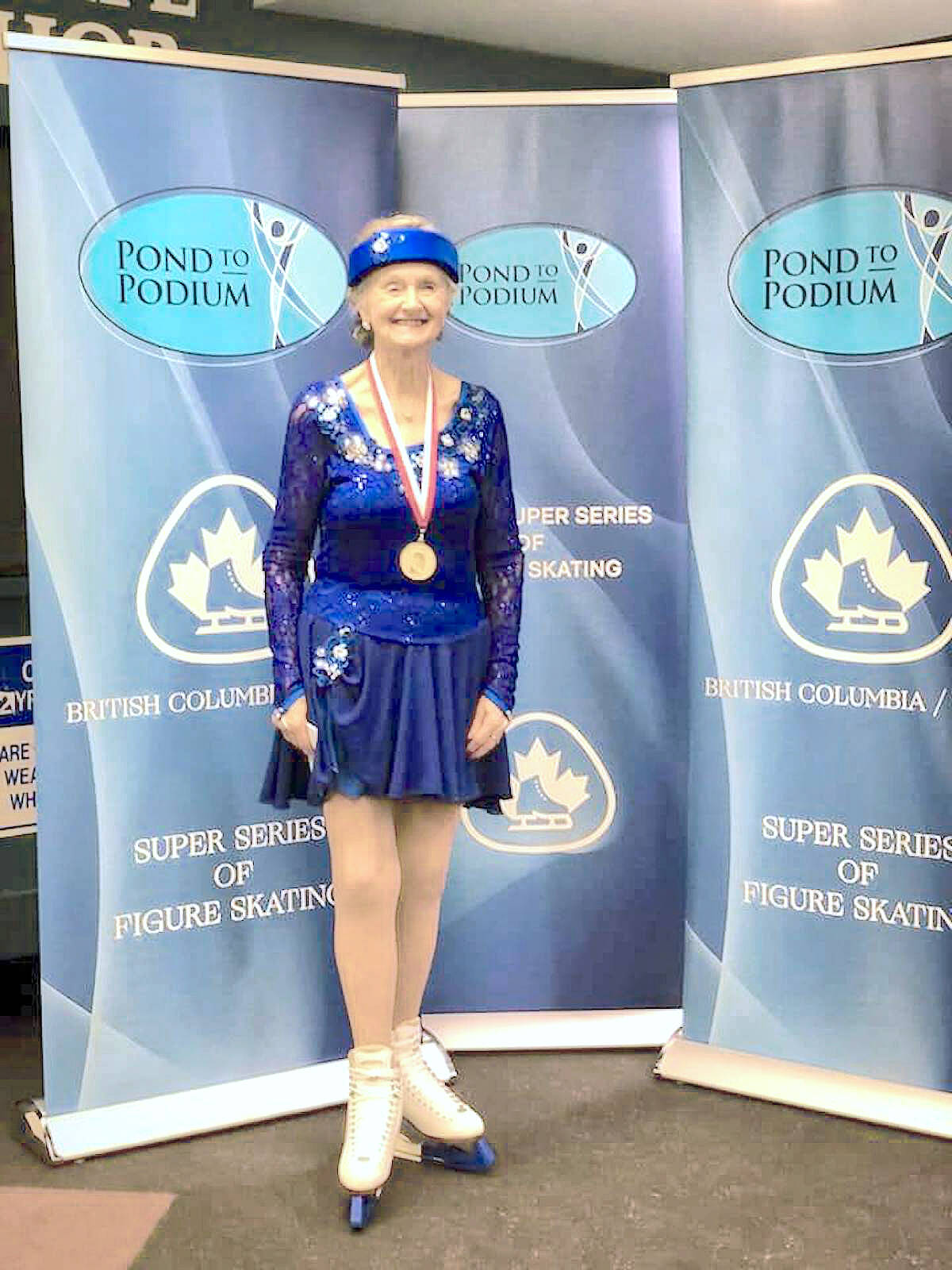 Competing in the Adult Bronze Artistic division at the South Surrey competition, Aldergrove Skate Club’s Linda Maundrell won gold, skating to “Fly Me To The Moon.”

At 80, Maundrell, a former Langley resident who now lives in White Rock, has been a club member since 2005.

“I figure skated as a kid till I was 18,” Maundrell explained.

Returning to skating at 62, Maundrell has since amassed more medals than she can count, including multiple wins at the International Skating Union’s Adult Figure Skating Competition in Germany, where she has competed seven times. 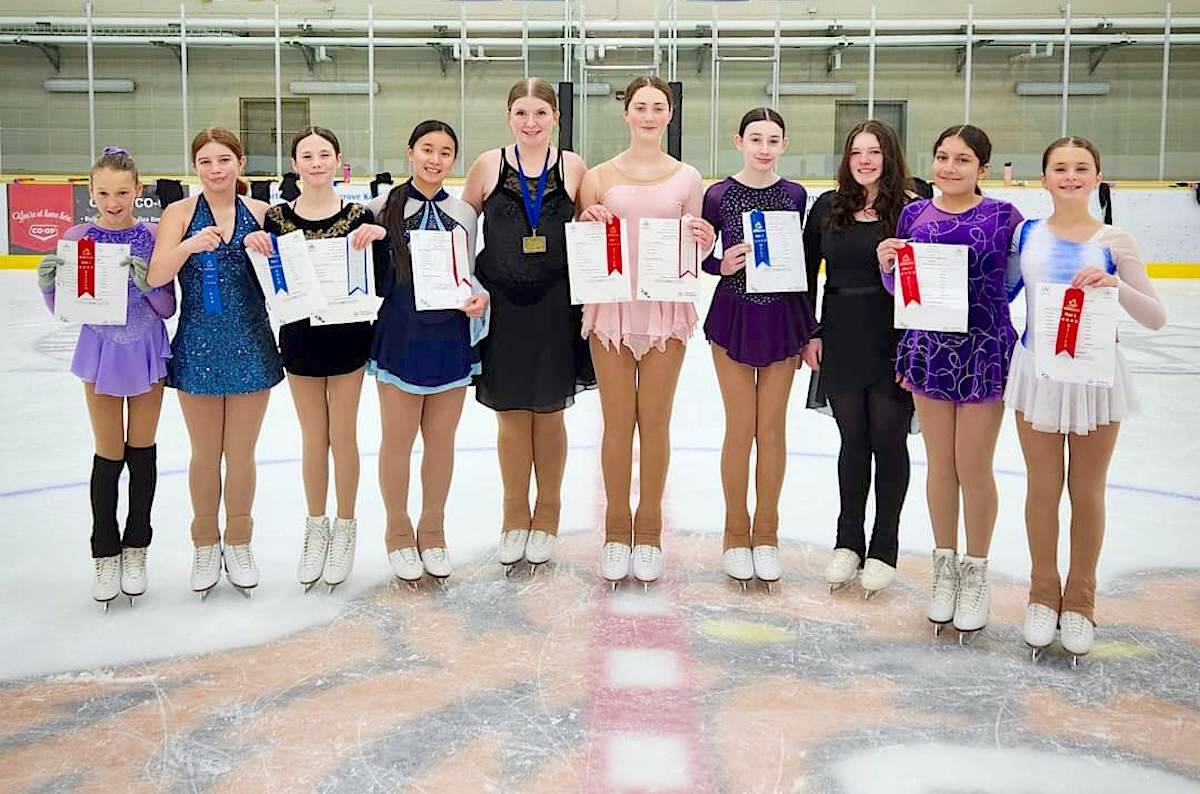 Aldergrove Skating Club Synchro teams also came home from South Surrey with some new neck ornaments, including gold in the Star 4 (Synchro Free Program) by the Snowflakes — the club’s youngest team — and a gold win in the Juvenile Star 6 division by Snow Crystals, as well as a silver for the Novice Icicles.

An upcoming big meet for the Aldergrove Skate Club will be the 2023 West Coast Challenge Synchronized and Adult Skating Competition on Saturday, Feb. 11 hosted by the club at the Aldergrove Credit Union Community Centre.

It will be conducted in accordance with the rules as set forth in the current Skate Canada Rulebook.

Admission is $5 (six and under get in free). Skate Canada members will be admitted free by showing their current membership card.

Two goals by new Giants captain not enough for win