On Sunday, Feb. 27, the inaugural Graeme Wills Memorial game was held in Aldergrove, pitting his team, the Aldergrove Players FC, against the LUSA Knights.

The Fraser Valley Soccer League masters division 1 match-up ended with a 5-3 win for the Knights, who were presented with the memorial trophy.

Wills, 47, who died on New Year’s Day, Jan. 1, was remembered as a dedicated player by Aldergrove team manager James Stumph.

“He played on Aldergrove Players FC through COVID, through thick and thin,” Stumph told the Langley Advance Times.

Mills had a “love and passion for the game,” recalled Stumph.

“He was good teammate and an even better friend.” 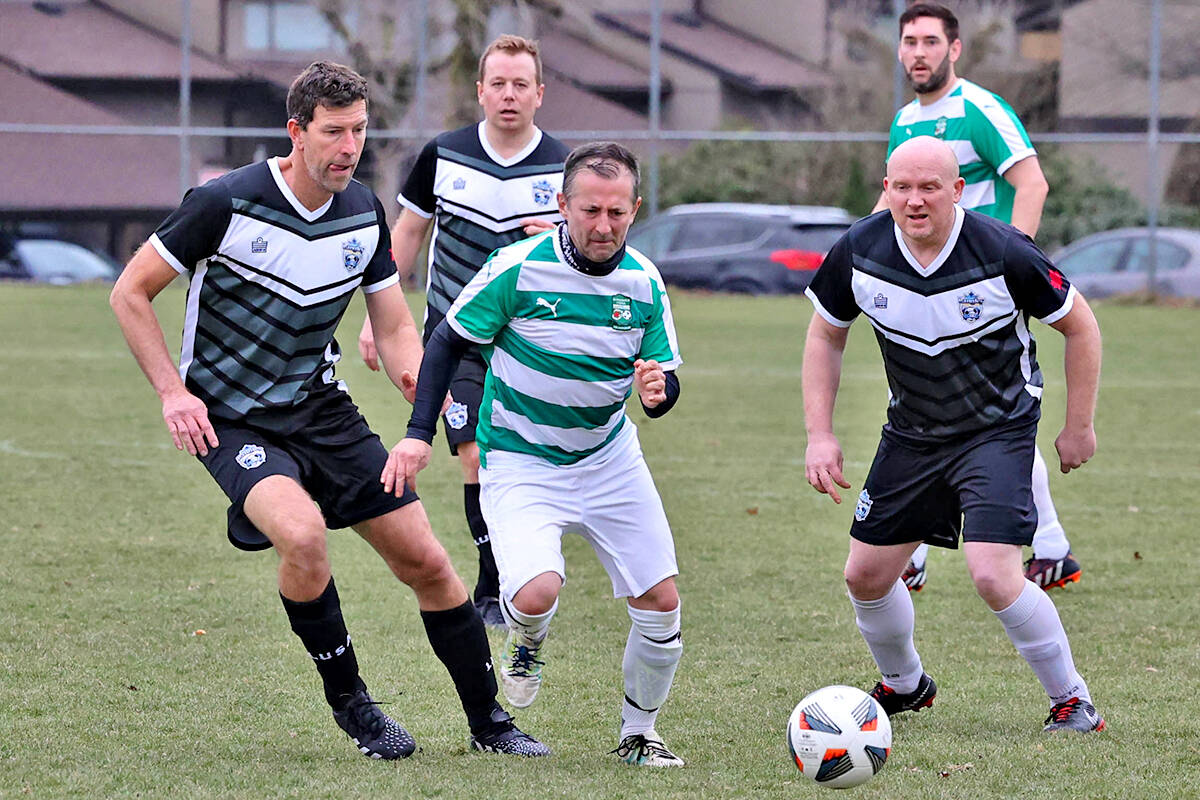 Will, a free kick specialist and centre midfielder, wore no. 28 on his jersey.

There was a moment of silence before the game, and at 28 minutes, action was paused to allow spectators, players and referees to applaud his memory.

His wife and children were present.

“It was an opportunity for family and friends to show overwhelming support for Graeme,” Stumph explained.

Stumph said the plan is to make the game an annual end-of-season event.

Wills, a Walnut Grove resident, is survived by his wife and three children.

“He will always be remembered as the hopeless romantic, happy English lad that loves karaoke and his daughters deeply,” it said.

With the consent of Wills’ wife, a note on suicide prevention and awareness was added to the GoFundMe post by fund co-organizer Cherry Fedalizo.

“Mental illness is a very real disease that many of us have experienced or endured at one point in our lives, especially during the Covid pandemic,” Fedalizo wrote.

“Being kind to others is important when we do not know the struggles they may be facing. In Graeme’s memory, please be kind to others. If you or someone you love is experiencing suicidal thoughts, please reach out for help.”

The message included a link to the online Canada Suicide Prevention Service.